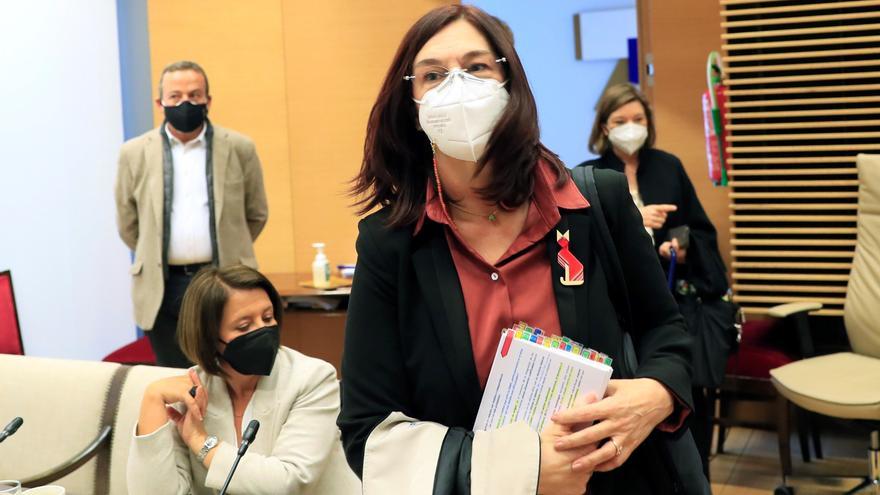 The president of the National Commission for Markets and Competition (CNMC), Cani Fernández, already makes decisions that affect companies that she advised as an elite lawyer at the Cuatrecasas law firm. The agency's records have just published a resolution favorable to the interests of a subsidiary of the technology giant Uber, its client before taking office in June 2020.

On December 21, the CNMC Competition Chamber, with Fernández as president, agreed follow the criteria of the body's Competition Directorate and not initiate a sanctioning procedure in the Spanish market for online delivery management platforms for the exclusivity contracts with the restaurants that the operators in the sector have.

In the file, the affected party was Uber Eats, a subsidiary of Uber, along with Just Eat, Deliveroo and Glovo, as stated in the resolution. This indicates that "it is appropriate not to initiate the sanctioning procedure, as well as the filing of the actions followed from the complaint filed."

"The President did not incur a conflict of interest, so she could perfectly participate in the deliberation and resolution," the agency said in an email, to questions on this matter.

Fernández was a lawyer for Uber in its war against the Spanish taxi before the Court of Justice of the EU, in a lawsuit to determine whether the US group's app should be considered a transport service, as required by the Barcelona taxi sector, or only as a service of the information society, as Cuatrecasas unsuccessfully defended.

The unfavorable sentence for Uber was issued on December 20, 2017. It is unknown until what date he advised the American giant Fernández, who when he was proposed for the position promised that he would go "beyond" even what the regulations require to avoid conflicts of interest.

According to the law of incompatibilities of senior positions, they are involved in a conflict of interest when they make a decision that affects companies to which they have been professionally linked in the two years prior to the appointment.

"I assure you that there will never be a conflict of interest, that I will abstain even voluntarily when the law does not require it but I must go a step further, and that I will also do so not only for the neutrality of the independence of the CNMC but for its prestige and good name," Fernández promised the deputies when it was proposed by the Government in June 2020.

"Regarding my previous professional stage or any other source of potential conflict, I guarantee you, of course, that there will never be a conflict of interest. In case of any doubt, I will refrain from hearing about the matter and will guarantee the independence and neutrality of the CNMC. , but also his prestige and his good name," he insisted.

Then, Fernández predicted that there would not be "a significant number of issues in which there will be conflict and, of course, that situation of lack of operability that worries them will not occur." She also announced her resignation from the leave of absence that she had requested months before in Cuatrecasas to join the Cabinet of the Presidency of the Government that Iván Redondo directed at that time.

The resolution that agrees to file that complaint in which Uber Eats was an affected party indicates that "it is not considered that the parallel networks of vertical agreements that contain exclusivities by the different operators are likely to have a significant impact on the competitive capacity of third parties current or potential competitors or significantly restrict competition in the affected markets. Consequently, there are no indications that these agreements may be restrictive of competition, either individually or considering their cumulative parallel effect".

Fernández's signature also appears in several resolutions dated last October related to the automotive cartel dismantled in 2015 by the CNMC. Fernández was the architect of the leniency request that allowed the Volkswagen group to denounce the facts and get rid of almost 40 million in fines.

Now, it has signed the resolutions that have slightly reduced the fines for some of the offenders as their resources have been partially estimated by the National High Court and the Supreme Court. The entity imposed the largest fine in its history on the 99 participants in that cartel, of 171 million euros.

The issue of possible conflicts of interest has accompanied Fernández since he was proposed for the position. For her brilliant career as a lawyer for numerous companies such as Mediaset, fined together with Atresmedia 77 million euros by the CNMC for the television duopoly in a dispute pending resolution in court. And for the activity of her husband, Jorge Padilla, another renowned competition lawyer, senior managing director and head for EMEA of the consulting firm Compass Lexecon.

This firm specifies on its website that Padilla "will not represent clients" before the CNMC for the duration of his wife's mandate at the head of this body.

Last August, Competition took refuge in "the client-attorney confidentiality relationship" so as not to detail the conflicts of interest in which its president has been immersed. Among the files in which, as the CNMC recognized at the time, she was "conflicted", without specifying the company affected or the reason, are the fine of 61.2 million to a cartel of 12 construction companies for dividing up contracts for the conservation and operation of highways from the Ministry of Public Works.

Fernandez's signature also does not appear in the file of several film distributors that the Competition Chamber agreed to file in September; nor in the resolution that authorized the purchase by Ribera Salud of 65% of the private hospital in Denia from the insurer DKV; nor in the one issued in October by the Competition Chamber to decide to file a complaint from several engineering employers against the public company Ineco, in a decision that had the vote against by two directors of the body who asked to return the file to the Directorate of Competition of the CNMC. The entity does not specify if Fernández was "conflicted" in those cases.

A little less than a year ago, in another appearance in Congress in which denounced the lack of resources and autonomy of the body, the president of the CNMC gave some information to the deputies about the conflicts of interest that had surfaced until then. He explained that he had had to abstain on 11 occasions, referring to six issues, out of a total of 698 decisions.

"I abstain when appropriate" and this situation "is not blocking" the "normal" functioning of the institution, he said. The agency has opted for a low profile in the recent electricity price crisis despite calls from the Government to investigate possible abnormal behavior.