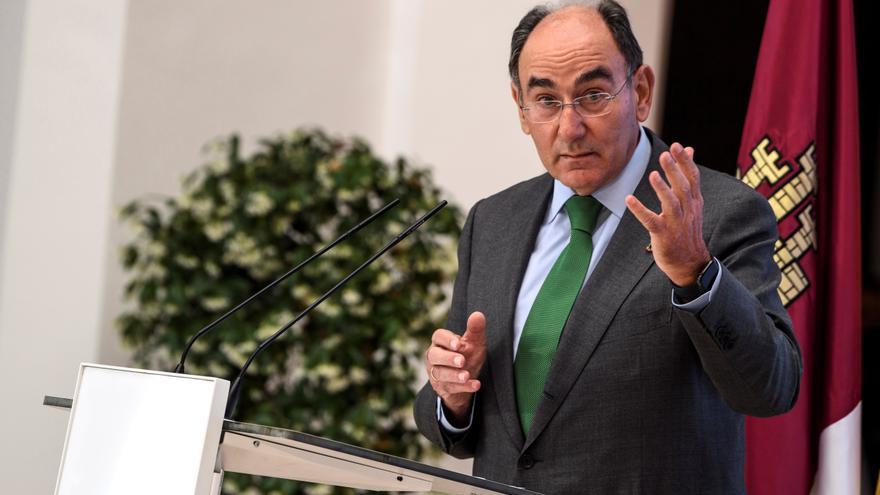 The president of Iberdrola, Ignacio Sánchez Galán, has rejected this Wednesday the "unexpected charges" that the Government wants to apply on nuclear, hydraulic and wind installations prior to 2005 based on the "false" argument that they receive benefits from the sky and are already amortized. "It is not true", has underlined Galán, who has demanded "legal security and certainty" to invest, reports Europa Press.

Galán has thus attacked, during his speech at the II International 'Expansion' Economic Forum, against the draft law to correct the so-called carbon dividend received by non-emitting power plants (hydraulic and nuclear and the oldest wind power plants) as a result of the costs of CO2 in the emission rights market.

The president of Iberdrola has assured that these facilities are in many cases in losses and far from being amortized. "To say otherwise is to be untrue. There are the accounts in the Mercantile Registry," he indicated.

"In conjunctural situations, structural decisions cannot be made," said the executive, who has shown his confidence in the commitment expressed by the fourth vice president and Minister of Ecological Transition, Teresa Ribera, "whom I value and have supported on many occasions" .

Galán has trusted that throughout the parliamentary process and through dialogue, a solution will be reached in line with the legal framework, which will give certainty to the investments to achieve the objectives set.

"At Iberdrola, we are open to this dialogue to achieve a balanced, stable and incentive framework, to attract these investments, always taking into account social factors, and not making the costs of companies exorbitantly expensive," he stated.

"We need clear planning, avoiding surprises and contradictions, and acting with dialogue and consensus, creating mechanisms to encourage those who comply," added Galán. The fourth vice president spoiled the PP that now criticizes the bill in the Senate on Wednesday when she proposed a similar measure in Congress on May 26.

During his speech, Galán welcomed the consensus that the green transition arouses between citizens, financial markets, political and business leaders. "I, who have been the discordant voice, preaching many years in the desert, for me to perceive this change is a satisfaction," he said.

The manager recalled that he has supported and helped to generate a European CO2 market that can fluctuate according to climate objectives. "We must not tear our clothes if the price of CO2 rises or falls. It is a migration mechanism. We must seek balance in this regard," he indicated.

However, it has made it clear that the income from this CO2 market goes to the coffers of the States, and that Spain is going to enter 2,500 million this year for those prices.