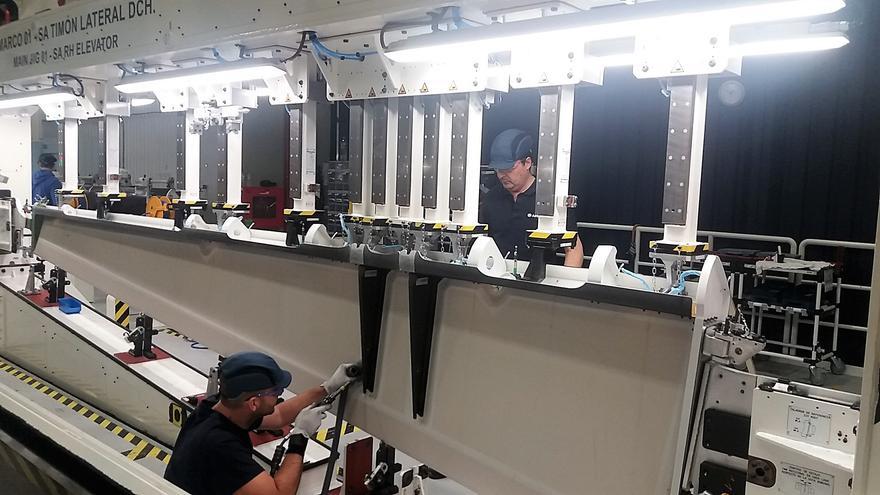 The president of Airbus in Spain, Alberto Gutiérrez, has expressed his confidence in being able to save the company’s plant in Puerto Real (Cádiz), which has about half a thousand workers, although he has warned that “their situation is critical” .

At the ‘NEF Tendencies’ event organized by Nueva Economía Forum, Gutiérrez assured that the company is “looking for solutions” within the framework of negotiations with social agents. In addition, it has expressed its concern that the plant is located in “a repressed area”, so it has pledged to do everything possible to “maximize workload and employment.”

Regarding the situation at the Puerto Real plant, he explained that the problems are due to the stoppage of the construction of the giant A380 aircraft, which is the one that represents the largest workload of the plant and that Airbus has stopped producing, therefore that the activity is minimal.

In this sense, he recalled that Airbus decided to increase its presence in Cádiz with the creation of this factory, whose greatest potential is its proximity to the Bay, which makes it attractive for the manufacture of large aircraft.

However, he pointed out that Airbus “is a multinational with a Spanish presence and a European vocation”, which allows “to compensate for activities in one place and another” and to face extreme situations such as that caused by the pandemic, in which it has reduced by 40% the production of commercial aircraft.

In this sense, Gutiérrez has indicated that in Spain the company still has to amortize 600 jobs of the nearly 1,700 that it agreed to reduce last March, due to the start of the pandemic.

Thus, he stressed that so far it has been applied basically with “non-aggressive” measures such as voluntary departures or early retirement, and has ensured that the will is to continue in this line through negotiation with social agents. However, he has warned that “it is not ruled out” having to apply a plan of forced layoffs, although “it is not the route with which we work.”

Gutiérrez has highlighted the macro-project in which he is working hand in hand with Iberia, to which other companies such as Vueling, Aena or Enaire could join, which will choose to receive European funds for the development of the aeronautical industry.

Regarding this project, he defended that investing in the air sector can multiply resources, since each euro can be converted into 2.6 euros of additional GDP growth, thanks in part to its link with tourism.

In addition, the president of Airbus Spain stressed that connectivity and mobility “will continue to grow exponentially”, since the objective is “to move more without emissions and not to move less to emit less.”

Regarding the results of the 2020 financial year, he stressed that Airbus has tried to do “the best possible” during the pandemic and highlighted that in Spain a large part of the activity is based on defense, helicopters and aerospace, which have been “less affected than commercial aviation. ” Regarding the possible recovery, Gutiérrez has indicated that much of 2021 “will continue to be complicated.”

During Gutiérrez’s talk, the Minister of Science and Innovation, Pedro Duque, also intervened, who announced that the Government will approve the Aeronautical Technological Plan “very soon”, an initiative that will have 160 million euros. The minister stressed that the development of aeronautics should be “one of the tractors” of the Recovery Plan for the Spanish economy, in line with the objectives set by the European Union.

In this context, the minister has addressed the moment when commercial aircraft that do not emit carbon dioxide become available, which Gutiérrez has placed in 2035.

Specifically, the president of Airbus in Spain has indicated that the company works with this objective, which can be achieved thanks to hydrogen and the electrification of airplanes.

On the other hand, Gutiérrez has valued the future approval of the Aeronautical Technological Plan and has defended the impact of this type of initiatives in the sector.

Telefónica reduces the dividend by 25%, to 0.30 euros per share | Companies