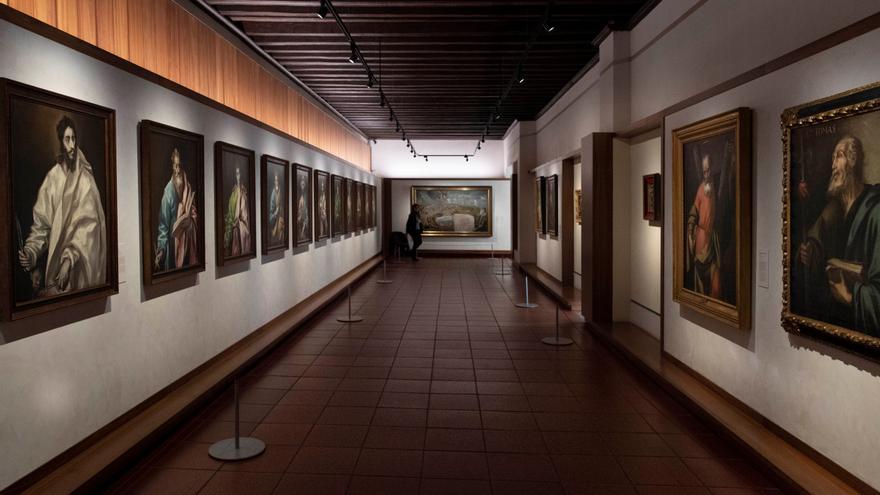 Toledo, Mar 30 (EFE) .- On April 7, the date on which the death of El Greco is commemorated in Toledo every year, several museums have paintings by Domenicos Theotocopulos, including the Prado, the Thyssen Bornemisza, the Fine Arts in Seville, the Museo del Greco or the Benaki in Athens will connect live to show their Grecos.

It will be one of the activities that have been organized to commemorate El Greco’s Day, as reported by the El Greco Museum through its website, consulted by Efe.

El Greco died in Toledo on April 7, 1614 and every year the Museo del Greco, located in Toledo’s Jewish quarter, organizes activities to commemorate the anniversary.

In 2021 there will be online activities, including a direct on the Instagram social network in which museums such as the Prado, National Heritage, Thyssen Bornemisza, the Fine Arts of Seville or the Benaki of Athens, among others, will show their works of the live painter.

It is about looking at “other collections to see the Grecos that they conserve”, the Toledo Museum pointed out, adding that the initiative will take place at ten in the morning on Wednesday, April 7, and will be recorded and available once it has been completed. .

Another activity will follow the hashtag #WeLoveGreco from previous years, and from April 5 to 11 people are invited to reflect through the Museum’s social networks on the influence and survival of elements of El Greco’s work in art and pop culture.

In this sense, the Museo del Greco has advanced that it will upload to the networks “curiosities and works inspired by El Greco that reflect the importance of the image and its transformation with pop art, which has not neglected iconic images of the Cretan master” .

The public is invited to share images of objects and souvenirs “of all kinds” that refer to El Greco with the hashtag #WeLoveGreco.