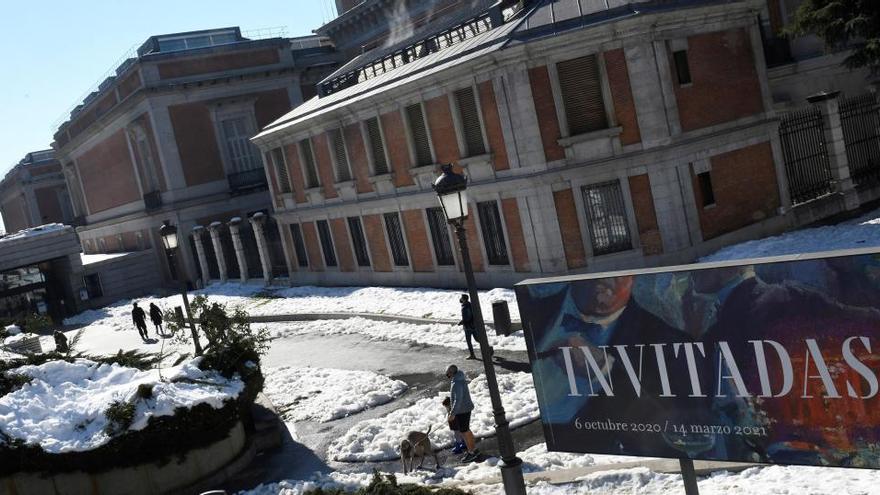 The Prado Museum will undertake a rearrangement of your collection during 2021, which will affect the European painting of the eighteenth century, the rooms of Goya and 19th century painting, the latter with a completely new discourse and with more weight of women.

The objective of these renovations is, according to the director of the museum, Miguel Falomir, have a “more inclusive” Prado. The remodel will increase the number of works by women and will also include works from historical periods and countries that have traditionally been outside the permanent collection.

The museum has made this decision motivated by the success of “Reencuentro”, the exhibition of his collection that he prepared for the reopening after confinement by the pandemic and that concentrates his masterpieces in the great central vault.

The increase in more works by women concentrates on the 19th century section and some of them will be new acquisitions, although he has not disclosed more details.

In recent years, the Prado has been organizing exhibitions of women artists. Right now it has on the poster “Guests”, an exhibition on official art from the 19th and 20th centuries that delves into the discourse on the figure of women and that, despite its commitment, has been criticized by some feminist groups, who believe that it should have been more ambitious.

Along the same lines, the Prado will create a specific research grant on women artists, thus becoming the first Spanish museum to do so, Falomir, who has presented the institution’s programming for 2021, has underlined.

The rooms dedicated to Goya, which are now three, they will also undergo modifications, such as the incorporation of European works. At the moment, the project to unify them in a single area is blocked due to the lack of space, but when the Hall of Kingdoms is inaugurated – which is planned for 2025 – a deeper reorganization will be considered.

This year the museum will also incorporate a new room dedicated to the history of the museum and its buildings, named “Prado 200”, and will recover the Ionic Gallery from the main building to remove 51 pieces of classical sculpture from the warehouses.

Although 2021 is presented as a year marked by austerity, due to a drop in visitors that is currently around 70 percent, the museum has prepared a series of temporary exhibitions, some postponed due to the pandemic and others completely new made with their own funds so as not to incur large costs.

The most important of all is “Mythological passions”, an exhibition scheduled for 2021 and co-organized with the National Gallery, the National Galleries of Scotland and the Isabella Stewart Museum in Boston (USA), and which will bring together for the first time in more than a century the six “poems” that Titian he painted for Felipe II.

The exhibition has works that are not usually loaned and that have been made for this occasion. The exhibition comes from London, where it has been closed twice due to the pandemic and will be more ambitious than its English version, with works by Rubens, Ribera, Poussin or Velázquez. “It is an unprecedented effort”, Falomir has pointed out.

At the end of the year it will come “Tornaviaje. Ibero-American art in Spain”, another great temporary exhibition postponed, and that will open a window to the rich artistic heritage from America preserved by cultural, religious and private institutions in Spain.

“The American world is absent in the museum, the time has come to make this exhibition“Falomir said.

In the section on exposures made with own funds you will find “Marinus van Reymerswale”, “The prodigal son of Murillo and the art of narrating in the Andalusian Baroque” and “Leonardo and the copy of Mona Lisa. New approaches to the practices of the Vincinian workshop”.

Van Reymerswale’s is an exceptional case. The Prado treasures a large part of the work of this enigmatic Flemish painter dedicated to portraying figures from the financial sphere and who has his first solo exhibition and his first catalog in the museum. “We are tired of seeing his works in history and economics books”Falomir has said.

There will be other small formats, such as the works acquired with the legacy of Carmen Sánchez, the unknown teacher who bequeathed all her assets to the Prado (800,000 euros -about 968,000 dollars) so that the institution could acquire paintings, and that Falomir is convinced that the teacher would have liked them.

Falomir has assured that the museum, which was closed for three months due to the pandemic, does not have a “plan B” for a possible new confinement, On the other hand, it has underlined the exceptionality of being open despite the restrictions.

“Madrid is the only European capital that maintains a cultural activity worthy of renown. Sometimes we tend to be extraordinarily self-flagellating with ourselves, “he stressed,” but my American and European colleagues are envious that we are open. ”

In addition to the economic losses, the pandemic will certainly generate “new trends”, especially in digital activity that “is going to intensify”. The aid from European funds, of which the Prado will receive about 5 million euros (about 6 million dollars), will be linked to just that, to the development of digital initiatives.

“Digital activity is going to be increasingly important -He stressed-, but it will not compete with the face-to-face. ”