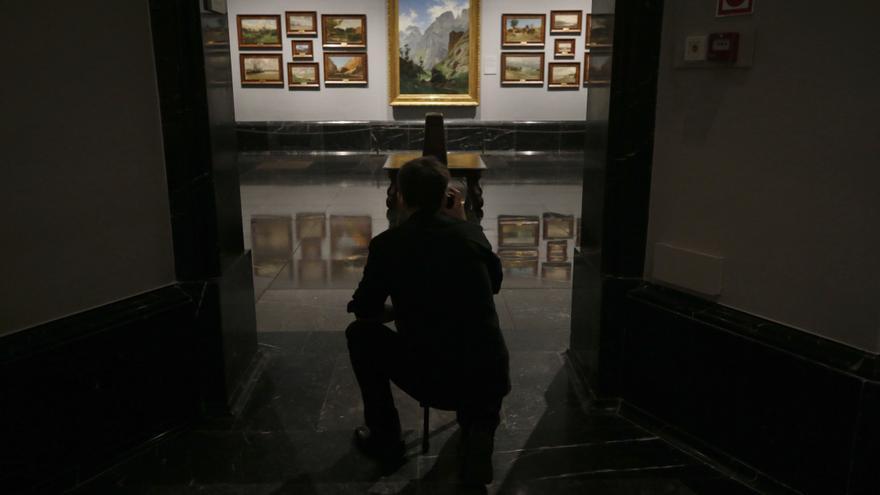 The Meadow reorganizes its 19th century collection with a “more complex, rich and varied” proposal that increases the number of women, foreign authors and new formats, in one of the “most ambitious” interventions of the attacks by the art gallery in the last decade, according to its director Miguel Falomir.

“One of the few things that has made the pandemic it is that it has allowed us to accelerate the processes ”, said Falomir, who has presented the changes, the most important since the expansion of a decade ago.

The Prado, which has maintained much of its rooms closed since last year Due to the pandemic, he has found in this atypical season the time to think about how to tell one of the key periods in his history, the 19th century, which includes Goya, Madrazo, Sorolla and other fundamental names in his collection.

The remodeling affects 15 rooms and the numbers account for the changes undertaken: more than a hundred new works (before 170, now 275), women go up to 13 (before 1), foreign painters are multiplied by 4 (from 10 to 37) and the decorative arts enter with new formats such as miniature or medals. The main objective of the tour has been better contextualize Spanish art in this period. Starting in the 19th century, the Prado collection became more Spanish and foreign painters fell.

The rooms dedicated to Goya are the ones that have undergone the least changes. The one dedicated to the ‘Black Paintings’ remains intact, the fundamental change is the room that hosts the episodes of May 2 and 3 in Madrid, ‘Los Fusilamientos’ and ‘La lucha con los mamelucos’.

Both paintings now have ‘La muerte de Viriato’ by José de Madrazo in front of them, a change that sums up much of the objectives of the new route. “The history of art is not a linear phenomenon in which one style succeeds another, but there are moments when antagonistic styles coexist as seen in these works ”. “It seems impossible that it was being painted at the same time,” emphasizes Falomir.

The new proposal tries to contextualize the Prado collection with “more cosmopolitan coordinates”. Thus, European neoclassicism has a greater presence with new Swiss, German, French or English authors, who embrace the new airs of the nineteenth-century neoclassical style, such as the Englishman Thomas Lawrence, the Frenchman Pierre Guérin and the German Gottlieb Schick. The aim is to give an overall idea of ​​European art, which also allows us to see how Goya is related to this entire movement.

The presence of women artists, a historical vindication from art critics to the gallery, adds new works, some of them acquired for this renovation. The 12 new creators have “naturally integrated where they belong”, instead of making a room dedicated to women, which would not have made sense.

Maria Blanchard, Rosa Bonheur, Aurelia Navarro or Maria Roësset are some of the additions to the tour. A little less than half correspond to the new miniature showcase that the Prado exhibits for the first time in its history. Is about forty works of exceptional value that until now remained saved. “The main difficulty for a woman who wanted to paint was that she could not always have a workshop, the miniature was the easiest thing to start with,” explained Letizia Azcue Brea, Head of Conservation of Sculpture and Decorative Arts at the Prado.

The decorative arts are better represented in this new tour that has added more sculptures, medals and miniatures: “The Prado is not just an art gallery, that is why we have decided to reinforce the presence of the decorative arts.”

The Prado Museum is reformulated EFE

One of the most curious rooms on the new route is a colorful room of portraits and self-portraits of 52 painters, arranged in several rows, among which are the self-portraits of Maria Roësset and Aurelia Navarro. This arrangement is a nod to the great 19th century portraiture tradition. Among the authors gathered are the best artists of the century, many of them authors of the 200 works on display.

Historical painting, the keynote in the first rooms of the route, which coexists with the rise of naturalism, gives way to a greater presence of social painting, which became one of the most widespread trends in the last decade of the 19th century. In the last rooms you can see additions such as’ A workers’ strike in Vizcaya ‘by Vicente Cutanda, along with the famous’ They still say that fish is expensive!’ of Sorolla.

These works of a social nature they seek objectivity, but also criticism of the social reality of the time. Filipino art is added to this social section, a trend that is increasingly valued in auction houses. The Prado has a large collection of this unique current throughout the Asian continent.

The changes are profound and remarkable, with 57 completely new authors, but some rooms have not been touched, such as Madrazo or Rosales.