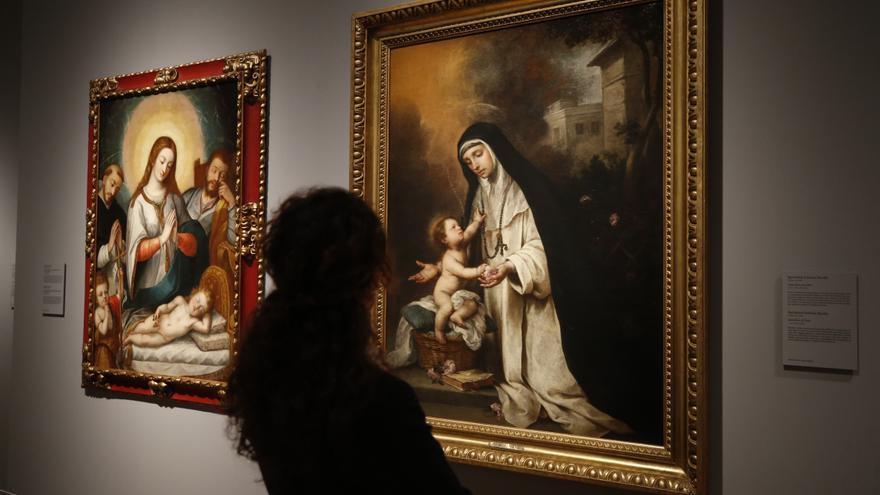 “Bringing the Spanish public an ignored story about Ibero-American art”. The exhibition ‘Tornaviaje. Iberoamerican Art in Spain ‘, which reaches the Meadow to present the traffic of artistic works between Spain and Latin America after the conquest of the new continent through more than a hundred works.

“The main thesis of the exhibition is to tell the Spanish public a story that it ignores: that artistic traffic is not unidirectional as we had been told, but is made up of a two-way flow,” said the director of the National Museum this morning del Prado, Miguel Falomir, on the exhibition, which aims to “That the public become familiar with the art viceregal”.

After the conquest of America and until Independence, “more objects from America than from Italy or Flanders” arrived in Spain, and they did so in a bidirectional flow, which becomes the common thread that takes the exhibition, whose opening was scheduled for the last year and was postponed due to the health crisis.

“It is not that this stage has been less studied, but it is less known by the general public,” the curator of the exhibition, Rafael López Guzmán, Professor of History of Ibero-American Art at the University of Granada.

“They are works that arrived in viceregal times, especially in the Modern Age, and that little by little they have lost the history of their story: why did they arrive, what were their functions or their origin “, he explains about the works, many of them belonging to the old royal collection, together with the one exhibited in the same palaces as works by Rubens or Velázquez.

It is precisely in this way that the pieces “have been mixed with our heritage”, a starting point for which the Prado brings together these works in order to offer a more complete vision of the circulation of these artistic objects, which “did not have a specific specificity when it came to being studied“And that they now meet in a large group with” a full meaning. ”

Made by mestizo or indigenous artists, the objects present unknown materials, themes and techniques that speak from the “identity aspirations of the Creole elites” to documentary, devotional and aesthetic motivations, and which arrive at the Prado after a meticulous four-year work .

“The exhibition is divided into four thematic areas that play with the concept of tornaviaje”, Explains the curator about the structure of the exhibition. At the exhibition, which will remain in rooms A and B of the Jerónimos building until February 13, visitors can see a total of 107 works, of which 26 have been restored for the occasion.

Some of the works of ‘Tornaviaje’. EFE

In a story that reveals the culture of the American viceroyalties emphasizing “their iconographic and symbolic values”In addition to those granted by the recipient societies, the sample is structured around four different sections.

“First we analyze the American geography and how it was organized, taking into account the process of conquest,” explains López Guzmán about the first part, ‘Geography, Conquest and Society’, in which the ‘Screen of the Conquest of Mexico and The Very Noble and Loyal City of Mexico’ (1675-1692) stands out, which reflects “the ideology of the Creole elites”.

The second section, ‘Images and cults back and forth’, speaks of “the devotional elements that come and go from America”, an axis in which worship and catechization take on a great role, since “they justified the conquest at an ideological level”, and whose section highlights the work “Santa Rosa de Lima ”by Murillo.

The third part corresponds to ‘The crossings of art’, which cater to “those objects that come from America. From private civil trousseau to ecclesiastical “, and in which the commissioner highlights the ‘Obrador Quiteño’, silver with rhinestones and inlays that, dated from the early 18th century, is” the first time it has been publicly exhibited due to its great value. ”

The last section, ‘Impronta Indiana’, talks about the “hybridization between cultural elements, configuring” a more plural art history, where pieces made with the encochado technique gain relevance, “an art made with shells halfway between the painting and artisan work ”.