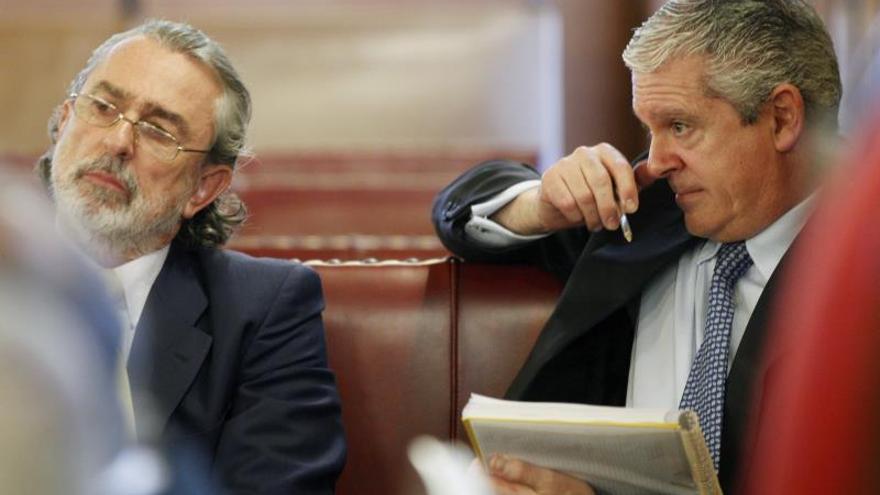 The PP will return to sit on the bench within a year. The National Court has already indicated the date of the trial of the separate piece of Boadilla, within the Gürtel case, and where the instructor of the case, José de la Mata, considers that the party is a lucrative participant, so it has already been doomed in the main room. Over seven months and 54 sessions, from September 22, 2021 to February 24, 2022, 27 defendants will respond to the Justice, according to the resolution dated June 15 and accessed by elDiario.es .

The last trial of the plot and that encompassed Gürtel’s early days ended the government of Mariano Rajoy two years ago. The ruling, of May 2018, not only condemned the leaders, but also the PP as a civil liable for profit for benefiting from 245,000 euros of corruption and also established the existence of the PP’s box B by referring to a “financial structure and accounting parallel to the official “. The mastermind of the plot, Francisco Correa, ended with a 51-year prison sentence.

In the Boadilla piece, the bribes that Correa’s companies gave to authorities and officials of the Madrid municipality between 2001 and 2009 to obtain bids have been investigated. As Judge De la Mata pointed out in one of his proceedings, the plot “came in practice to direct all public contracting” of Boadilla del Monte, a historic fiefdom of the PP in Madrid.

Thus, Correa now faces a request for 76 and a half years in prison from the Anti-Corruption Prosecutor’s Office. In the case of the Popular Party, the Public Ministry considers that the PP is a lucrative participant and that it obtained 204,198 euros from the network to finance its electoral campaigns.

Among the accused is also the former mayor of Boadilla, Arturo González Panero ‘El Albondiguilla’, for whom the Prosecutor’s Office is requesting 40 years and nine months in prison. For the former Secretary of Organization of the PP of Galicia and partner in Correa’s companies, Pablo Crespo, asks for 64 years and seven months in prison. Crespo was already sentenced to 37 and a half years in the previous Gürtel trial.

The former deputy of the PP and director of the Hispanic construction company, Alfonso Bosch, could end up with a sentence of 23 and a half years in prison, while the former councilman of the Boadilla City Council, José Galeote, the Prosecutor’s Office asks for 22 and for the accountant of the lock , José Luis Izquierdo, seven and a half.

The builder and media magnate in Castilla y León, José Luis Ulibarri, among the accused

On the bench will sit the constructor and media magnate in Castilla y León, José Luis Ulibarri. The Prosecutor’s Office asks for 7 years and 1 month in jail for alleged crimes of prevarication, fraud against public administrations, influence peddling, crime against the Public Treasury and another continued falsification of a commercial document. Always according to the thesis of the investigating judge, the Ulibarri company, UFC SA, obtained the award of a plot in Polígono B, of the Urban Planning Plan of Boadilla for 35 million euros and a million illegal commission would have been paid that was covered up with payments for services that were not rendered.

The reporting of this trial worried Ulibarri, as could be seen in the wiretaps authorized by the judge in Operation Enredadera, a network that allegedly rigged public tenders and led by this businessman. In one of the conversations captured by the UDEF and transcribed in a report, the businessman asked his lawyer, the renowned criminal lawyer Luis Rodríguez Ramos, speak with someone “from above” so that the prosecutors in Boadilla’s room would receive “guidelines”. Otherwise, the builder claimed, they would be “lost.”

Ulibarri, owner of several media in Castilla y León, including 50% of Televisión Castilla y León, also appears as investigated in Púnica, Enredadera and in another piece by Gürtel, the one referring to Francisco Correa.

With Ulibarri, others of the usual ones on Gürtel’s bench will share the bench, such as the administrator of the companies Isabel Jordán, the businessman Alfonso García Pozuelo, Jacobo Gordon, one of the repentants in the first trial of the plot or José Ramón Blanco Balín, the financial architect of the plot, among others.

The president of the Constitutional Court will not attend the act of handing over the dispatches to the judges of Barcelona, ​​alleging scheduling problems