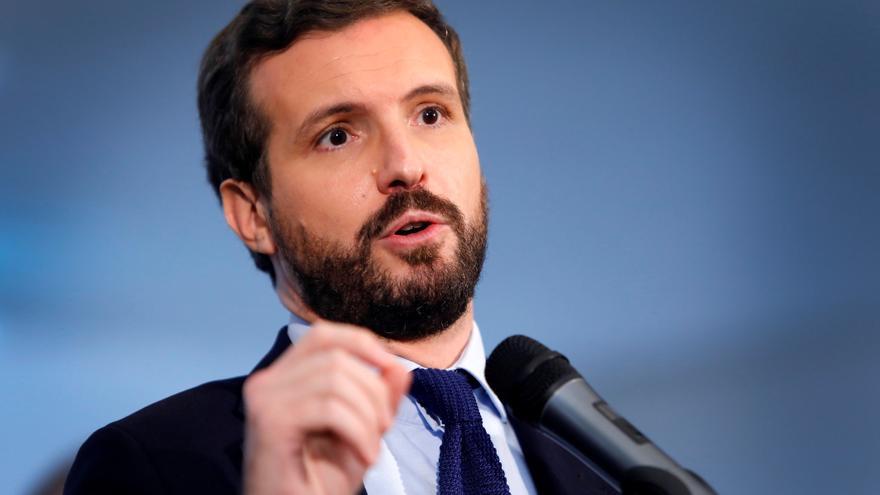 The same Popular Party that He has been accusing the Government of “making a pact with the murderers” for days. of the now defunct terrorist group ETA for the support that EH Bildu has announced to the General State Budget, this week has added its votes to those of the formation of the Abertzale left, ERC and Junts to approve a total of 17 of the 18 amendments approved in the plenary session of the Congress of Deputies to correct the Accounts that are being processed in the Lower House and that will foreseeably go ahead this Thursday with a large majority.

Regarding the jointly approved amendments referring to additional, transitory, repealing and final provisions and annexes, the popular ones have supported nine corrections presented by ERC and two by Junts. In an initial block of eight Republican amendments, they managed to get ahead with 182 votes in favor, which were added by PP, Vox, ERC, Compromís, BNG, Junts, Más País, Ciudadanos, EH Bildu, UPN, Coalición Canaria and the CUP. The PSOE, United We Can and the PNV voted against it, among others.

In this first group, there are corrections that have to do, among other matters, with the “authorization of payments on account for the suburban and regional services of transfers to the Generalitat de Catalunya”, the “financing of the Autonomy System and Attention to the Unit “, the” adaptation of the specific complement of personnel at the service of the administration of justice “, the” recognition of social security contributions to personnel of the administration of justice “or the” additional replacement fee for the local police “.

PP, EH Bildu, and Junts – in this case ERC has abstained – have also agreed to approve two amendments by Junts referring to the “integration of contribution gaps in the retirement pensions of the self-employed and agricultural workers”, as well as for the “Adequacy of agricultural electricity supply costs”.

Regarding the amendments referring to the sections of the new accounts, the PP has added its votes with EH Bildu, ERC and Junts – in addition to other groups – to approve corrections on the creation of a new police station in Girona, expand aid to Vocational Training –both amendments presented by Junts– or different funds such as the one for improving the employability of people with disabilities or the one for “recovery of industrial employment in areas with a high rate of loss of industrial fabric”.

In the last days, and in search of new ways to oppose to the Government after the failure in Congress of one of Pablo Casado’s great bets, the so-called legal “plan B” against the state of alarm –which was rejected two weeks ago by a large majority of the Lower House-, the leadership of the PP recovered the old mantra of trying to link the left in power with the now defunct terrorist group ETA, nine years after the end of the violence.

The predisposition manifested by EH Bildu to support the Budgets Generals of the State was the trigger used by the PP to put ETA back at the center of its political discourse against the Government, and it also served as a new argument to maintain the blockade of the Council renewal General of the Judicial Power (CGPJ), pending since 2018 due to the refusal of the leadership of Pablo Casado to agree with the progressive Executive.

Genoa 13 gave the order 15 days ago to all party officials so that the alleged link between the left and terrorism be denounced in all the public appearances of the popular for the willingness of EH Bildu to support the Budgets. Casado’s team to send an argument internal –slogans that the leadership of the PP sends every day to all its leaders– urging all his positions to use that possible budgetary support to wear down the PSOE in all the institutions.

During the control session of the Government on November 18, Casado raised the tone even more against the Executive for this supposed agreement with EH Bildu. “You have agreed with the assassins of Hipercor,” said the leader of the PP to the President of the Government, Pedro Sánchez, alluding to the attack that ETA perpetrated in 1987 in the aforementioned shopping center in Barcelona, ​​killing 21 people, and thus giving In fact, the members of the Basque independence group were also part of the terrorist organization, which announced the end of the violence nine years ago and its total disappearance two years ago.

“They have Batasun politicians who were the ones who gave data to later mark the victims, as happened with Miguel Ángel Blanco,” said Casado during his parliamentary intervention referring to EH Bildu, a formation with which the PP has now agreed in up to 17 voting.