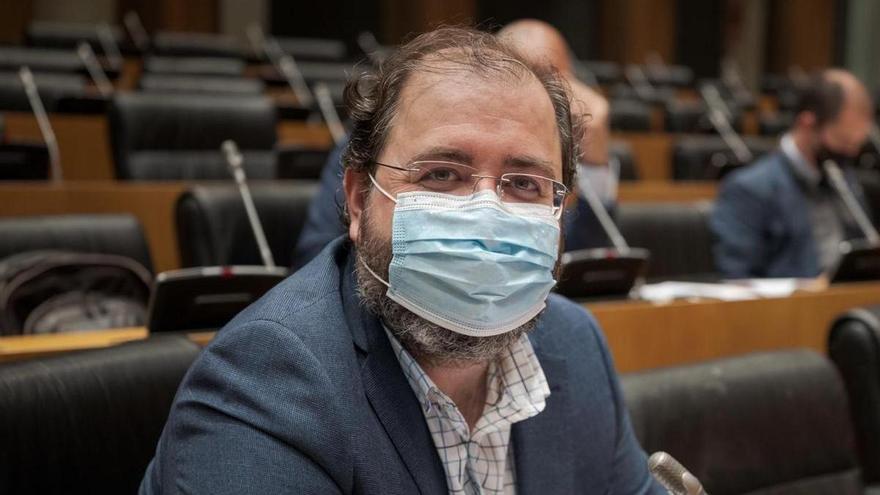 The spokeswoman for the PP in Congress, Cuca Gamarra, has advanced that the Popular Group and the deputy of that formation Alberto Casero have presented two appeals for protection before the Constitutional Court after the "democratic outrage" that, they consider, was committed in the vote of the labor reform that was held in the plenary session of Congress. An error by the parliamentarian in that vote allowed the Government to approve the decree by the minimum.

In statements to Europa Press, Gamarra stressed that "the right" of his deputy was violated, who warned "in advance" of what had happened with the telematic vote. In his opinion, there was "capacity" for Casero to vote in person.

Gamarra has confirmed that the PP has taken this step shortly before knowing the report of the lawyers of the Congress, which dismantles precisely the theory of the "ribbling" and rejects that the deputy for Cáceres could have voted again in person. The experts' text considers that there was no computer error in Casero's vote and that the vote is "irrevocable."

Shortly after the report was made public, the party's national spokesman, José Luis Martínez Almeida, commented that the PP "respects the opinion" of the lawyers in Congress, but that they are not infallible. During a campaign event in Valladolid, Almeida recalled that a report from Congress also endorsed that the deputy of United We Can, Alberto Rodríguez, could keep his seat after the sentence imposed by the Supreme Court, but then they rectified their conclusions in a second report. Inform Aitor Riveiro.

For his part, Gamarra has criticized the fact that more than a week after that vote on the labor reform, the Congress Table has not yet met, but "it is filtered in an interested way" by the Chamber that report from the lawyers. "Anything goes here and what he shows is that the democratic quality of our country is deteriorating," he emphasized.

After stating that the Popular Party is going to go "to the end" with this matter, Gamarra stated that "it has become clear" that the president of Congress, Meritxell Batet, has been "at the service of the interests of her party and not of the interests of the Spaniards". "It is inadmissible that the Congress Table has not yet met to protect the deputy," he has abounded.

Gamarra's arguments collide, however, with what was exposed by the lawyers. The report makes it clear that "it was neither legally required nor necessary to convene the Board" to analyze the deputy's claim: "Having acted in accordance with precedent, considering that, in the absence of a technical error, it was not possible to allow the repetition of the vote".

When asked if she believes that the report of the lawyers can subtract legal basis from the resources of the PP to the TC, she has indicated that she does not believe that this will happen. "What is clear is that the right of a deputy to effectively exercise the vote he wanted to cast was violated" and "it was done in defiance of his warning and that of the popular group," she said.

The lawyers say that Casero's vote is "valid" and "irrevocable"

The report of the lawyers, to which elDiario.es has had access, unequivocally dismantles the arguments that both the PP and Vox have been putting forward since what happened in Congress on February 3. "Mr. Casero's vote was validly cast and produces full effects. As has been proven [el informe incorpora otro de los informáticos del Congreso]there was no failure in the voting system, and it must be attributed to a material error of the deputy that the vote cast did not coincide with the will that was wanted to be expressed", he points out.

"And the telematic voting procedure, which was carried out in accordance with the current legal regime, was not violated either, being that, as has been happening since the beginning of the pandemic, the personal verification referred to in article 82.2 of the Regulations is carried out, not in the terms of the fourth section of the Resolution of the Board of May 21, 2012, but by entering a username and password on the Chamber's intranet Therefore, Mr. Casero has exercised correctly and fully the fundamental right recognized by article 23 of the Constitution", he adds.