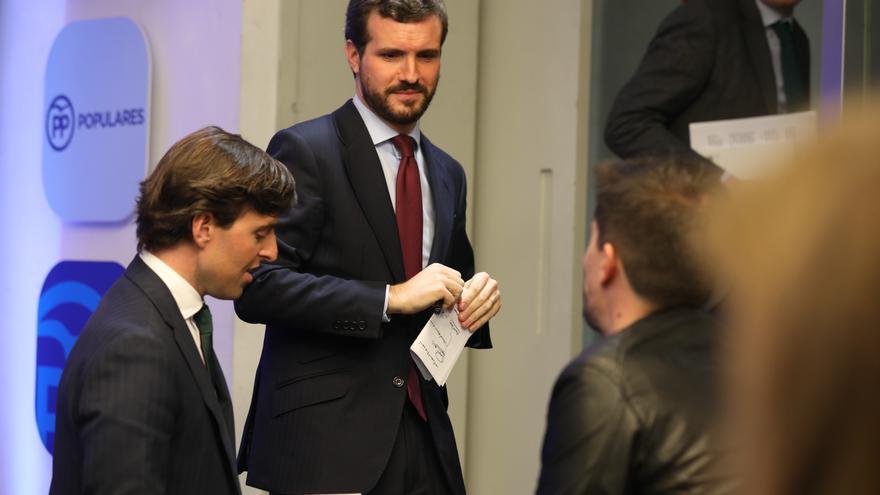 The Popular Party announced on Tuesday its rejection of the proposal to General State Budgets outlined this morning by the Government. As explained this morning by the vice-secretary of Communication of the popular, Pablo Montesinos, in an interview on TVE, the PP “rejects” the accounts on which Casado’s party “has not received a single paper”, because they raise a rise of taxes for the highest incomes that the popular ones advocate lower.

Therefore, Montesinos has asked the Government to “rectify” its economic policy, “tell the Spanish the truth and take the outstretched hand of the PP to carry out the economic policy that the country needs.” “The position of the PP has been consistent and clear. We do not want to raise taxes but we want to lower them. We do not want to increase bureaucratic burdens, we want to reduce them. We want to improve competitiveness,” he said, before emphasizing that the popular consider that tax increases are “bad for Spain”.

“The situation is serious and Pedro Sánchez only proposes six months without control and budgets with a strong tax increase. Of course, with theater to present them. And what about the Spanish?” He asked in a message on his Twitter account the vice-secretary of Sectorial of the PP and former minister, Elvira Rodríguez.

Faced with the rejection of entry by the PP, some of the partners who facilitated the investiture of Pedro Sánchez have considered instead that the first outlines of the Budgets known this Tuesday seem positive to them.

The ERC spokesman in the Congress of Deputies, Gabriel Rufián, has considered “very good news” that the draft of the new Accounts presented early in the morning by the Government includes a limitation on rents although he has insisted that “this does not it means that ERC is closer to or further from the approval “of the Accounts.

“We want to be useful, what happens by listening and talking,” insisted the Republican leader, who has insisted that his party continues to “talk” with the Executive forces. “We continue to advance,” he said at a press conference in the Lower House.

The spokesperson for Compromís in the Congress of Deputies, Joan Baldoví, has also celebrated the first known data on the Budgets, although he has waited to know all the accounts to confirm his parliamentary support. Baldoví assured at a press conference that “there were two essential conditions” for the training to support the Budgets: “that they were social and according to what was announced, they will have a high social bias” and “compliance with the investiture agreement.”

According to the Compromís spokesperson, “today the commitments that the Treasury has acquired show a high degree of compliance.” Baldoví has ​​valued Compromís’ negotiating role in the accounts and explained that the party has held negotiations with the Treasury, “three in person and others over the phone.”

“A Más País music sounds very good to us, but we want to see the realization of the lyrics”. With these words, the leader of Más País, Íñigo Errejón, has expressed himself. In his opinion, the text of the Accounts “is on the right track”. “This is the way and we want to walk it,” he insisted at a press conference in Congress. Thus, although Errejón has considered that the announced measures are “more modest than the investiture agreement, they are going in the right direction” and they want to support them.