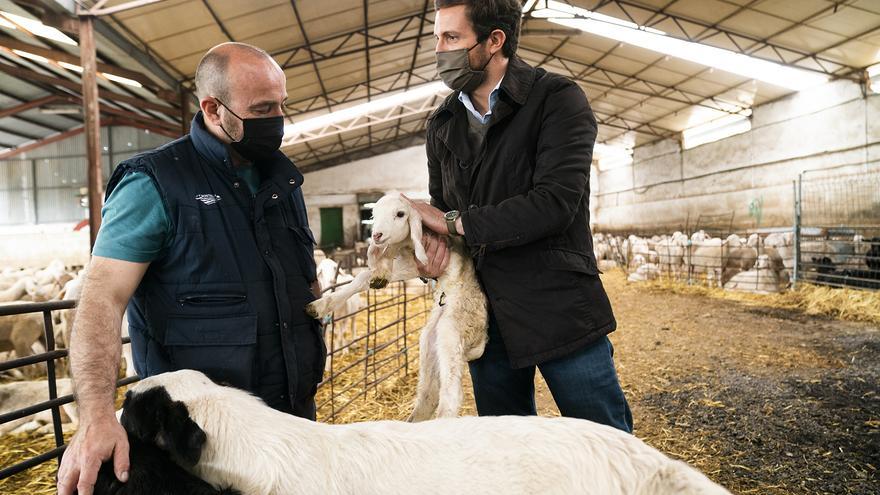 The Popular Party has introduced this Wednesday to the victims of terrorism in the campaign of the Madrid elections in an act in Aranjuez (Madrid) chaired by Pablo Casado in which the vote has been continuously requested for the president of the Community of Madrid and candidate for re-election, Isabel Díaz Ayuso. The event served to present a bill that has already been registered in the Congress of Deputies in which the PP proposes that victims of terrorism can decide on the prison benefits of prisoners of ETA or other terrorist organizations.

In their proposal, the popular ones express "the need to broaden the areas of participation of the victims in the execution of the sentence, to avoid the possibility that certain judicial decisions or of the penitentiary authorities grant benefits to the convicted persons without the participation of the victim via appeal or allegations ". The PP does not specify, however, how this participation could be carried out, which has a dubious legal fit with the current legal system, in which the prison benefits depend exclusively on the corresponding judicial authority.

What the popular ones do explain is that in their proposal they intend to modify the Statute of the Victim of Crime, the Penitentiary Regulations and the Organic Penitentiary laws, Citizen Security, the Right of Assembly and the Judicial Power.

"This is also voted on Tuesday," Enrique López, the current Minister of Justice and the Interior of the Community of Madrid and number two on Ayuso's list for the 4M, assured during the event. In his opinion, "Rufián and Otegi would not vote for Ayuso, they would vote for Gabilondo, Iglesias or Mónica." López has denounced that the Government "tries to whitewash those who have justified terrorism", something that he has considered "despicable". "There are no other options, either you are with the victims or you are against the victims. Either black or white," he has settled.

Previously, the PP spokesperson in Congress, Cuca Gamarra, has assured that in the face of terrorism "there is no room for equidistance or oblivion." She has denounced the "tribute to terrorist prisoners in the face of the passivity of the Government of Spain", as well as "the unworthy approaches" of ETA prisoners to prisons near the Basque Country, despite the fact that when ETA killed during the government of José María Aznar, Casado's political godfather, approached 426 gang prisoners.

"Without collaboration and without repentance, justice and truth cannot be defended," Gamarra said.