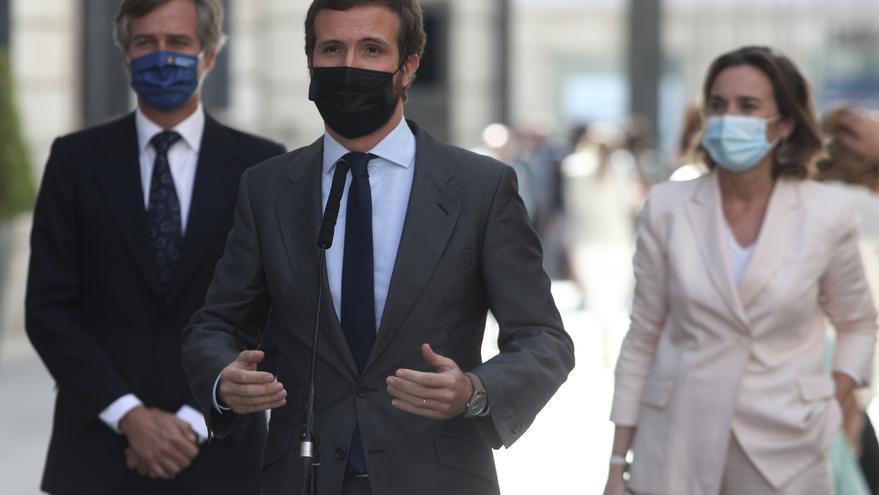 At the beginning of this month, the Popular Party leaked incomplete sentences from the daily reports that the Department of National Security (DSN) sent to the Government between last January and March in order to blame the progressive Executive for the advance of the pandemic in Spain.

As revealed this Monday by the newspaper The country, four deputies of the Popular Group, led by their spokesman in the Mixed National Security Commission, Juan Antonio Callejas, went on July 31 to the bunker that the DSN has in the complex of the Palacio de la Moncloa. Always according to information from the head of Grupo Prisa, these deputies examined for hours the situation reports that said department sent daily to the Prime Minister, the four vice presidents, nine ministers and five secretaries of State in the weeks prior to the emergence of the coronavirus pandemic in Spain.

On September 30, two of these deputies, along with three PP senators, added The country, they returned to complete the reading of more than 200 documents. Just six days after this visit, on October 5, the newspaper The world published that Pedro Sánchez had received 11 alerts from the Department of National Security about the danger of the coronavirus between January 24 and March 14 and that he had ignored them allowing the feminist demonstration of 8-M.

The information was illustrated with some phrases from the notes that a few days before the parliamentarians of the Popular Group had had in their hands and that were also available to Vox, whose deputies had gone to the DSN bunker on September 21. In any case, they were incomplete sentences, the manipulation of which allowed The world and the PP –which came out in a rush to use them in their public appearances– accuse the Executive of having ignored the warnings of the experts.

The PP deputies took notes on their visit to the DSN

According to information published this Monday by The country, in La Moncloa they have no doubt that the filtration to The world It came from the PP, among other reasons because, although it was not allowed to make copies or photos of the documents (visitors had to leave their mobile phones before going down to the bunker), the popular ones took notes of its content, while those of Vox were limited to read them.

In fact, Deputy Macarena Olona, ​​one of the leaders of the far-right party who also accessed the reports, wrote on her Twitter account: “Whoever has leaked this information shows that they are very little concerned about National Security. Who has interpreted and published the reports shows little rigor with reality “.

One of the phrases quoted by the newspaper The world corresponds to a note of the DSN of March 7, the eve of the feminist march: “The increase in cases in the last hours has been greater than usual,” he collected The world. The phrase came, however, from the press conference that the previous day offered the director of the Center for the Coordination of Health Alerts and Emergencies, Fernando Simón, and it was incomplete.

“The increase in cases in the last hours has been greater than usual. However, these are cases that are concentrated in an autonomous community and in two well-identified transmission nuclei. Therefore, the risk of community transmission or the increase unknown or unlinked outbreaks have not increased significantly, “he said that day.

The same happens with another lapidary statement that appears in the leak that has served the PP to attack the Government: “It is not ruled out that the death toll will rise in the next few hours.” In reality, the phrase that the DSN copied from the Ministry of Health does not end there, but continues: “as the autonomous communities notify the Ministry of Health new cases.” That is, it did not warn that there would be more deaths, although there really were, but that the statistics would rise.