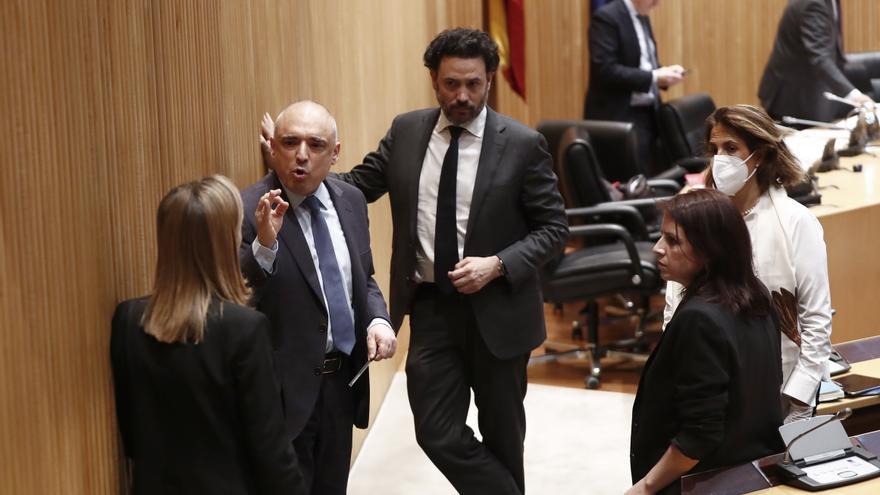 Despite having negotiated until just a few minutes before the end of the term, at 4:00 pm on Tuesday, the Government and the Popular Party have not managed to close a concrete pact on reconstruction in the two areas in which Pablo Casado’s party was He showed willing to agree with the Executive, health and the European Union. The popular ones have obtained from the Government some concessions –materialized in transactional amendments–, such as the creation of the National Health Agency, a proposal that is included in the Cajal Plan for Health that Married presented weeks ago, or a renewal plan technology of health centers.

In any case, PP sources have left in the air their support for the final opinions, which will be voted on Wednesday. “As we promised, the team led by Ana Pastor has dialogued and negotiated in order to reach agreements with the Government and the PSOE. This afternoon we will analyze the amendments of the other political groups and tomorrow we will announce the meaning of the vote on the opinions of the reconstruction commission on Health and the European Union “, they have specified.

The groups had until Tuesday, at 4:00 p.m., to present their transactional amendments – which are jointly presented by various parties – to the opinions approved on July 3 at the Commission for Reconstruction. At that same time, the debate on the amendments in the plenary session of the Congress. Once the debate on this point is over, the deadline will open until 8:00 on Wednesday for the 350 deputies to vote electronically on the amendments that have been kept alive.

Once the count has been made and the result announced by the president, a new term will open for the deputies who wish to vote the opinion electronically, which will be divided into four votes, one for each working group, as well as the three particular positions presented. The face-to-face voting will take place at the end of the plenary session on Wednesday.

From the beginning, the intention of the government parties was to accumulate broad parliamentary support. That is why they agreed on a proposal for minimum conclusions and with very general elements. Of the documents were left out measures that had been announced, like the tax on great fortunes to which Pablo Iglesias has not entirely renounced or the repeal of the labor reform, which in the end has caused a division between the two partners of the coalition.

After months of holding a harsh speech against the government, which it has accused of “lying” and has come to blame for those killed in the pandemic, the PP decided to adopt a more moderate and pactistic profile in the Reconstruction Commission. However, on July 3, in the last session of the commission, the popular ones voted against the opinions referring to the economy and social policies, mainly due to the fiscal policy of the Executive – which plans a tax increase to the higher incomes and large companies, to which the PP flatly opposes – and because of the controversy that generated the PSOE and United We Can not incorporate concerted education in their aid plans.

Those of Casado, however, abstained in the opinions of the Blocks of Health and the European Union, in which the PP leadership has always seen the pact with the Executive possible. In the health area, the popular pressured the Executive to take on a strengthening of the national health system which, according to the popular – who have made privatizations a hallmark in the communities in which they govern, especially in Madrid -, ” you need resources. ” Casado’s team proposed that the Government accept the creation of a state health agency, as well as measures that “unify” the autonomous systems or guarantee the supply of medicines and means for health professionals.

The demands of the PP were more blunt in Europe, accusing the government of “with the excuse of the reconstruction fund raising taxes on the Spanish.” “We want more Europe, solidarity and more responsibility”, has always assured the one in charge of Casado to negotiate with the Government Ana Pastor.

The popular leadership is “satisfied” with the negotiations carried out by the PP in recent weeks and with the work of Pastor, representative of the party’s moderate sector, heir to the governments of Mariano Rajoy – with whom she was Minister of Health – and away from the more conservative current of which the PP leader himself or the spokesperson for the popular in Congress, Cayetana Álvarez de Toledo. In fact, the latter, which in recent months has been the subject of various controversies due to its harsh and tense tone against the Government, was completely removed from negotiations with the PSOE and United We Can.