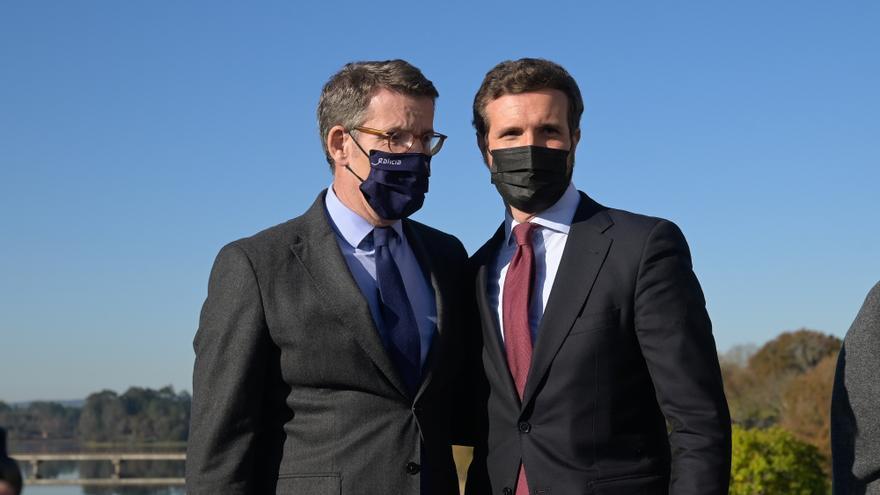 The Spanish PP withdraws from a key meeting with its European allies in preparation for the very important European Council that will be held this Thursday and Friday to address the energy crisis that the continent is suffering after the Russian invasion of Ukraine, as confirmed by sources from the current leadership to elDiario.es. Despite the strong opposition of the party, including an appearance in the Galician Parliament of the virtual leader, Alberto Núñez Feijóo, to attack the Government, no representative will attend the meeting of the European PP (PPE) that will take place this Thursday morning to discuss the different positions before the summit of heads of state and government scheduled for the same March 23 and 24, and which will be attended by the president of the United States. In fact, NATO and the G7 will also meet in Brussels this Thursday.

The PP justifies before the leaders of the party in Europe its pact with Vox due to the pandemic, the crisis and the war

Behind the absence is the power vacuum caused by the deep crisis derived from the internal war that has caused the doubts expressed by the outgoing leadership of Pablo Casado for the payments of a company to the brother of Isabel Díaz Ayuso. Although Casado is still the formal president of the PP, his mandate has already expired. Especially after his last intervention before a plenary session of the PPE, on March 10, he became a harsh reprimand from the president of the organization, the Pole Donald Tusk, for the government pact with Vox in Castilla y León. A pact that the PP justifies, precisely, in the pandemic, the war and the ensuing crisis.

Casado's presence at the previous appointment had much of a formal farewell. So much so that he was without agreeing with his own party the message that he was going to give to the rest of the European leaders, as was made clear by the subsequent reaction to his words. Or, rather, what his European partners interpreted from his words, according to the version offered by Casado's environment. In fact, it was planned that it would be his last institutional presence before the Seville congress was held on April 1 and 2. But the Russian invasion of Ukraine, which occurred on the same morning that the still president of the PP agreed his capitulation to the party baronshas upset the plans.

The EPP has called an urgent meeting of leaders, as it always does before the European Councils. But the PP has been caught without anyone formally in charge. Or with no other alternative than to give up his presence so as not to have to send Casado again, whose previous intervention has greatly annoyed those who will inherit the organization.

The virtual president is already Feijóo, the only candidate to relieve Casado at the head of the PP. Only he has participated in the primaries this Monday, in which he received the vote of 36,781 militants. But until it is ratified by the delegates in the extraordinary congress next week, he will not formally hold the position.

Heads of State and Government are expected to attend this Thursday's meeting in Brussels, such as Janez Jansa (Slovenia), Krisjanis Karins (Latvia), Kyriakos Mitsotakis (Greece), Karl Nehammer (Austria) and Andrej Plenovic (Croatia), among other former leaders who militate in the European PP. But there will be no political representative of the Spanish PP, leader of the opposition in Spain and the second largest party in the popular European family.