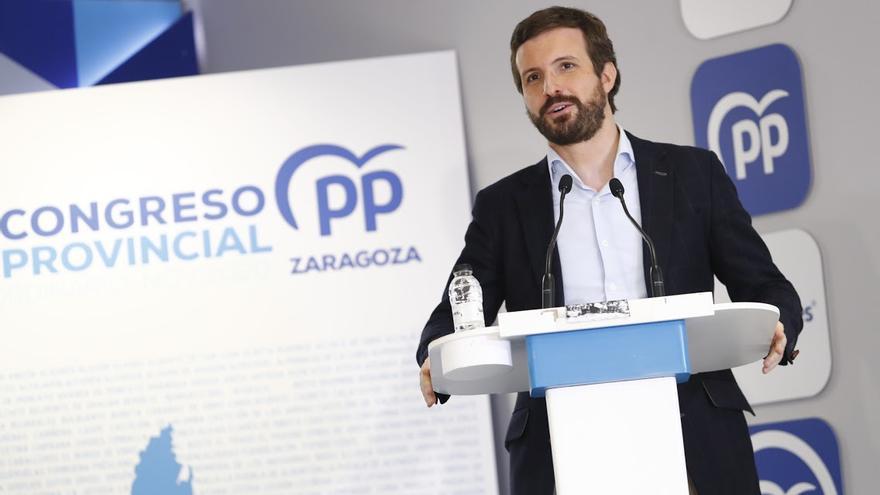 EH Bildu’s willingness to support the General State Budgets announced last week by its top boss, Arnaldo Otegi, and that revolutionized Spanish politics, is being used by the Popular Party as a new argument to maintain the blockade of the renewal of the General Council of the Judiciary (CGPJ), pending since 2018 due to the refusal of the leadership of Pablo Casado to agree with the progressive Executive.

Despite the fact that the Minister of Justice, Juan Carlos Campo, assures this Monday in a statements to The reason that sees the pact with the PP for said renewal that the Government hopes to be able to close before next December 6, the popular ones have cited this possible agreement with EH Bildu as a new “obstacle” in the negotiation, which officially Genoa 13 says she is paralyzed.

“We ask the Government to rectify”, said last Friday the head of Justice of the PP and main negotiator with the Executive, Enrique López, to add that from his party they hope that the conditions they have set to resume negotiations regarding the renewal of the governing body of judges and they are fulfilled “as soon as possible” and go along the lines of “protecting the independence of the judiciary and depoliticizing the body”, reports Europa Press.

López then insisted that the PP remains “in its position as a state party” and stressed that Casado has demanded three conditions from the PSOE to be able to face this renewal: that it withdraw the reform of the Organic Law of the Judiciary presented by PSOE and United We Can to reduce the majority needed to renew the CGPJ – formally paralyzed pending talks with the PP, that the United States may not participate “in any way” in the negotiation and “move towards depoliticization.”

According to López, the government seems “determined to make a kind of obstacle course.” “First, he placed Dolores Delgado as Attorney General of the State when she had previously been Minister and Deputy, and allows her Vice President to permanently demonize and insult the Judicial Power and Head of State,” he said. In his opinion, “now for auction” the Government is promoting a pact with a political party, such as Bildu, heir to ETA who was legalized by the Constitutional Court and who boasts that he is coming to Madrid to demolish the system. “.

The PP has spent the entire weekend making criticism of this supposed agreement with the independence formation its main argument against the Government. On Saturday, Casado himself considered that this possible pact is, in his opinion, “a moral indignity”, while he accused the president of the Executive, Pedro Sánchez, of trying to end “constitutional socialism.”

“40 brave politicians were assassinated by ETA for defending Spanish freedom and democracy. They were from the PP, UPN, UCD and PSOE, innocent like 800 other victims. Bildu justifies and vindicates that terror, and that is his responsibility. you can agree with them, “wrote the leader of the PP on Sunday on his official Twitter profile.