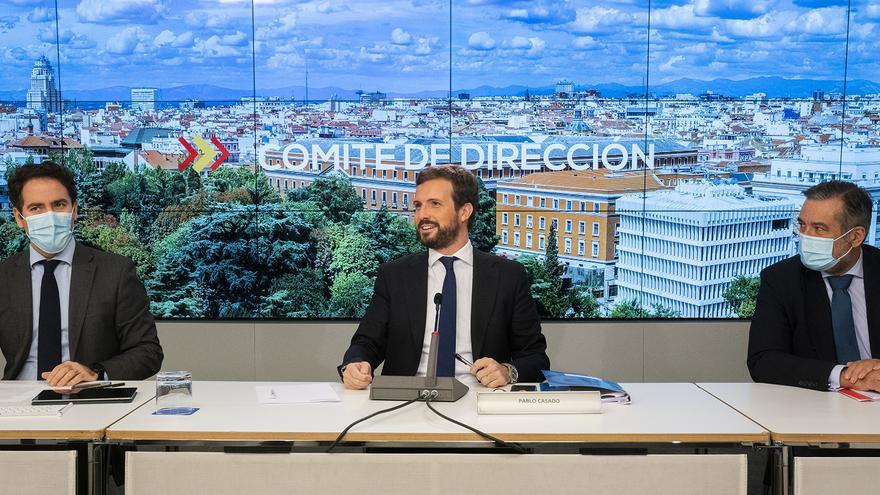 The president of the Popular Party, Pablo Casado, on Monday avoided clarifying what will be the meaning of his party’s vote in the motion of censure presented by Vox that this week will be debated in the Congress of Deputies. “I have already said what I had to say about the motion of censure,” Casado said after being constantly asked about the position of the PP during the press conference after the Steering Committee of his party.

What Génova 13 insists on is that as soon as the proposal of the far-right formation was known, the PP already said that it would not support it, but for now Casado has not clarified whether his vote will be ‘no’ or abstention, although he has also said that his training is not “defoliating the daisy” and that his position is “clear”.

“We have not talked about the motion of censure and it is an issue that I do not care about at all,” he assured, after being asked whether Vox’s motion of censure, which he calls a “parliamentary maneuver”, had been debated in the Steering Committee. “I am not going to spend a minute talking about this matter. The PP is not going to waste time on minor issues,” he stressed.

His words come after different personalities of the PP have positioned themselves on the initiative of the Santiago Abascal party in contradictory senses. The exporter of the PP in Congress, Cayatena Álvarez de Toledo, has asked not to vote no, giving arguments to support the motion although without clarifying whether she advocates yes. Former president José María Aznar, for his part, has advocated for ‘no’. while the former president of the Community of Madrid, Esperanza Aguirre, has asked for the ‘yes’.

Likewise, the president of the Xunta de Galicia, Alberto Núñez Feijóo, loaded this monday against the motion of censure promoted by Vox in Congress against the Government of PSOE and Podemos. But more than for fundamental ideological reasons, he has done so because, in his opinion, “it only benefits” Pedro Sánchez. “It gives me the impression that it is very good for the Government and very bad for the unity of the alternative, which is the opposition,” he said, without clarifying the position of his party.