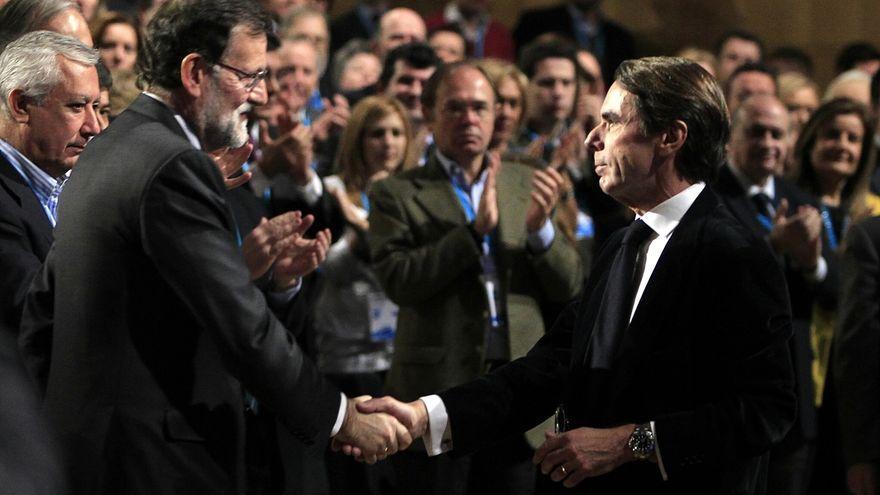 The version that the leaders of the Popular Party have transferred this week in the National Court could serve as the start of a bifurcation in history in which the main party of the right would never have lost the Government of Spain in 2018 and did not live the third decade either. of the XXI century pending the next shock due to a parallel accounting that never existed.

If everything that José María Aznar, Mariano Rajoy and their general secretaries have told in the trial of box B were true, they and their successors would have weighty arguments to denounce a total crisis of the system, a consequence of the fact that police officers, prosecutors, courts and the media have conspired to invent irregular funding with which to strangle the Popular Party for years and thus pervert the rules of the democratic game.

But what has happened this week in the National Court is nothing more than the testimony phase of a trial where the leaders of the PP for 28 years came as witnesses and avoided incriminating themselves. This was not the time to confront the truth. But it will happen later, in the concluding briefs of the accusations, that these testimonies will collide head-on with what the media discovered at the time, later confirmed by the police, prosecutors and judges, and the Supreme Court ended up ruling.

And that judicial truth, the one that the top leaders of the PP insisted on denying with more or less self-confidence in the trial for almost thirty years, is summarized in that the PP was secretly nurtured with money from businessmen and, consequently, this time yes, that the democratic system was bankrupt because his party participated in the elections with more resources than the adversaries.

The trial of box B judges the payment with black money of the Genoa reform because this was extended to 2008, the last of the accounting years included in the ‘Bárcenas papers’ that has not prescribed. From the interrogations of the leaders of the PP, rather from the questions that the popular accusations asked them in the face of the silence of the State Prosecutor’s Office and Advocacy, it might seem that Rajoy, Aznar, Cospedal and the rest appeared as accused, but they were only witnesses denying that this money came out of a box B which, according to them, never existed.

Although it has not been possible to prove that black money was controlled by them, the assumption of its existence would have meant recognizing that their positions in the party were based on a carpet of corruption. Thus, his argument was divided into four well-defined statements: (1) the ‘Bárcenas papers’ are false or from Bárcenas, but not from the PP; (2) consequently, there is no proof that box B existed; (3) therefore, they never received extra wages from the Treasury; (4) and if there was any irregularity, it is completely alien to them since the PP statutes make the treasurer an autonomous entity that only reports generically to the party’s executive committee for annual budgets and campaign budgets.

The last week left traced the path of exculpation Ángel Acebes, the first secretary general of Mariano Rajoy, between 2004 and 2008. Argument one and two: “I still do not explain to myself what these notes respond to. The only thing I can tell you is that they are not true and that they are flatly false because they do not correspond to reality or to anything that I know ”. Argument three: “All the payments throughout my life have been with the due deductions and the corresponding declaration to the Tax Agency.” Argument four: “the secretary general performs political coordination and direction functions” and none of the administrative or economic area. According to Bárcenas’ papers, he would have started to regularly collect a bonus from the party from 2004, when he acceded to the General Secretariat, and until 2008. In total, 107,100 euros.

The declaration could have been signed by all those who came later, in this order: Javier Arenas, Francisco Álvarez-Cascos, María Dolores de Cospedal, José María Aznar and Mariano Rajoy. While they all left their mark. The main contribution of Acebes, which with greater or less precision was also ratified by the rest, is that the idea of ​​reforming the national headquarters of the Popular Party on Genova Street, which would affect the day-to-day life of all those who worked there, From the receptionists to the president of the party, it was from a certain Cristóbal Páez, in 2005 number two of the manager, Luis Bárcenas, both on the bench, and who did not need more than the approval of the treasurer Álvaro Lapuerta who died in 2018.

The absolute denial of Bárcenas’ papers left some especially original defense, such as when Javier Arenas said about the references to him in the manuscripts, which attributed to him charges in black amounting to 230,068 euros: “Obviously I am not the only Javier who appears in those papers nor the only Javier from the Popular Party ”. That of María Dolores de Cospedal had to do with the mutual aversion that one has with Bárcenas, but deep down it meant the same thing: “The papers belong to the PP treasurer, not the PP.” According to these manuscripts, he would have received two opaque payments of 7,500 euros in the second half of 2008. In total, 15,000 euros.

Cospedal had to leave politics two years ago due to his relationship with Commissioner Villarejo, precisely one of the investigating police officers for trying to blow up the Gürtel and Caja B cases. Cospedal also had his contribution that is summarized: ‘if I have a final judgment that condemns Bárcenas for illegitimate interference in the right to honor by attributing to me the collection of bonuses, there you have the proof that he is lying and that everything is an invention. ‘ With this argument, María Dolores de Cospedal tried to face a civil sentence for the right to honor with the sentence of the Criminal Chamber of the Supreme Court that supports that of the National Court that considered box B.

With Álvarez-Cascos, whom Bárcenas places as the main recipient of these funds, with more than 400,000 euros, there was a return to the more graphic past. The former secretary general ended up accusing the PSOE of corruption and defending that his party, and mainly he, had ended the fixes in the contracts with the Administration. The problem, he came to say, is that nobody wants to investigate before 1996, the year that Aznar came to power. The former president of the Government had his second speech with maximum expectation in a few days and both with the same pattern. If before Jordi Évole he had insisted on sowing doubts about the authorship of 11-M, in the face of judicial truth, with box B he did the same, only more emphatically. For the rest, Aznar denied cash B and collection of bonuses. And like the rest, he left his mark, in this case his detachment with Mariano Rajoy: ““I don’t know what the others did. I don’t know what my successors did and I’m not interested in it. “

And Rajoy, the only one who understood that in a room alone in your own home or professional office there is no recommendation against COVID-19 that indicates wearing a mask, appeared in the open to defend the same thing that he already did in Gürtel’s trial , that is, the same as the rest of the leaders who denied box B and have received bonuses. He contrasted judicial truth to metaphysics because, according to what he said, if there was no box B and the papers are false it is “metaphysically impossible” that he could have destroyed some accounting papers b in the presence of Bárcenas, according to the ex-treasurer of the PP. According to his annotations – in which he is cited as “Mariano”, “MR”, “Mariano Rajoy” or “M. Rajoy” – he would have charged more than 300,000 euros between 1997 and 2008.

During several days the phrase that Rajoy left in 2013 flew over, four days after The country published the papers of Bárcenas: “Everything is false except for something.” In fact, there are several notes that four witnesses recognized that correspond to reality: former manager Paéz, former deputies Jaime Ignacio del Burgo and Eugenio Nasarre, and Pío García-Escudero. Only the first of them identifies it with money not declared to the Treasury. The other three defend that the money came from anonymous and legal donations until 2007.

The absolute denial that has occurred this week by the leaders of the PP of the evidence accredited during eight years of investigation, a sentence of the National Court and another of the Supreme Court will remain, at least, until box B of the PP returns, perhaps , to claim them. A second investigation is alive in the National Court and tries to show that some income from that parallel accounting was not simply to be on good terms with the referent party of the right in Spain but the payment of bites for contract awards during the Aznar government. If the investigation prospers, or even if it comes to trial, the top leaders of the PP between 1990 and 2018 will again have the opportunity to deny everything.