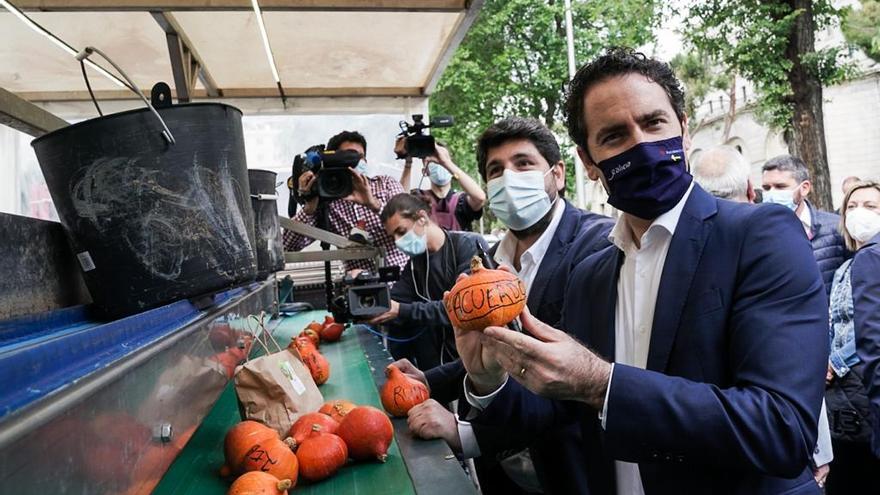 The Popular Party has filed a complaint with the Justice against InfoLibre for "revealing secrets." The newspaper published an exclusive this week in which he pointed out that the president of Murcia, the popular Fernando López Miras, interceded in April to have a surgical operation performed on a close relative of the party's number two, Teodoro García Egea.

Pablo Montesinos, the deputy secretary of Communication of the formation, has considered this Thursday that the information "is false". "In the party we have been very clear from the first moment. The information is not true, it is false, and the PP issued a denial and filed a lawsuit in court. I will not spend a minute on information that is not true ", he said in response to questions from the director of InfoLibre, Daniel Basteiro, in the program 'La hora de la 1', on Spanish Television.

According to the digital, the complaint that the PP has filed against them does not question whether the content of the news is true or not, but rather considers that he has committed a crime of "revealing secrets", for which he asks the judge for the " immediate suppression and elimination "of the news.

InfoLibre published on June 7 conversations between López Miras and García Egea. The exchange took place through telephone messages captured by the cameras of the Murcia Regional Assembly on April 14. The newspaper, which has had access to these recordings, denounces that the President of the Murcian Government mediated so that a relative of García Egea was operated on in a public hospital in the region.

That day, López Miras received the following message from García Egea that he had received from the general secretary of the community's Health Council, Andrés Torrente: "Hello, the intervention will be scheduled on Tuesday the 20th in the afternoon." "Cojonudo", answered the general secretary of the PP, who completed his answer with a second message: "But I think they have (sic) that a cardiologist should see him. "Always according to InfoLibre, López Miras then writes:" OK. I'm going to see him. "Egea replied," Thank you leader, "and the Murcian president replied:" Let's send. "