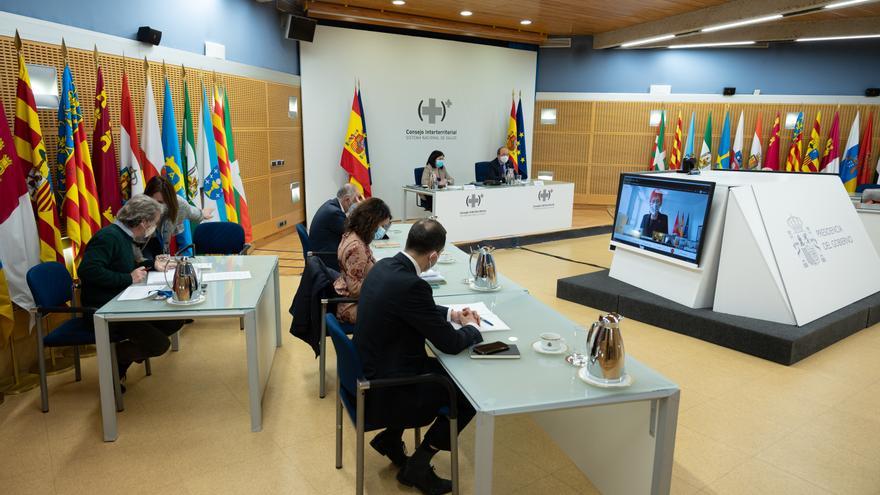 The judgment of the Supreme Court that endorses the Xunta de Galicia To demand vaccination or negative PCR to enter restaurants and discos has increased the pressure on the Ministry of Health to establish a common framework at the national level. The communities governed by the PP or by coalitions in which it participates –Madrid, Murcia, Castilla y León and Andalusia– sent the request informally to Minister Carolina Darias, at the weekly meeting of the Interterritorial Health Council after the judicial support to Galicia. The Galician president, Alberto Núñez Feijóo, has publicly requested it. Not so the other regional governments, who seek that it is Health who takes the first step. Some even recognize that it is not the time to start it with the level of incidence in full decline.

The Government of Pedro Sánchez remains reluctant to the idea of ​​developing a regulation. The posture has not changed. Darias made it clear in the press conference after the meeting, in which he confirmed that several communities, without specifying which ones, had raised it. “Any measure that affects fundamental rights must be subject to judicial authorization,” the minister alleged after ensuring that she still had to analyze the “nuances” of the sentence. “The Supreme Court comes to limit. We continue in the same,” he added. Several councilors were interested in the Galician model, as sources present at the meeting have confirmed to elDiario.es, although there was no vote.

The ruling has put back on the table of the Ministry a matter that is thorny and that it often avoids. The judicial ruling is late, according to some communities, because the incidence is falling and the percentage of vaccinated already reaches 75%.

However, epidemiologists such as Pere Godoy consider that it can be a useful measure in the “control” of the epidemic. “It is something that helps and is not excessively complicated to implement, although with this vaccine we already know that having it does not eliminate transmission completely. It reduces it,” he says.

Carmen Cuadrado, secretary of the Spanish Immunology Society, sees as one of the strengths of this measure that it “stimulates” vaccination, something that “in countries like Spain is not as necessary as in others” and considers antigen testing more effective at the door of the bars if we want to see the infective level.

All this while the Galician Government, which presses more publicly than any other for Health to regulate the COVID-19 passport, admits that the certificate was thought of in a situation of contagion that is not the current one and that now it would not make sense. “We will apply the sentence in the event that contagion rates rise again in those territories where they are high,” said Alberto Núñez Feijóo this Wednesday.

“It is necessary to see to what extent it can be applied and be useful,” added the Galician president who plans to use this ace up his sleeve to negotiate with nightlife businessmen. All the communities are extending the hours of the bars and discos, although in no territory it is allowed to dance on the dance floor and it is mandatory to wear a mask indoors.

It is the first time that a court has endorsed such a controversial measure. The same room of the Supreme Court stopped the Junta de Andalucía in its attempt to implement the COVID passport in the hospitality industry. Why now, however, have the magistrates concluded that it is a “suitable, necessary and proportionate” decision? In the Andalusian case, the high court understood that the measure was too generic and for the entire territory without taking into account the incidence rate and also being indefinite in time.

In this sense, Health insists that, without national regulations, applying this requirement “will require judicial authorization” because “it affects fundamental rights.” In addition, it should be limited to “areas with a high level of risk and limited in time”. “There is a very clear path that the court has revealed,” said the minister.

The communities of the Popular Party precisely seek to avoid this filter of justice “with each decision that is taken.” The Murcian Minister of Health, Juan José Pedreño, requested a consensual legal framework regarding the use of the COVID certificate “in other activities.” The conservative presidents warned the government that if it did not carry out this regulation quickly, the communities could have to take measures again alone in the face of a possible growth in infections in the future. Casado’s party has led a constant criticism of the Pedro Sánchez Executive’s management model of the pandemic.

With this question, a new vein is opened that also leaves the door open to what could be raised in other areas. Not just in bars. Italy this Thursday became the first European country to approve do mandatory vaccination passport for all workers.