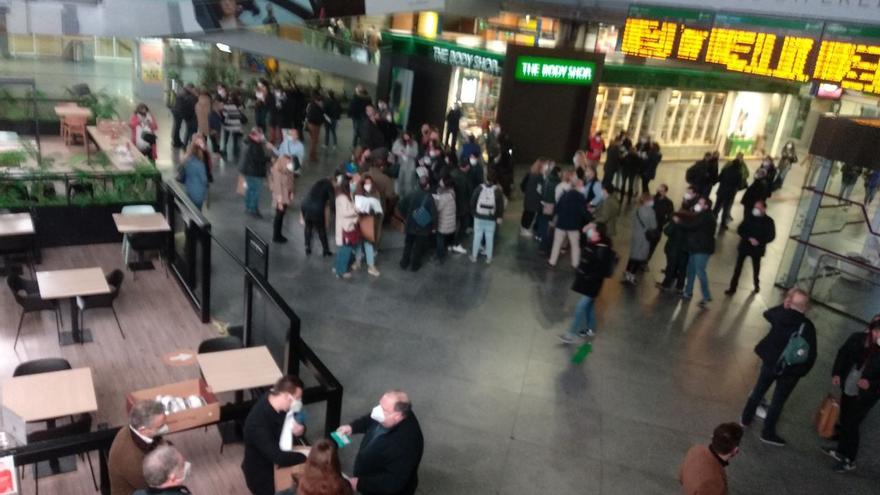 The special AVE train 10,011 left this morning after 6 am from platform three at the Madrid Atocha station to Barcelona. It was loaded with militants from the Popular Party to act as auditors in the elections in Catalonia, where the formation retains few cadres and risks being outnumbered by Vox. Organized by Ángel Carromero, a member of José Luis Martínez-Almeida’s team at the Madrid City Council, it was expected that there would be up to 500 travelers, although there seemed to be a few fewer at the station in the minutes prior to departure.

Summoned by WhatsApp, the members of the various Madrid groups have been arriving in Atocha as members of a soccer club, one of the pacific ones, which is organized to accompany the squad in away games. The difference is that in those cases a bus is usually chartered, and not a whole train. Without a COVID-19 test during the waiting minutes – tests were carried out at the Genoa 13 national headquarters this week – those who were arriving received a ticket and a breakfast package to compensate for the early start, once their identity was verified in the list, and they waited festively at the exit in a station that, except for the presence of the procession, was deserted. “How many people are here today, if normally there is not a soul,” commented at the entrance of the station a taxi driver, who had seen some news in the media about the fear of a decrease in participation in the elections due to fear of the coronavirus .

Waiting for the time to get on the train, there were small groups of militants, veterans and young people, who greeted each other effusively in the so-called tropical garden of Atocha, communicated with the access control to the AVE platforms by escalators. For one of these two popular ones were reflecting, one of them a first-time in these conflicts. “It is very good to start in electoral matters in Barcelona at six in the morning, it will be an experience that you will not forget,” encouraged the most veteran. “We are all super nervous!”, Exclaimed a young woman before the security frame. The convoy was delayed for a few minutes because it waited for a man who came at a trot at 6.05 with a cloth shopping bag. The militants, who will return to Madrid tonight by the same means, were to receive their destination upon arrival at Sants station. The organization has advised that they should travel by taxi to the corresponding table, with the advice of keeping the invoices for later reimbursement.