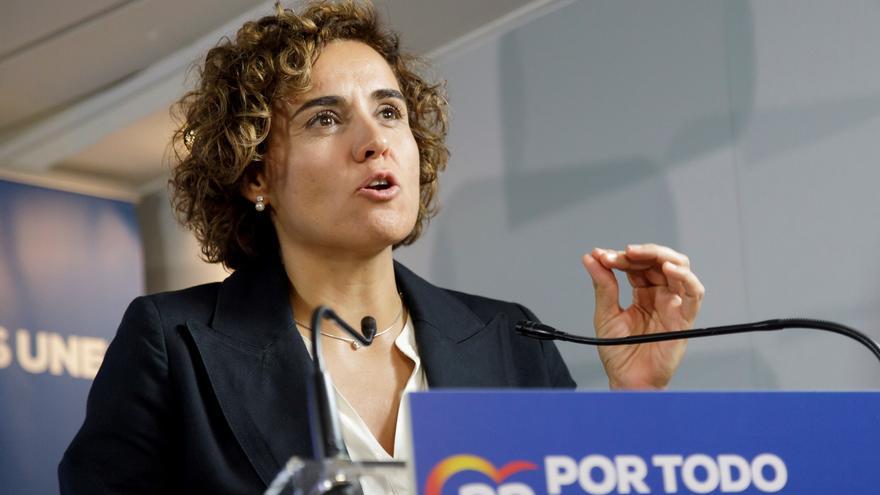 The PP stopped voting in Spain on the state of alarm which, as has subsequently been evidenced by the cascade of judicial rulings, was the most appropriate way to guarantee confinement in the face of the pandemic. The PP did not support the main conclusions of the Reconstruction Commission of the Congress of Deputies, and does not seem willing to facilitate new budgets. And the PP, with regional presidents like Isabel Díaz Ayuso, distances itself daily from the general indications of the Government.

While the PP uses the coronavirus crisis politically in Spain either in the opposition in Congress or from regional presidencies, in the European Parliament it calls for unity and coordination from the 27 member states.

The PP spokesperson in the European Parliament, Dolors Montserrat, has intervened this Wednesday in the Environment and Health commission during the participation of the director of the EU Center for Prevention and Diseases (ECDC), Andrea Ammon, to make a statement of the Community harmonization.

“There is only one European map that is from the Prevention Center”, said Montserrat, “which is where the red, orange and yellow zones are marked. But there are 27 different responses that are causing disorientation, uncertainty and insecurity to all European citizens , to all economic and productive sectors, to students, workers and families. ”

Montserrat added: “We need unitary European criteria in order to avoid lack of coordination not only in matters of health security, but also in the discrimination of the free movement of people within the European Union.”

“We know that the competition is each of the Member States,” he said, as in Spain it is the autonomous communities, “but we also know that we are living a new reality. And faced with this new reality we have to be brave. And from the Prevention Center and from the European Parliament and the European Union we have to take the leadership to coordinate a unitary response to this map “.

The PP spokesperson has also questioned the Spanish figures: “The Spanish Carlos III public institute publishes in Spain that there have been 46,000 deaths. Another Spanish public institute, the National Institute of Statistics, that there are more than 50,000 deceased by the covid And the Government of Spain, which are 29,000 deceased. How is the data sent by the Government? Because then what we need again in the statistics is harmonization and truthfulness, because if not, we will not fight the pandemic with the exact data ” .

What Montserrat does not say is that the data provided by the Government are those provided by the autonomous communities. The former Minister of Health does not take into account that the data from Carlos III and the National Institute of Statistics do not count deaths accredited by the covid, but an excess of mortalities compared to the same period of time in previous years.