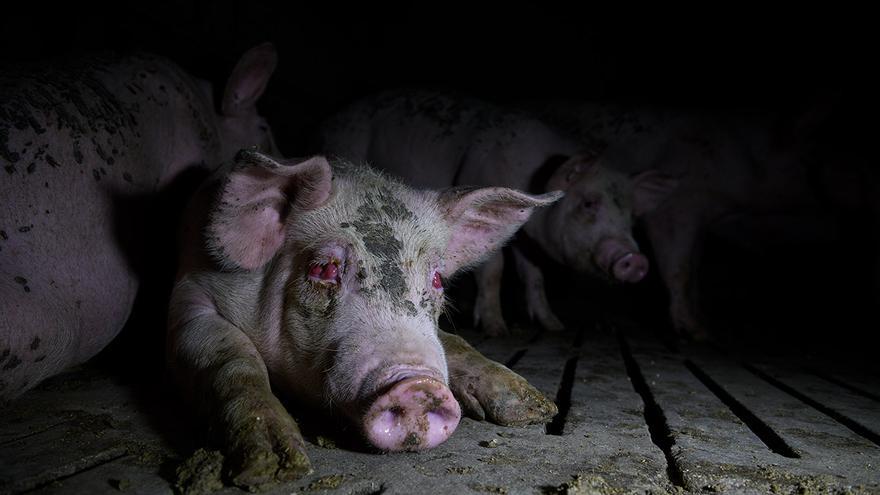 A few weeks ago a debate was held in the European Parliament law to prohibit the use of terms like ‘hamburger’ or ‘milk’ for products of plant origin without any animal component. Jean-Pierre Fleury, member of Copa-Cogeca (one of the largest livestock organizations within the European Union), defended this bill stating that “certain marketing agencies are using them to intentionally mislead their consumers“, thus suggesting that certain people who consume plant products may be fooled by the term ‘hamburger’, when at first what they wanted was an animal product. Fleury also argued that contemporary advertising was increasingly distancing itself from reality of products, accusing plant-based food companies of misrepresenting the truth and misleading their audiences.

However, Many see this movement by the livestock lobby as a tool to hinder the exponential demand for plant products, and to distract us from really important debates related to sustainability and ethics. Jasmijn de Boo, on behalf of ProVeg International, assured that “The proposal was in clear contradiction with the objectives of the European Union within the European Green Deal and the ‘farm to fork’ strategy, which aim to create healthier and more sustainable food systems”.

Finally, on October 23, a vote was taken, resulting in the acceptance of the word ‘hamburger’ in the labeling of vegetable products, but the rejection of those related to the dairy industry – with products such as ‘soy milk’ required to transition, for example, to ‘soy drink’. However, this anecdotal fact is just one of the demonstrations of the great political power that the livestock lobby supports. A lobby with enough weight to continue with its modus operandi normal, despite the environmental and health risks that this entails.

According to the Lancet report ‘Healthy Diets From Sustainable Food Systems’, meat consumption should be reduced to 81% by 2050, reaching a maximum of 300 grams of meat products per week. If not, the report points out that the objective of the Treaty of Paris to keep temperatures below 1.5ºC would be “difficult or almost impossible to achieve”. In fact, this report clearly states that the analyzes carried out suggest that the transition to a plant-based diet would be a condition sine qua non to obtain a sustainable food system.

And it is that, apart from representing a 18% of total anthropogenic greenhouse gas emissions, animal agriculture is responsible for many other factors that contribute to the degradation of our ecosystems. According to a study by Emily Cassidy from the University of Minnesota’s Institute on the Environment, Approximately 36% of the calories obtained from crops worldwide goes to feed livestock, while the percentage for the total human population would be 55%. This huge figure represents a large cultivation space dedicated exclusively to livestock feed, which, based mainly on soybeans, has claimed thousands of forest hectares, especially in the Amazon. There, between 24 and 28 million hectares are dedicated to soybean plantations, of which 80% is used by the livestock industry.

This shows us how This industry actively participates in the excessive and unnecessary use of natural resources such as land and water, and in the deforestation of green lands (with consequences both global and for the indigenous biodiversity and for the human communities that live in them).

Regarding the risks that livestock products imply on our own health, a study conducted by Cell Metabolism in 2014 states that middle-aged people who eat a diet high in animal protein have 75% more mortality and have a four times higher risk of developing cancer diseases. At the same time, the analysts state that in their investigation these conclusions were attenuated or in some cases eradicated if these proteins were vegetable. A year later, the WHO International Agency for Research on Cancer issued a statement warning of the relationship between the consumption of red and processed meats with the appearance of carcinogenic elements, indicating that this claim had strong scientific evidence.

However, there is a generalized and erroneous conception that the above risks are only attributed to meats, ignoring derived animal products, such as dairy. These, touted as superfoods for our bones because of their huge amount of calcium, can be just as dangerous. First of all, it is important to clarify that the calcium they provide does not directly influence better bone health. An analysis published in the British Medical Journal concludes that there is no evidence to prove that daily calcium consumption prevents us from bone degradation or fractures, and calls for political and economic agents to stop portraying dairy products in the wrong way. In fact, other scientific research associates them with a increased risk of fracturesas well as with breast cancer in women and with diabetes I. Not to mention that, while they are presented to us as natural and essential products for body well-being, around the 68% of the world’s population is lactose intolerant they contain, which causes serious digestive problems (according to the latest extensive report on the subject, published in The Lancet).

But what is perhaps most shocking to us in these times is that the livestock industry is one of the main responsible for the transmission of diseases, and therefore, for the appearance of pandemics such as COVID-19. Already in 2013 the FAO warned of this in a report called ‘The growth in diseases of animal origin requires a new approach to health’, a warning to which, as we see, we do not pay enough attention.

According to this report, 70% of current diseases are of animal origin and their transmission is favored by the concentration of large numbers of genetically similar animals, which most of the time –they represent 90% of the animals for consumption worldwide– they are in intensive farms in deplorable biosecurity conditions. However, the FAO report makes it clear that its findings not only affect industrial facilities, but also extensive systems. He explains that also from small farms where animals can move freely, even at high densities, diseases can be transmitted to the local animal population, and they can then transport it long distances to reach humans. “Livestock health is the weakest link in the global food chain. Diseases must be addressed at their root, particularly in animals ”, he concludes.

Exposed some of the most significant negative effects that the livestock industry supposes, it continues to be supported and covered up by the great factual and political powers on the international scene. In recent years, The European Union has dedicated around 71.5 million euros in programs to promote the consumption of meat, with campaigns like ‘What a Wonderful Beef‘or ‘Let’s Talk About Pork’. Sjoerd van de Wouw, a researcher at the Wakker Dier Foundation, wrote in The Guardian: “We can understand that you have to consider the interest of producers, but not by completely ignoring the interest of consumers and the climate”. For his part, Ariel Brunner, an environmental activist in Brussels, also reveals to the European Data Journalism Network that the program that provides 100 million euros per academic year to ensure dairy products in the canteens of European schools “It is another of the hidden subsidies to the dairy industry”. As Greenpeace assures, and beyond spending on promotional programs, between 28.5 and 32.6 billion euros of CAP subsidies go directly to the livestock sector, despite the harmful consequences it causes.

However, we can see equally striking examples outside the borders of the European Union, especially in the United States. The famous dietary guide of the Department of Agriculture was published there a few years ago, which every four years advises Americans how to eat a healthy diet, and which is used to prepare menus in commercial establishments, children’s dining rooms and prisons. Despite the United States Dietary Guidelines Advisory Committee declaring that healthy dietary patterns consist of low consumption of red and processed meat, the guideline in force since 2015 – just at the time the WHO publishes the findings that corroborate the aforementioned risk – does not explicitly and clearly mention such recommendation. “There are clear benefits to replacing meat with almost any other protein source, but the livestock lobby is very powerful in Congress.or, ”Walter Willet, head of the Department of Nutrition at Harvard University, commented to The Verge.

All this analysis aims to expose the great power that the livestock lobby monopolizes, its influence on the international scene and the consequences that this has on the political deviation of environmental and health objectives at a global level. That is why scientific information is presented as a fundamental tool to defend such objectives, and not listening to it leads us to fatal scenarios, as we have recently verified. Plant diets have been endorsed as fully adequate to our nutritional needs, opening the window to solutions to the biggest problems facing society at the moment.

With this we return to the introduction of the article, and how a few weeks ago the EU livestock sector tried to curb the upward trend of awareness about the problems associated with animal products and the increase in the consumption of plant products. Whatever our position, We cannot allow a sector to put its economic well-being before the general interest of the population and the planet, nor that our political institutions tolerate it. Let us call for the dismantling of fraudulent marketing, such as the one carried out by livestock associations on October 23, and expose the hidden realities in the food sector.

Editorial note: This article was previously published by the author on the blog on international political analysis and consulting Relacionateypunto.com

Risky exams at the University

Nerves, few protests and applause in the distance at an unprecedented investiture in Washington