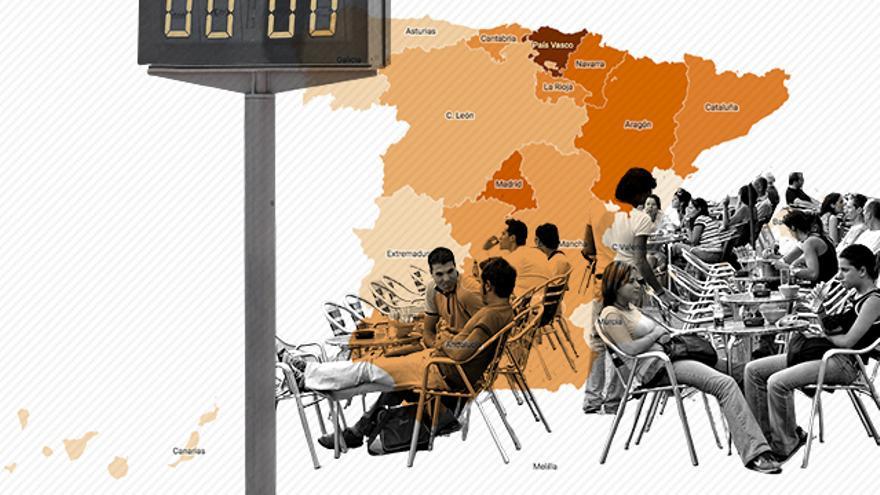 There are just over 24 hours left for the state of alarm to decline in Spain. From that moment, from 00:00 on Sunday, all perimeter closures will be completed. Also since then, the communities will be in charge of deciding what restrictions they impose to stop COVID-19. During the end of this week, they have been launching their proposals, which have been endorsed or rejected by the Justice. The latter has happened in Euskadi, where this Friday The TSJPV has overturned Urkullu's proposal to maintain the perimeter closure in the region and the curfew between 10 p.m. and 6 a.m.. Meanwhile, other courts, like the one in the Balearic Islands or that of the Valencian Community, approved similar measures.

Another key to the end of the state of alarm is the fall of the curfew, which will only be maintained in four regions. This is the case of the Balearic Islands, where it will be prohibited to move, except for just cause, between 11 p.m. and 6 a.m. or the Canary Islands, which has established the same limit for the islands with the worst epidemiological situation - Tenerife, Gran Canaria, Lanzarote, La Graciosa and El Hierro– and one hour later in which they have better epidemiological data –Fuerteventura, La Gomera and La Palma–. In addition to both archipelagos, the Valencian Community will maintain restrictions on night mobility, from 00:00 to 06:00, and Navarra, from 23:00 to 06:00.

Beyond the perimeter closures and the prohibition of movement at night and in the early hours of the morning, the regional governments have established limits on social gatherings or the hours and capacity of the hotel and trade industry, which will be expanded as they improve. epidemiological data. You can check them here.