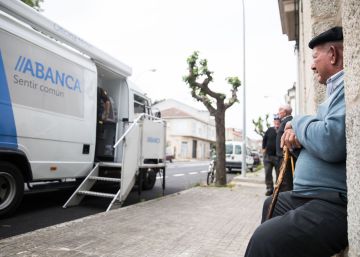 It is not known what is first, that the town runs out of people and closes the bank or closes the last branch and accelerates depopulation. The fact is that both circumstances are linked and that the uninhabited Spain will not stop growing. The population without access to a bank branch in their municipality of residence increased by 7.2% in 2017.

In more than half of the municipalities (in particular, in 52.2%) there are no bank offices, which means an increase of 1.5 percentage points with respect to 2016 and 8.3 points since 2008, which is when the network of offices in Spain reached its maximum extension.

The population marks the possibility of not having an office, so that the towns of 5,000 to 10,000 inhabitants only represent 0.1% of the municipalities without branches. Of the excluded population, 44% reside in towns of less than 500 inhabitants.

By provinces, where more closures have taken place has been Barcelona, ​​which has lost 56% of the offices. In this case, the most decisive factor has been the debacle of the Catalan savings banks: they have broken all the relevant ones except La Caixa, and they have been absorbed by banks.

Between 2016 and 2017, Extremadura and Cantabria were the regions where the percentage of the financially excluded population increased the most, with increases of 1.5 and 0.7 percentage points, respectively.

According to the report of the Valencian Institute of Economic Studies (Ivie), "The low profitability of the entities has forced to reduce costs by closing offices" so now it has a network of 27,320 offices, almost half of the 45,662 that existed before the start of the crisis.

For the future, says the Ivie, "it is foreseeable that the population will continue to grow without access to a bank office". However, "if the closure is concentrated in municipalities of a certain size, it is less likely to affect financial exclusion.

In addition, as the penetration of online banking advances, the impact of the closing of offices on the potential financial exclusion will be less ".

If we see the effect of financial exclusion due to the percentage of the population most affected, Zamora and Segovia stand out. In the first, 27.7% of its citizens live in towns without a bank, for 22.5% of Segovia. Above 15% are Ávila, Palencia, León, with Soria in 14.8%. These data show that the problem is concentrated in certain provinces, the so-called empty Spain. The islands live the opposite situation.