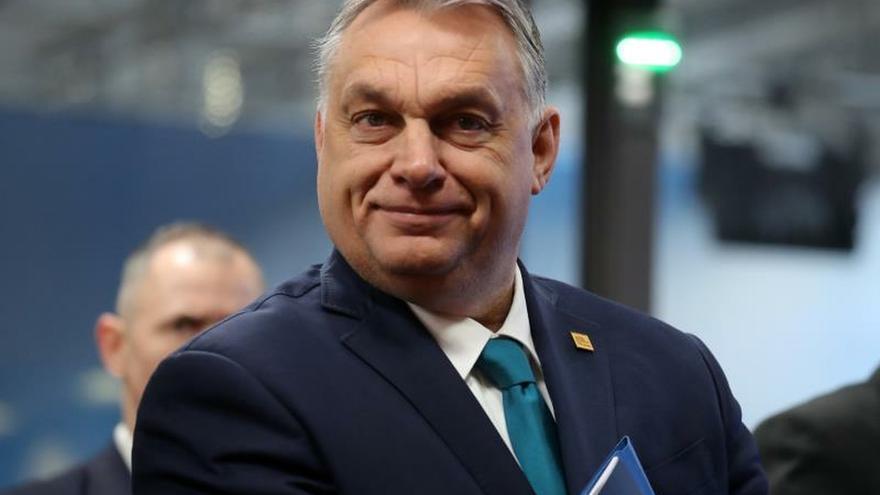 This Wednesday MEPs were scheduled to popular decide what to do with the head of Viktor Orbán’s party (Fidesz / PPE) in the European Parliament. Tamas Deutsch compared the president of the popular in the European Parliament, Manfred Weber, with the Gestapo and the Hungarian secret police for defending the link between the rule of law and European funds. The Austrian and Polish delegations – the popular Poles do not like Orbán’s flirtation with the ultra-coserving ruling PiS – mobilized to promote the expulsion of Deutsch, the head of the Fidesz delegation, from the group popular.

The expulsion of Deutsch would have predictably led to the departure of the 12 Fidesz MEPs from the EPP and would have precipitated the breakdown of the popular family with Orbán and vice versa.

As it is, the popular Europeans, led by the German Chancellor, Angela Merkel, who is the one who ultimately has Orbán’s fate in her hand within the popular family, they have woven a transactional to avoid that outcome in which they would have had to portray parties that until now have supported Fidesz within the European PP, such as Silvio Berlusconi’s Forza Italia and Pablo Casado’s PP. And they have decided by a large majority – 133 votes in favor, 3 abstentions and 6 votes against – to leave Deutsch’s insults as punishment.

In addition, the group of the European PP in the European Parliament calls on the 12 Fidesz MEPs to “reflect on whether their fundamental political convictions are still compatible with the values ​​of the PPE Group”, and asks the European People’s Party, chaired by the former President of the European Council, the Polish Donald Tusk, “to make a final decision on the membership of Fidesz as soon as the health conditions allow it”. In principle, the EPP has scheduled a meeting on February 2 at which this matter could be addressed.

This debate over Deutsch’s words is part of the process by which Viktor Orbán has kept the European recovery fund of 750,000 million and the EU budgets for 2021-2027 of 1,074 billion euros blocked for his opposition that European money is linked to respect for the rule of law.

And in all this process, Tusk, president of the European People’s Party and former leader of the opposition party in Poland to Orbán’s dance partner with the blocking of European funds, was very clear. “Whoever is against the principle of the rule of law, is against Europe. I expect a clear position regarding all parties of the EPP. Opponents of our fundamental values ​​should no longer be protected by anyone.”

“If they don’t respect the rules of our game at European level, we will do it without them”, said Manfred Weber during the controversy of the veto of Poland and Hungary. And the head of the Fidesz delegation, Tamas Deutsch, responded by accusing him of Gestapo practices. “If you have nothing to hide, you don’t have to be afraid.” I remember well that the Gestapo and ÁVH [policía secreta húngara] They had the same motto, “Deutsch said in response to Weber:” That’s what they said, that those with nothing to hide should not be afraid. Weber is not telling the truth, because there are subjective assessments of rights that are in line with political opinions and that are disguised as his rights. ”

But the insults in the end have been only individual punishment. “Perhaps the heads of the parties prefer to wait until February 2: that the party expels Fidesz and, later, the group in the European Parliament”, popular sources explained before the vote: Now everything depends on what the German Chancellor says , Angela Merkel. If she decides they have to be fired, they will be fired. Italians, who have always been in their favor, have been quiet for weeks. The French will do what Merkel asks, just like the Spanish: the other day Esteban González Pons [vicepresidente del grupo popular en la Eurocámara] tweeted against Deutsch. They are being left alone. ”

“Another thing is the delegations of the East”, explain the sources. Not surprisingly, Slovenian Prime Minister Janez Janša, defender of the idea of ​​electoral fraud against Donald Trump, sided with Hungary and Poland in the veto of the rule of law mechanism. “It is the debate that took place with Jean-Claude Juncker, when Orbán decided to attack him with names and surnames, and that cannot be allowed. One thing is that you disagree, and another is to campaign insulting the leaders of the party. Yes that debate led to the suspension of Fidesz in the PPE, this could end in expulsion “.

But, along with the date of February 2 set by the president of the EPP, Donald Tusk, it is added that, who ends up deciding the fate of Fidesz, Angela Merkel, “has spent weeks as president of the EU dedicated to the approval of European funds and Brexit. In addition to the coronavirus, which is emerging in Germany, “explain the sources, noting that” he does not have time for this internal issue.

“Merkel has been very quiet on this issue in recent weeks,” say other sources: “In addition, the excursion of the foreign minister has sat badly.” Péter Szijjártó visited on December 10 to far-right leaders in the Netherlands, Austria, Denmark and Finland to talk about “migration.”

Szajer himself, according to Hungarian media, “Not only is he a close ally of Prime Minister Orbán, he personally rewrote the Hungarian Constitution to include the following line: ‘Hungary will protect the institution of marriage as the union of a man and a woman.” This same Tuesday, Hungary has approved the law that prevents the adoption of same-sex couples.