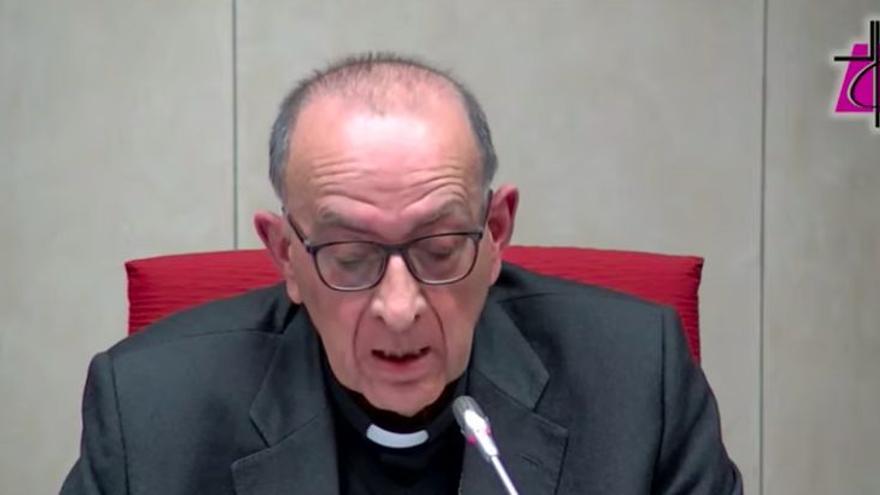 The Nuncio, the Pope's representative in Spain, believes that the bishops of our country are doing perfectly in terms of abuses. This was confirmed by Bernardito Auza in his words to the Plenary Assembly of the Episcopal Conference, after the words of its president, Cardinal Omella. "No one can question the credibility of the Church in its statements and activities," said Auza.

"No one can interpret a lack of transparency or refusal to support what the Pope asks in this regard," stressed the Nuncio, who explicitly supported the note that this Friday the bishops published in response to Minister Ione Belarra, and noted "the work well done by all of you who, seconding the wishes of the Holy Father, immediately paid attention and gave institutional channel, at the Diocesan level, in matters of abuse of minors."

Earlier, Monsignor Omella called on the rulers to leave "internal disputes between political parties", which provoke "easy and populist solutions to serious problems" in the midst of the economic and social crisis marked by the coronavirus. "It is the moment for true politics," he stressed.

In his opening speech at the Plenary Assembly of the Spanish Church, the Cardinal of Barcelona lamented the "regime, fear, uncertainty and suspicion" that has marked the last year, and stressed that "this is not the time to defend interests individuals ", but for" the strengthening and credibility of the institutions in which our democratic system is based. "

Thus, Omella claimed "to ensure the dignity of all and the necessary social justice that is always a guarantee of social peace", as well as "structural reforms that overcome the fluctuation of short-term electoral interests", since "politics exists to serve and is now called to serve more than ever and to forget about the pursuit of partisan interests or their ideological imposition, taking advantage of the humanitarian and social crisis that we are suffering. "

Euthanasia and the rights of the Church

"The Church is not a company, nor a party, nor a social pressure group, nor a lobby of power," insisted Omella, who nevertheless took advantage of her words to criticize some of the latest measures approved by the Government, such as the law. of euthanasia, which "has represented a strong contrast with the social sensitivity for the care of the elderly and the sick", as well as some voices that urge the Church not to meddle in politics. "No one can demand that we relegate religion to the secret privacy of people, without any influence on social and national life, without worrying about the health of civil society institutions, without giving an opinion on events that affect citizens" , Held.

"Faced with the temptation of some, who would want to separate the Church from social, cultural and political dialogue," said Omella, who defended that "the political community and the Church are independent and autonomous, each on its own ground" and, citing to Pope Francis, he warned that "no one can demand that we relegate religion to the secret privacy of people, without any influence on social and national life, without worrying about the health of civil society institutions, without giving an opinion on events that affect citizens ".

"In Spain, unemployment has increased and affects almost four million, in addition to the bulky ERTE, with an uncertain future. But the first to suffer the economic stoppage have been the 8.5 million people who were already in exclusion before the pandemic ", Omella glossed, referring to the Foessa report to explain that" as always, those who suffer the most from crises are the most disadvantaged, those who have the least opportunities to access basic services. Among them, above all, refugees, migrants in an irregular situation, victims of human trafficking, which the pandemic has made invisible ".

"Just as the virus has made no difference and has affected all of humanity, it is desirable that the vaccine is also a common good that is distributed equally to all and is not the private property of a few, without making differences between countries. rich and poor countries, "said the president of the EEC, who did not ignore - although at the end of his speech - the drama of pedophilia in the Spanish Church. Without entering into polemics -as a previous note did last Friday-, Omella admitted that "all kinds of clericalism and future abuses, whether sexual, of conscience or of power, must be prevented in the training (of priests)."

"The Church's commitment on this point is unquestionable with the new rules of accountability and the progressive creation of Offices for the Protection of minors in all dioceses. For the development of vocation ministry, one of the projects of these years will be the creation of a national Vocation Center, "he announced.