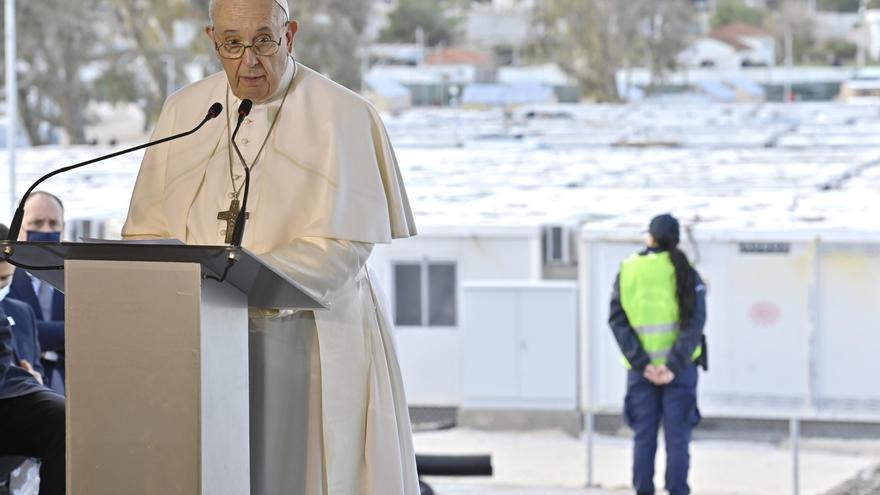 The Dad has alerted young people to the danger of living “obsessed with thousands of appearances” and “prisoners of the telephone”, at the same time that he has invited them to follow their dreams despite the “sudden storms”.

“Today we are in danger of forget who we are, obsessed by thousands of appearances, by mean messages that make life depend on the clothes we wear, the car we drive, the way others look at us “, the Pope pointed out.

This morning Francis visited the only Catholic school in Athens a few hours before starting his trip back to Rome after spending five days in Cyprus and Greece.

The Pope has indicated in his speech that he encloses in young people an impulse for his work, despite “the flatterers of dreams, the hitmen of hope, the incurable nostalgic of the past” who always try to stop the advances.

“Do not allow yourself to be paralyzed by fear “Francisco has claimed, claiming in the heart of Greece, a country traced from Homer’s Odyssey and Iliad, that “the meaning of life is not to stay on the beach waiting for the wind to bring news. Salvation is in the open sea, it is in the impulse, in following the dreams, the true ones, those that are dreamed with open eyes, that involve effort, struggle, contrary winds, sudden storms “.

Thus he has given the example of the myth of the mermaids that appear in the Odyssey, which Ulysses meets on his journey to say that those of today “want to hypnotize you with seductive and insistent messages” and “They point to easy profits, to the false needs of consumerism, to the cult of physical well-being, to fun at all costs.”

Pope Francis speaks at a school in Athens. Reuters

And he has urged to “rejuvenate” but not content “with publishing a post or a tweet.” “Don’t be content with virtual encounters, look for the real ones, especially with those who need you; don’t look for visibility, but for the invisible ones,” he stressed.

In front of dozens of young people, he stated that God does not give “a catechism in hand” but rather makes himself present through people. And he added in this sense: “Having faith does not consist primarily of a set of things that must be believed and precepts that must be fulfilled. The heart of faith is not an idea or a moral, but a reality, a beautiful reality. that does not depend on us and that leaves us with our mouths open: We are God’s beloved children! “

In this way he has urged young people not to be afraid of “doubts” because “they are not lack of faith” but on the contrary “vitamins” that “help to strengthen it, to make it stronger, that is, more aware, freer. and more mature “.

Regarding the virtual society, he has highlighted that many people are “Today they are ‘from social networks’ but little ‘social’, closed in on themselves”. Thus he has concluded that many young people are “prisoners of the telephone” but “the other is missing from the screen, their eyes, their breathing, their hands are missing.”

The Pope says goodbye to Greece on Monday to return to the Vatican.