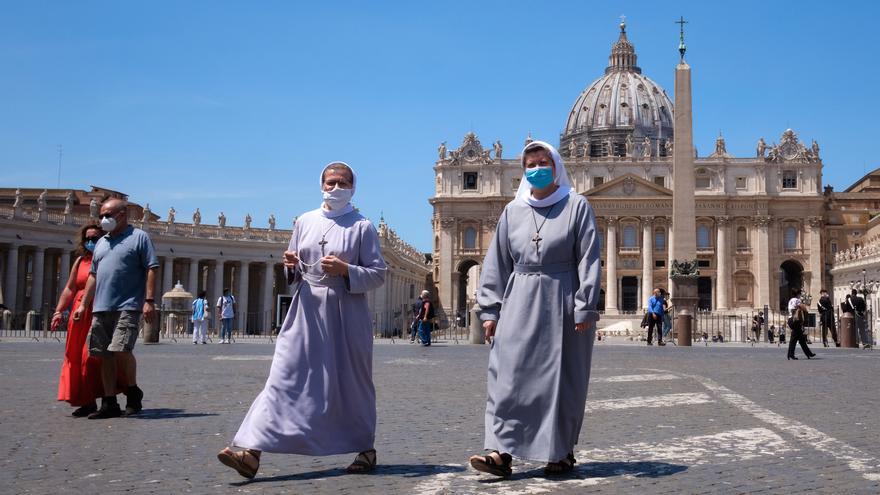 The Vatican, by order of the Pope, will oblige all workers and visitors to Vatican City or places of jurisdiction of the Holy See to present a health certificate of COVID-19 from October 1, but the faithful will be exempt who attend liturgical ceremonies, without specifying whether they also include audiences or Angelus in St. Peter's Square.

"Some decisions are still in progress," Vatican sources indicated. Francisco requested this norm "in order to adopt all the adequate measures to prevent, control and counteract the public health emergency in the State of Vatican City", according to the ordinance of the Interior, the government of the City from the Vatican.

It is, as in Italy, the so-called "green certificate" that certifies the vaccination against SARS-Cov-2, the recovery of SARS-Cov-2 or a rapid molecular or antigenic test with a negative result for the virus carried out in the last 48 hours.

"These provisions apply to citizens, residents of the State, to personnel who serve in the Governorate of the Vatican City State and in the various bodies of the Roman Curia and its related institutions, to all visitors and users of the services, "it reads.

The ordinance does not specify whether there will be penalties for workers who do not have the certificate.

During the return flight from his trip to Slovakia, Pope Francis explained that there are several "anti-vaccines" among the Vatican workers and that they were looking at "how to help them." "Also in the College of Cardinals there are some deniers and one of them, poor man, was admitted with the virus. Ironies of life," he said then.

It also indicates that "an exception is made for those who participate in liturgical celebrations during the time strictly necessary for the performance of the rite, without prejudice to the health regulations on distance, on the use of personal protective equipment and the adoption of specific hygiene rules ".

Therefore, it is still unknown whether the several thousand faithful who participate in the general audiences in the Paul VI classroom every Wednesday with the presence of Francisco will have or not to present the health passport, as well as whether access to the square will be controlled. of San Pedro.

In Italy, from October 15, the health passport will also be mandatory to access workplaces in both the public and private sectors. However, while it is necessary to enter sports or cultural activities, this certificate is not required to attend mass.