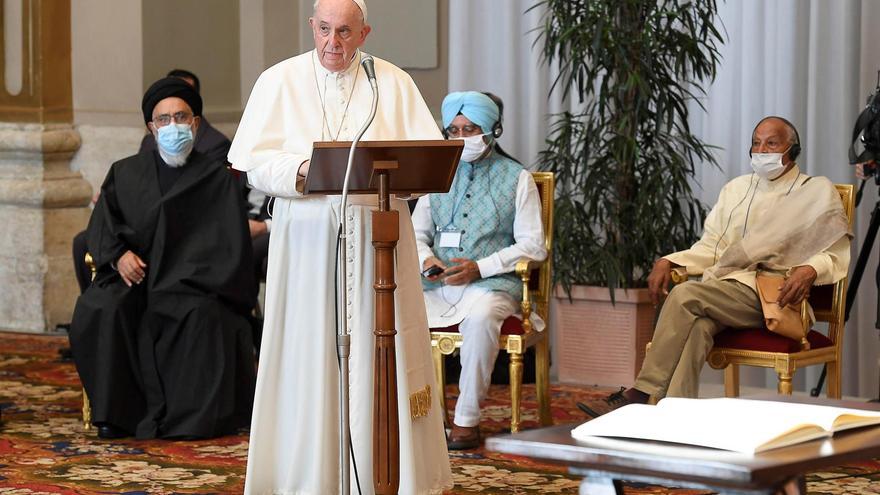 Pope Francis on Wednesday expressed his “shame” over the “long inability of the Church” to handle cases of pedophile priests, after the report publication on the 330,000 cases of abuse or sexual violence against minors or vulnerable persons that have occurred since 1950 by the French clergy.

“It is the moment of shame,” said Francis during the general audience in greeting to the French faithful, when he expressed to the victims his “sadness and pain for the traumas they have suffered.”

According to the report published this Tuesday by an independent commission – which in the last three years has investigated the phenomenon in the French Church and has identified between 2,900 and 3,200 religious pedophiles – and made public by the French bishops, there were at least 330,000 cases of abuse or sexual violence against minors or vulnerable people since 1950.

“Unfortunately they are huge numbers,” the Pope said in reference to the report in which a bleak outlook emerged for the Catholic Church, “much higher than expected,” as recognized by the president of the French Episcopal Conference, Éric de Moulins- Beaufort.

“I wish to express to their victims my sadness and my pain and because of the traumas they have suffered, my shame, our shame, because of the long inability of the Church to put them at the center of its concerns,” Francis stressed. “Let us pray, Lord, to you the Glory and to us the shame.”

The Pope has also encouraged “the bishops, the faithful, superiors and religious to continue all efforts so that similar dramas are not repeated” and has expressed his support for French religious to overcome “this ordeal, but what will they do? well”. On the other hand, he has invited French Catholics to assume “their responsibilities so that the Church is a safe home for all.”

Following the publication of the report, the Vatican press office published a note in which the Pope expressed his “pain” and in which it was said that his thoughts went “first of all to the victims, with great pain, for their wounds, and thanks, for their courage in the complaint. ” Francis was informed of the publication of the report by the French bishops, whom he received in recent days during ad limina visits (which are made every five years).

“His thoughts go first of all to the victims, with great pain, for their wounds, and gratitude, for their courage in the denunciation, and to the Church of France, because, in the awareness of this terrible reality, united to the suffering of the Lord for their most vulnerable children, can embark on a path of redemption, “said the statement.

During the presentation of the report, the president of the French bishops expressed his “shame” over some facts that “because of their character is shocking and because of their number overwhelms,” but he tiptoed over the issue of compensation, which is the main claim of the victims’ associations, who accuse the Church of looking the other way in this matter after years of doing so with the reported cases.