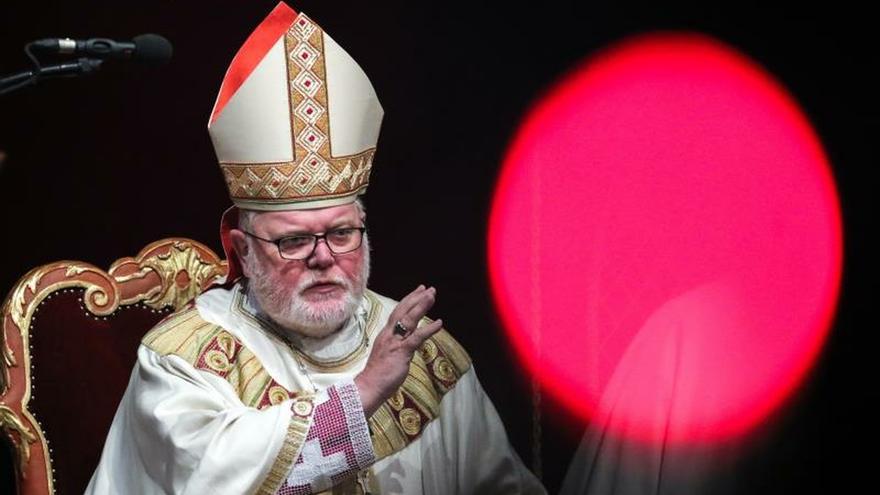 Less than a week ago, the Cardinal of Munich, and member of the Council of Cardinals, Reinhard Marx, presented his resignation as head of the German bishopric to Pope Francis over the sex abuse scandal in Germany. At noon this Thursday, Bergoglio has answered. And he has done it emphatically: he does not accept his resignation. "This is my answer, dear brother. Continue as you propose but as Archbishop of Munich. And if you are tempted to think that, by confirming your mission and not accepting your resignation, this bishop of Rome (your brother who loves you ) does not understand you, think about what Peter felt before the Lord when, in his own way, he presented his resignation: “Get away from me, I am a sinner”, and listen to the answer: “Shepherd my sheep” ".

The Pope shares the diagnosis of Marx, who went so far as to point out that the German Church "is at a dead end", and that he intends to continue hiding and covering up its cases of abuse. What's more: "Polls or the power of institutions will not save us. The prestige of our Church, which tends to hide its sins, will not save us; neither the power of money nor the opinion of the media will save us. dependent on them) ", writes Bergoglio, in response to what different experts consider a strategy agreed between the two ecclesiastics to force the German bishops - and, therefore, the rest of Europe, also Spain - to assume their responsibility and not to hide in subterfuge so as not to face the harsh reality of pedophilia in the Church.

"The whole Church is in crisis because of the issue of abuse; furthermore, the Church today cannot take a step forward without assuming this crisis. The ostrich policy does not lead to anything, and the crisis has to be assumed from our perspective. Paschal faith ", affirms, very hard, Francisco, who adds that" the "mea culpa" in the face of so many historical errors of the past we have done it more than once in many situations although we personally have not participated in that historical conjuncture. And this same attitude "It is the one that is being asked of us today. We are being asked to reform, which - in this case - does not consist of words but of attitudes that have the courage to put themselves in crisis, to assume reality whatever the consequence."

Accept reality, the only way

Francisco thanks Marx "for your courage" when it comes to resigning, and for wanting to "face the crisis, personally and as a community", which is "the only way". "I agree with you in calling the sad history of sexual abuse a catastrophe and the way the Church dealt with it until recently," adds Francisco. "Realizing this hypocrisy in the way of living the faith is a grace, it is a first step that we must take. We have to take charge of history, both personally and as a community. We cannot remain indifferent in the face of this crime. Assuming it means putting yourself in crisis. "

With Marx, Bergoglio agrees that "not everyone wants to accept this reality, but it is the only way, because making life-changing 'purposes' without 'putting the meat on the grill' does not lead to anything". Therefore, he insists, "in my opinion, each Bishop of the Church must assume it and ask himself what should I do in the face of this catastrophe?"

"The reform in the Church has been done by men and women who were not afraid of going into crisis and allowing themselves to be reformed by the Lord. It is the only way, otherwise we will not be more than" reform ideologues "who do not put your own flesh is at stake ", concludes the Pope, who invites" not to bury the past ", and recognizes that" silences, omissions, giving too much weight to the prestige of the Institutions only lead to personal and historical failure, and we they lead to live with the weight of “having skeletons in the closet”, as the saying goes ".

Therefore, "it is urgent to" air "this reality of the abuses and how the Church proceeded, and let the Spirit lead us to the desert of desolation, to the cross and to the resurrection. It is the way of the Spirit that we must follow. , and the starting point is the humble confession: we have been wrong, we have sinned ".