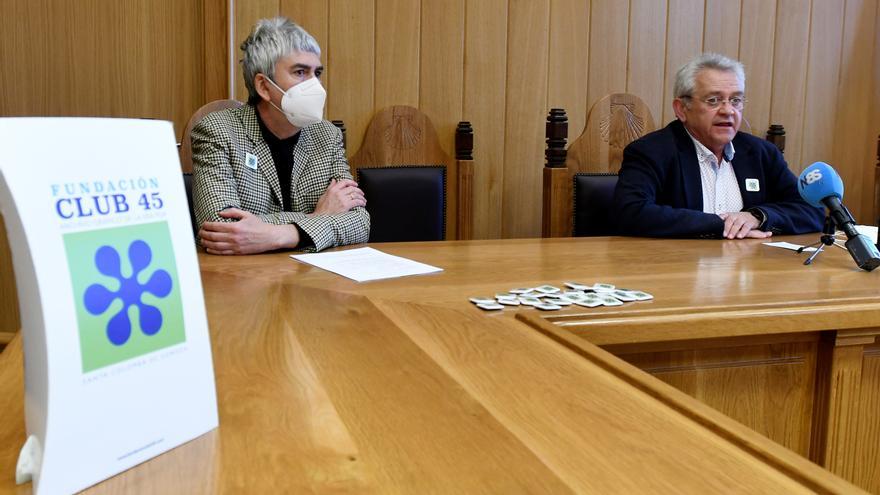 This was announced this Thursday at a press conference by the mayor of Santa Colomba de Somoza, José Miguel Nieto, accompanied by the Tourism technician, Óscar Martínez García, and Alejandro Díez himself.

During the meeting, the details of the rehabilitation of the ‘Casa de las Maestras’, which was acquired by the City Council and whose remodeling works will begin in about a month, were released.

Some works that have an economic contribution of 100,000 euros from the Junta de Castilla y León to which is added a grant from the ERDF Funds of the European Union.

As explained by the councilor, with these funds the remodeling work of this building will be able to be undertaken, which will house the collection that Alejandro Díez, leader of the historic group of “Los Flechazos” and Cooper, has gathered over 35 years, and that will turn the Museum into the epicenter of pop culture.

For his part, Díez has advanced the two agreements, in the absence of its final signature, which the Club 45 Foundation has reached with RTVE and with the Fundación de la Sociedad General de Autores (SGAE) to collaborate with the programming of the Archive- Museum.

He explained that the agreement with RTVE will be carried out through Radio 3 and will allow the center “to work with the funds of Radio Televisión Española to create its own content for the Museum.”

“With these contents we will be able to produce videos and projections with performances that took place in the programs of the 60s, as well as work with all the archive material that the public channel has of Los Flechazos”, added Díez.

The second agreement will be signed with the SGAE, and includes an annual contribution for cultural programming.

“This agreement has been possible because they are very interested in the formative part of the project, whether it be for the training of cultural programmers, music master classes, as well as conferences,” said the Leonese musician.

An agreement that extends to the different presentations that the Club 45 Foundation will carry out throughout the country to present this project.

One of them will come from the hand of the SGAE in the autumn of this year, on a date yet to be determined, in the Berlanga Hall, in Madrid.

This room will host, for five days, the Club 45 Foundation programming and the presentation of the project, to which will be added a concert by Leonese bands and various exhibitions.

A presentation of the project that will begin at the end of this month at the AMUA Festival, which will be broadcast by Radio 3, as well as the one that will take place in October at the Bing Bang Vintage Festival in Las Palmas de Gran Canaria.