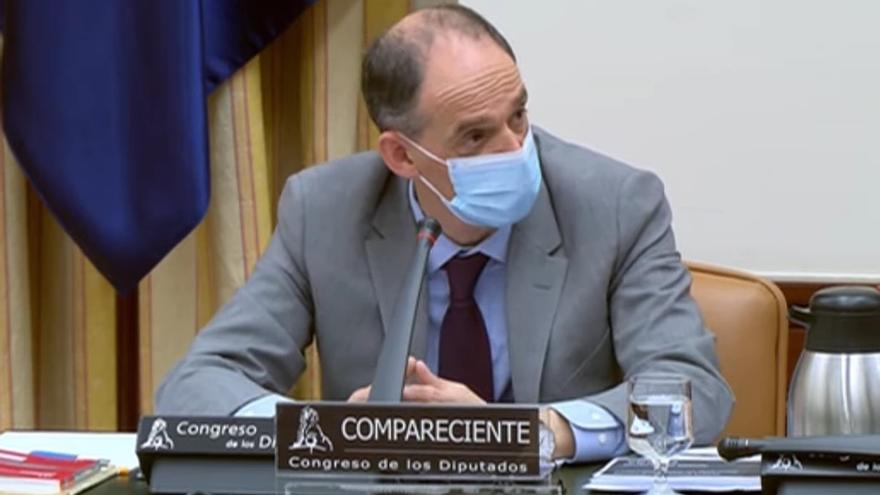 The police officer in charge of the investigation of Box B of the Popular Party has offered this Tuesday a complete account of the sabotage that the formation chaired then by Mariano Rajoy carried out the judicial investigation from the Government of the Nation. At the peak of the maneuvers to remove him from the case, Chief Inspector Manuel Morocho placed the Minister of the Interior at the time, Jorge Fernández Díaz. "You leave me a bleak outlook," the judge in the Kitchen case, Manuel García-Castellón, interrupted him at a time when Morocho was testified as a witness.

During his appearances before the congressional investigation commissions on the activities of the political brigade, in general, and the espionage of Bárcenas, more recently, Morocho had offered episodes of the harassment to which he had been subjected by his superiors when investigating the Gürtel and Gürtel cases. Box B under the orders of Judge Pablo Ruz. But today he has made details in the judicial headquarters unknown until now, such as that Fernández Díaz was behind the offer of a destination at the Embassy of Spain in Portugal to leave the case.

According to Morocho, the offer came to him in person from his direct boss, Commissioner José Luis Olivera, at the head of the UDEF at the time, at the height of the case of the box B. Olivera met with him, offered him the destination in Lisbon and Morocho refused. The commissioner was upset and then received a call: "Yes, minister, I am with him." Next, Olivera made him other offers that he also rejected, Chief Inspector Morocho explained, according to sources present in the statement.

The degree of pressure on the police officer was such that every time he went to report to Judge Ruz in his office at the National Court, the deputy director of operations, Eugenio Pino, was informed of it. They even provided Morocho with an email address by which he had to send the reports of the irregular financing of the PP to the police chiefs that the party had placed in those positions, to which Morocho refused, García told García this morning- Castellón.

The police officer has said that the obstacles to his work began at the end of 2011, but that the offer to leave the UDEF came before the summer of 2013. It so happens that Bárcenas enters prison in June and that is when he pulls the It blankets and rebels the irregular funding of the party in government for at least two decades. Also on those dates, Operation Kitchen is launched, which is being investigated by the judge in the Villarejo case.

Chief Inspector Morocho, which keeps working on a second derivative of box B, has assured that his bosses prevented him from putting in the reports the names of PP politicians who received bonuses from businessmen's black money, but that he managed to include them in an annex. That is when the astonished judge said that he was presenting "a bleak outlook."

Morocho has expanded on the pressure on a specific name that should not appear in the reports, that of the businessman Ignacio López Hierro, husband of the then general secretary of the PP, María Dolores de Cospedal, and now imputed in the Kithen case, as well that his wife, for participating in the sabotage of the case of box B. One of the commanders asked him to remove it, he refused, and the next day Villarejo wrote in his agenda: "Problem with Moroc.

With this work climate, Morocho and his collaborators, along with the judge, had to reinforce security measures against leaks when registering the Genoa headquarters and the Unifica construction company, the policeman explained.