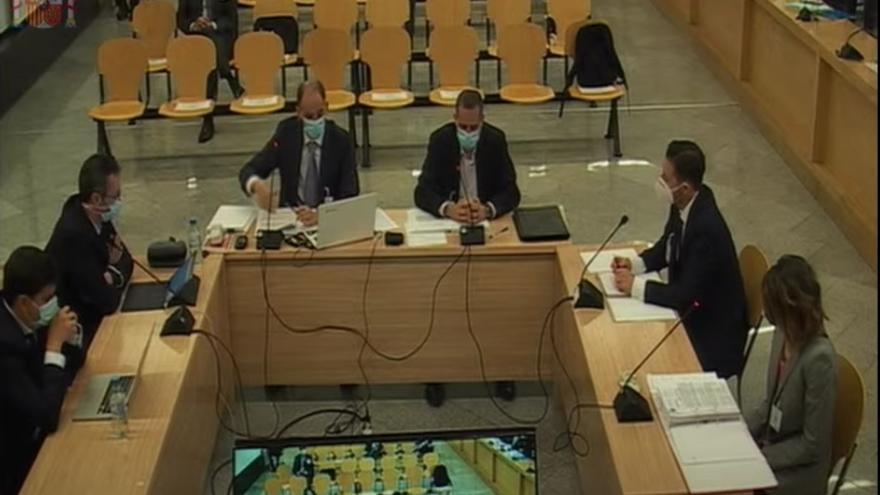 Chief Inspector Manuel Morocho, in charge of the investigation of Gürtel and Box B, declared this Wednesday in the trial of this last piece that the Government of the Popular Party used the Internal Affairs Unit of the Police to boycott its investigation, as published exclusively elDiario.es on April 1, 2014, information that was denied by the then Police Director, Ignacio Cosidó, and by the Minister of the Interior, Jorge Fernández Díaz, the latter in parliament.

At the end of three hours of tedious interrogation in the trial of box B to Morocho, the lawyer who represents Observatori Desc today has asked the following question: “Have you suffered attempts to separate you from this investigation or pressure or reprisals of any kind? ? ”. Morocho’s answer has been concise: “Yes.”

Next, the lawyer asked what type and the police officer has recovered the different complaints made by investigated against him and his companions and that one of them, number two of the Gürtel, Pablo Crespo, still maintains them “formally” accused in a court in Madrid.

Then he went on to explain something that happened coinciding after the opening of the investigation into the irregular financing of the PP, when this party was in government. “We had to make a statement in the unit that investigates the internal crimes of police officers, based on an alleged leak of information, which was uncertain, and what was sought was to generate pressure, tension, so that we would bend and not exert the mission we were entrusted with, ”said Morocho in reference to his performance as judicial police in the case of box B under the orders of Judge Pablo Ruz.

That April 1, 2014, elDiario.es titled: “Interior pressures with Internal Affairs to the police officers who are investigating the PP.” The text explained that without informing the judge, Internal Affairs, on its own, had summoned the members of the group that investigated Gürtel and Caja B for the alleged leak of a report on Ana Mato that was held by a hundred lawyers and that the police also found in the registry of the headquarters of Method 3 ..

The following Sunday, Cosidó was a guest on the program El Objective of La Sexta and Ana Pastor asked him for the information. Cosidó, who for now has escaped all the investigations that deal with the political police of the PP, replied: “It is not true that there has been an investigation of a unit of the National Police Corps in the terms in which you have referred ”.

At that time, Internal Affairs was directed by Commissioner Marcelino Martín-Blas Aranda, accused by Operation Kitchen, of the highest confidence of Ignacio Cosidó and one of the main leaders of the PP political brigade that acted in Catalonia and used his Unit to do field work against sovereignty without judicial authorization and prospectively.

The third way to sabotage the investigation was to remove Morocho from it, first by offering him “an apparently well-paid position” – a post in an Embassy, ​​according to police sources – that he “voluntarily” rejected and then with a transfer to collaborate. in other “economic investigations.”

In the latter case, it refers to the order of the then deputy operational director, Eugenio Pino, to combine his investigation of the PP with others that were carried in the nest of the political brigade, as Morocho recently reported more widely in Congress chen he appeared before the commission investigating Operation Kitchen.

Tags: b, Bend, Box, declares, government, He launched, internal, matters, police, PP, they were looking for, you