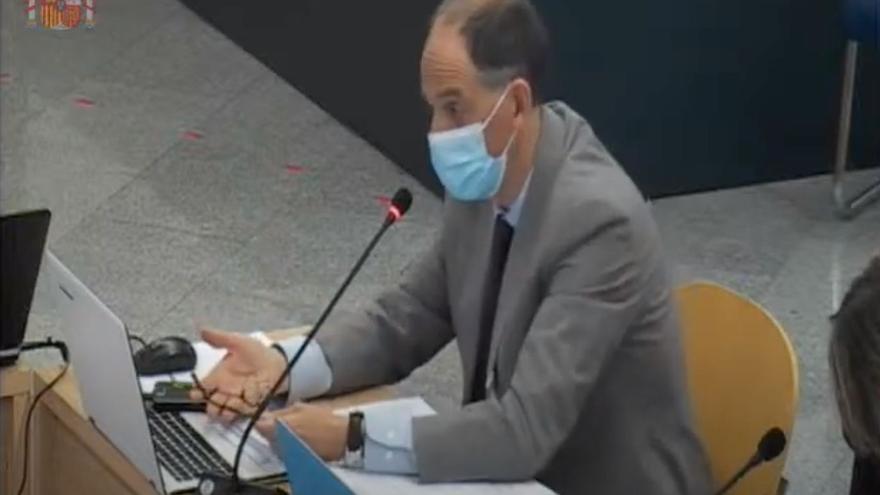 The police officer in charge of the investigation of box B of the PP, chief inspector Manuel Morocho, declared this Monday in the trial that if he did not propose to judge Pablo Ruz the search of Luis Bárcenas’ home when the scandal or other actions broke out, it was because Operation Kitchen to sabotage the investigation was already underway.

Morocho’s affirmation came during the question time of the PP lawyer, Jesús Santos, at the end of the day. Morocho had been receiving attempts to discredit his investigations from the rest of the defense lawyers when Santos asked him why he had not proposed, for which he was empowered, to search the house of the former PP treasurer after the publication of ‘El País’ in search of “pieces of conviction such as documentation or computer gates useful for research.”

The chief inspector recalled that in February 2013 his group received documentation from Switzerland about the funds that Bárcenas hid there and that by then “what is being investigated in proceedings 96/2017, seventh piece, was already underway”, Alluding to the case number of Tándem or Villarejo and the piece that investigates the espionage of Bárcenas with reserved funds. “Therefore,” he added, “any action that I did was monitored by the General Directorate of the Police.”

Morocho’s statement joins others made in recent days, whether it has been in court or before the investigation commission of Congress, regarding the pressures he suffered when he investigated the Popular Party and it was in the Government of the Nation. At the head of that General Directorate of the Police was Ignacio Cosidó, who is not being investigated in the Kitchen case, unlike his immediate subordinate, the Deputy Director of Operations Eugenio Pino or his immediate superiors, Francisco Martínez (Secretary of State) and Jorge Fernández Díaz (Minister of the Interior).

The lawyer of the PP has asked Morocho for his statement in the previous session that the reports of the General Intervention of the State Administration, to which the party repeatedly alludes to discredit the notes of parallel accounting, are “anachronistic and are outperformed by research ”. Those reports highlighted “inconsistencies” in Bárcenas’ notes that Morocho attributed to the fact that it was an accounting widely spread over time and carried out by hand.

“Aren’t they contemporaneous with other reports that you have presented here?” Attorney Santos asked. Morocho has said that he limited himself to reading what the investigating magistrate said, in reference to the fact that Pablo Ruz accepted Bárcenas’s annotations as good, as the National Court and the Supreme Court later did in judgment. “I limit myself to pointing out what the magistrate said,” the policeman said. “He hasn’t said it!” Santos replied.