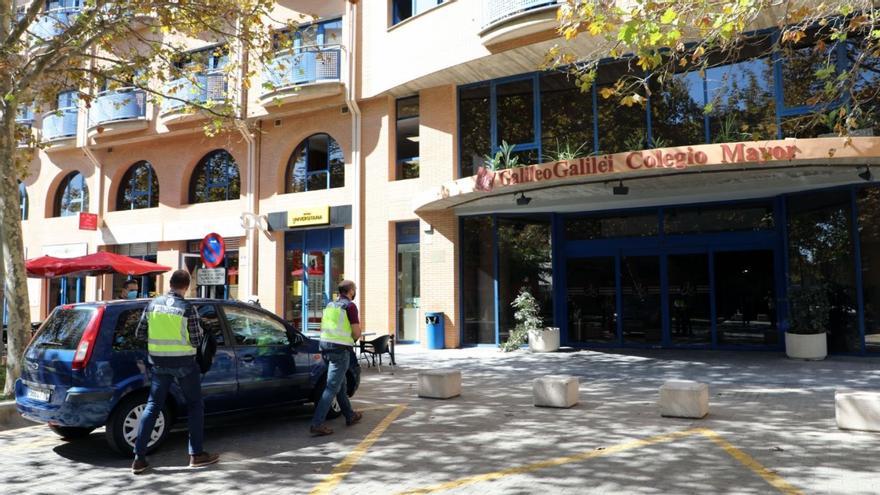 The police investigation opened as a result of the party that was held at the Galileo Galilei college and that caused the largest coronavirus outbreak detected so far in the Valencian Community with 168 positives, as well as the suspension of face-to-face classes the 25,000 students from the Vera campus of the Polytechnic University until this Monday, October 19, is in its final stretch.

The Minister of Justice, Gabriela Bravo, reported a week ago that the agents had identified a total of 40 students who attended the three parties that were held at the residence, one in the afternoon dissolved at 9:00 p.m. after notifying other residents to the concierge and this in turn to the National Police, and another two at dawn in two rooms, in all cases without any type of security measure.

Justice sources have assured this Tuesday that there are already 214 students identified by the agents, as a consequence of the viewing of the different videos uploaded to social networks, as well as the statements of the students themselves to the agents.

As explained by Bravo, the Autonomous Police proposes fines of between 600 and 30,000 euros for a serious infraction for the attendees identified in the parties, for those responsible for the residence hall for not guaranteeing security in their facilities, for the receptionists for not preventing the celebration of the parties and the members of the collegiate council, organizer of the party on the roof (although they allege that the party was called off the same day), some of whom also attended.

Once the police report is finished, the Department will open the sanctioning procedure in which the parties involved will be heard and the final sanctions will be determined.

The sanctions are based on Decree Law 11/2020, of July 24, of the Consell. According to the specific sanctioning regime against non-compliance with the regulatory provisions of preventive measures against COVID-19.

The decree considers serious infractions, “not respecting the capacity limits, as well as the prevention and hygiene measures on the part of the establishments open to the public when it supposes a serious risk that affects more than 150 people” and “organizing meetings, or parties of a private or public nature, that imply an agglomeration that prevents the adoption of sanitary measures or that minors and / or those over 65 are present “.

The serious sanctions also include the suspension or prohibition of the activity, the closure of the premises and the disqualification for the organization and promotion of public shows and recreational activities for a maximum period of six months.