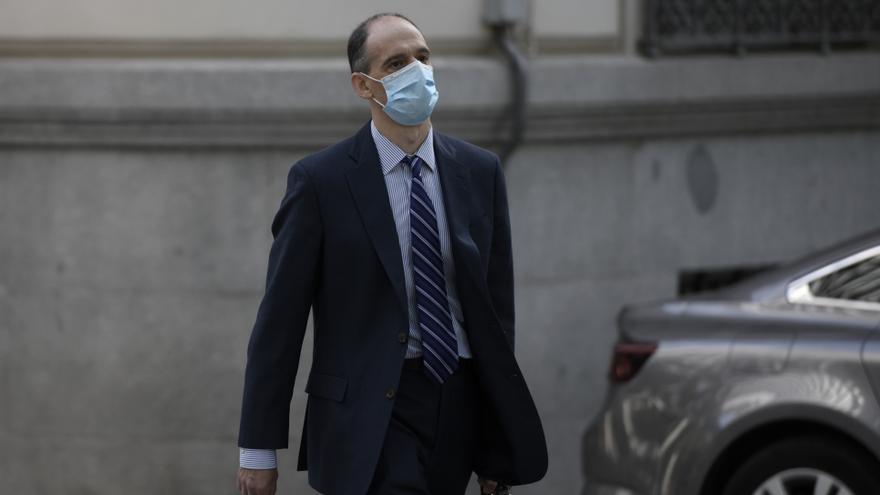 Chief Inspector Manuel Morocho declared this morning before the Kitchen case judge that his superiors told him that the Minister of the Interior at that time, Jorge Fernández Díaz, was rushing to conclude a report that ultimately allowed the imputation in the case of box B of the PP to the big builders of the country. "The minister says that we have to do the report on the construction companies now," Morocho assured that the controls were transferred to him in 2015, according to legal sources.

Morocho and his policemen tracked down all the contracts of each of the construction companies that appeared as donors of the Popular Party with the Administration. It was about establishing possible relationships between the inflows of black money to box B of the PP and the awards. The extensive work did not allow to establish that the donations were finalists, which caused Judge Pablo Ruz, with the agreement of the Prosecutor's Office, to file the case against a score of powerful businessmen when he did not find sufficient evidence of crime.

The efforts of Morocho and his policemen have allowed the bribery route to be reopened a few months ago and currently, Judge Santiago Pedraz investigates contracts of seven ministries of the Government of Aznar to builders donors of box B. This has been possible, in part, to the evidence found in other corruption cases in recent years that have been incorporated into the investigation of the case of box B. Morocho's testimony as a witness in The Kitchen case was picked up this morning and continues at this time.

To the names of the commanders who pressed him and who had transpired in his statement on TuesdayMorocho added that of the head of the Anticorruption Brigade, José Manuel Gudiña, who forced him to remove from one of his reports the phrase "the flow of money generates a propensity for favors." Another report, that of the Unifica company, which allegedly collected part of the Genoa reform in black money, took a month to reach the judge because its superiors continually reviewed it. On one occasion, after asking for corrections, he even said: "You have made it worse."

On the other hand, Morocho has explained to the judge that they forced him to remove the heading of the UDEF from the reports and that he did so only once. That order was transferred to him by the head of the unit himself, Manuel Vázquez, who replaced the recently accused José Luis Olivera in the position. Olivera, investigated for obstructing the investigation of box B of the PP, asked Morocho for the telephone number of Rosalía Iglesias, Bárcenas's wife, without being a command directly involved in the operation. The Kitchen plot would have been dedicated to sabotaging the case that was opened with the revelations contained in the 'Bárcenas papers'.

Morocho has told the judge that his commanders told him that he was "very hard" in the reports and that he was trying to make "newspaper headlines" with it, according to the aforementioned sources.