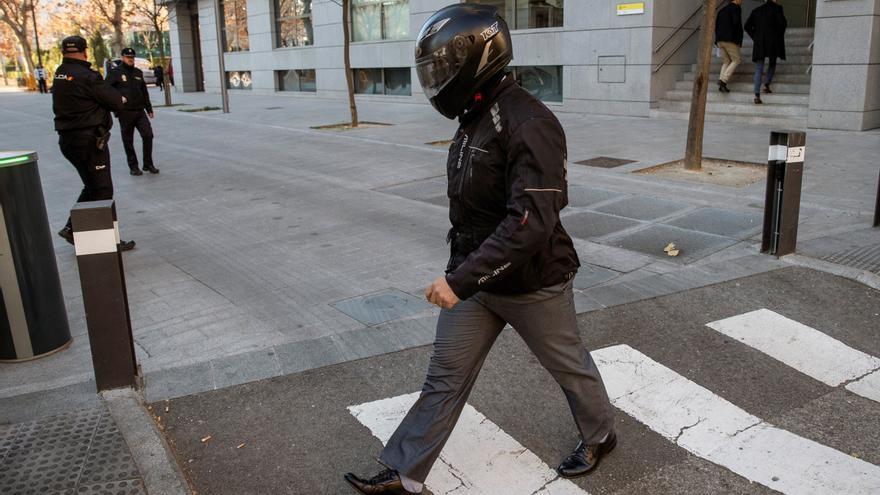 The policeman in charge of the investigation of box B of the PP has requested from the Kitchen Court various documentation, including that obtained in a recent diligence, the registration of the address of the former driver of the Bárcenas. Despite the fact that the Kitchen piece is not under secret, the judge in the case, Manuel García-Castellón, agreed that the registration of the address and the subsequent declaration of Ríos Esgueva should not be publicized.

In a police report, to which elDiario.es has had access, Chief Inspector Manuel Morocho claims “the intervened documents in which actions related to the operation on Luis Bárcenas take place, such as the generation of a hard disk with information by part of himself and Andrés Gómez Gordo, within the context in which the facts under investigation take place “.

The content of that “hard disk”, which has not been found in the records of those involved in the plot, would have those responsible for the party “scared to death”, according to some of the handwritten annotations that Rosalía Iglesias, Bárcenas’s wife , he did after visiting him in prison.

Regarding its content, Anticorrupción echoed in a letter, based on a recording seized from Villarejo. “In said conversation, both (Villarejo and the driver) talk about the problems of the Popular Party with Bárcenas and the possession that he would have of compromising material for the senior leaders of said political party Mariano Rajoy Brey, María Dolores de Cospedal García and Javier Arenas Bocanegra “.

That hard drive is one of the unknowns in the Kitchen case. The police have denied the judge its existence, assuring that the documents obtained in the operation are limited to notes from Iglesias herself and the content of the telephones stolen by the driver and handed over to the commissioner Enrique García Castaño.

That material from the telephones, another seized in Villarejo’s house on the donors of the PP Alfonso García Pozuelo and Joaquín Molpereces, as well as the messages deposited before a notary by Francisco Martínez and the statements of the commissioners involved in the espionage are also claimed by the inspector boss to incorporate the cause of box B.

Not in vain, the policeman alleges, this is information that the policemen, under the presumed mandate of the Minister of the Interior and his deputy, intended to “remove” the cause of box B, which Morocho continues to investigate today and the one that recently has obtained new indications that link awards of administrations governed by the PP with donations to its parallel accounting.