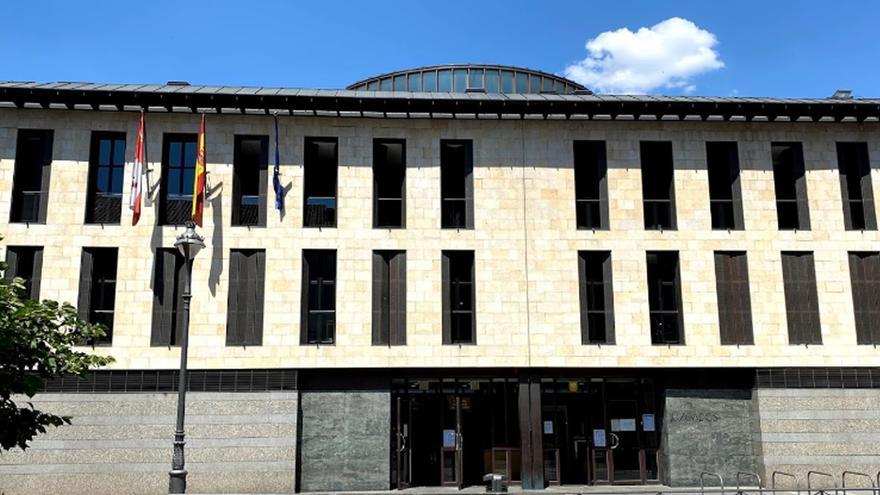 “It’s your word against his.” The victim had evidence, but the agents made Y. not report the tattoo artist who had abused her and who is currently convicted of what he did to her and two other women, a minor. The reprehensible action of the Women’s Attention Service (SAM), integrated into the Family and Women’s Care Unit (UFAM) of the Valladolid Provincial Police Station is reflected in the sentence that imposes five years in prison and two years of freedom monitored the perpetrator. The Police only investigated the events when they found “a public order problem”, since what happened ended up causing a rally in front of the tattoo artist’s studio, during which a moon was fractured. The existence of more victims, located by Y, led to the investigation of the facts being considered for the first time.

“This sentence cannot be started, prior to the analysis of the evidence, without failing to reveal a fact that is truly detrimental to any social awareness campaign against this type of behavior that overwhelmingly harms women, such as even In 2018, when the first events reported in this procedure occurred, still in official instances, in this case from a National Police Station, a victim of a crime of sexual content was demotivated in such a way to the point of that this one has to look for other ways of support to obtain that its initiative has judicial reception “, says the judge of Penal 3 of Valladolid. UFAM, a unit specialized in crimes of domestic violence, sexual violence and gender violence silenced the victim.

The behavior of the agents, he says, “could have concluded in the absolute lack of prosecution of some facts that have been repeated over time and for which the complainant, who was not collected, had a strong piece of evidence “. As reflected in the police report of July 27, 2018, the victim went to the Police Station to meet with the Family and Women’s Unit to tell what happened on the 26th at the defendant’s business and request advice to report the facts , where she was “informed of the possibility of reporting the facts and the course of the complaint”, she finally decided not to do so.

The account of this victim, whom the judge believes “completely”, leaves no room for erroneous interpretations. On June 26, 2018, he went to the tattoo artist’s establishment. He was going to get a tattoo on the upper left area of ​​his body. The same one that both the friend who accompanied her and a third one had made the day before. The realization of the tattoo lasted longer than it took for the two friends to do it the day before, and “when the drawing was finished, the defendant prolonged the touch-ups, taking advantage of it to, with Y. with his back facing the wall, push from his abdomen and his back to her so that she was almost out of the tattoo table and allowed her to rub his penis against Y’s left leg at the junction between the thigh and the gluteus. While the defendant operated the tattoo instruments he rubbed his penis against Y “.

Evidence was lost that would have prevented the victim from questioning

The young woman even asked aloud where her friend was and when she verified that she answered that she was in the same room, she ruled out that this action could be occurring until, after the defendant told her question that she had finished, she quickly returned from the stretcher and checked how the defendant kept his genitals completely out of the pants through the zipper opening, with the erect penis and noticing his pants wet with a soft substance that was not water, then leaving. “” Let’s go, I have I’ve seen it, I’ve seen it, it had everything out, ”the victim told her friend before leaving the premises.

When Y wanted to report the facts, the sentence says, “he even offered the pants he suspected of being stained with semen from the accused as proof that what he was denouncing was not a simple misunderstanding or a mistake due to an involuntary rubbing or touching, but rather that there had been complete sexual satisfaction on the part of the accused. ” For the judge, “police negligence” could have prevented a prolonged prosecution, since if the garment had been analyzed and it had been determined that there was semen “any excuse from the accused would be idle, it would have prevented the pilgrimage of statements and submission to constant questioning in his version and, of course, it would have facilitated the argument that the events occurred as Y tells it. ”

But the judge’s anger does not end there, it goes further by underlining that “any other less sensitized victim, any other less belligerent person or one who felt guilty for what happened would have abandoned their interest.” It does refer to the police rectification a week later, “although a very important piece of evidence was lost, it partially corrected the initial inefficiency.”

But it is that in addition, the judge highlights “the proactive behavior of the complainant without which, probably, these events would have remained in the complicit and silent anonymity in which the accused has relied since 2015.”

The young woman was “forced by the initial passivity of the police” to try to find more victims of similar events. This is how through social networks and mutual friendships, she learned that there could be more women in a similar situation and contacted one of them. The judge also refers to the “attempted lockdown” that he suffered through WhatsApp when someone who is not identified in the sentence, tried to make him incur some contradiction that would distort the complaint that he had not filed “due to police negligence” and He tried to coerce her by threatening her with a libel suit. “It has been, and on the one hand it is praiseworthy, and on the other lamentable, the strength of Y. and his decision not to turn the page which has made it possible to discover events as unfortunate and as serious as those present, and before which the Police Nacional only reacts when it fears a public order problem and realizes that at the appearance of the victim on June 27, 2018, there was much more reality than what was initially wanted to be appreciated, “laments the judge.

The subsequent police investigation would reveal that Y was not the only or the first of his victims and that there was a minor among them. From the Provincial Police Station they hardly pronounce on a matter that has exposed a unit, in theory, specialized in violence against women. “Appropriate measures will be taken to the case and of course always with the purpose of improvement”. The same sources did not specify which measures they refer to.

It is not the first time that the UFAM has been called into question. In 2017, a four-year-old girl died after a beating and brutal sexual assault by her mother’s boyfriend, who was also sentenced in the form of commission by omission. But it is that 22 days before the terrible outcome a doctor alerted the Police when the mother took the girl to the emergency room for some injuries in the mouth and detected that the girl was stitched up with blows and with poor genital hygiene. The UFAM, which dealt with the matter, believed the mother’s version, that the girl fell a lot, and that if she was someone responsible, it was the father, from whom she had separated. He assured that the man was in Romania and that she had suffered abuse. Not a single check was made, and no attempt was made to locate the minor’s father. The report was investigated as a case of gender violence while the calf continued to suffer attacks until she was murdered.