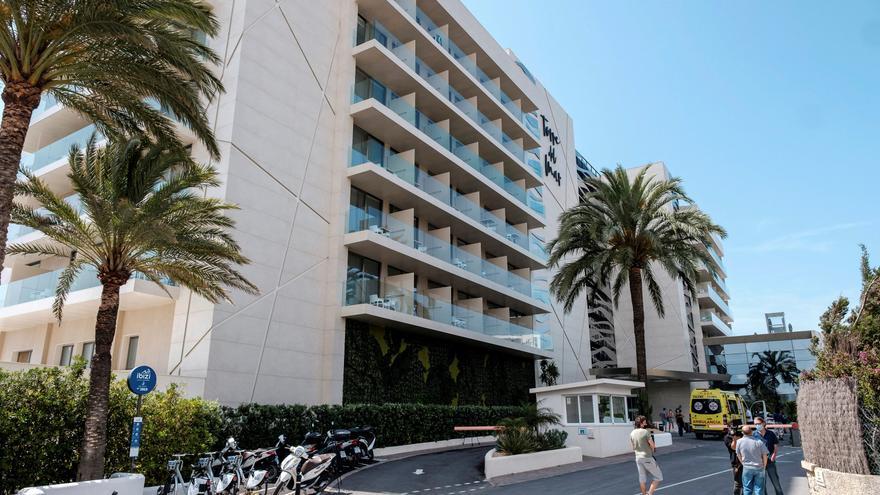 The National Police considers that the death of two young people, a man and a woman, this Thursday in Ibiza when they fell from a fourth floor of a hotel in Platja d'en Bossa, could be a case of sexist violence. It could be a death due to gender violence because the possibility is being considered that the 21-year-old woman, with dual Italian and Spanish nationality, died when she fell from the room where she was staying with her partner, a 26-year-old man, that he would have thrown himself into the void moments later, police sources have informed the media.

The National Police continues with the investigation and is taking witness statements to fully clarify the facts. The event occurred around 4.30 in the morning, the Ibiza City Council reported in a statement, when the Local Police received the 112 notice requesting assistance from two people hastily at the hotel establishment.

Upon arriving at the scene, the agents found the two young men dead. They were both staying in the same hotel room. The medical services that have only been able to certify the death of the two people have been transferred to the hotel and the judicial intervention protocol has been initiated.

The Scientific Police have been this morning collecting evidence in the hotel room and more experts from Mallorca are expected to join the investigation. If it is confirmed that it is sexist violence, it would be the second case in less than 24 hours after the crime last night in Porqueres (Girona) of a woman, whose partner is detained after turning himself in at the police station.