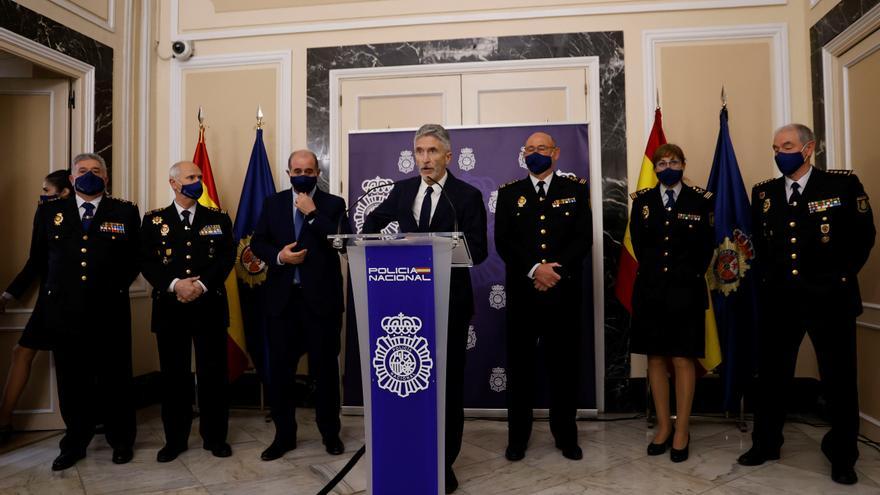 The General Directorate of the National Police will abolish the minimum height requirement to access the body, currently 1.65 meters for men and 1.60 for women, although the condition will be maintained to enter the intervention units police, the UIP and the UPR, and the Special Operations Group, the GEO.

The Minister of the Interior, Fernando Grande-Marlaska, announced these changes this Monday after holding a meeting with the director general of the National Police, Francisco Pardo, and those responsible for training and selecting personnel from the body with whom he discussed the new model of access to the National Police.

Specifically, the measure to eliminate the minimum height requirement to be able to sit the oppositions to access the body may start in the next call for tests scheduled for 2023.

Marlaska has highlighted that the measure contributes to breaking "one of the glass ceilings" that prevented women from accessing the body, since the current regulation was more restrictive in the case of applicants, and that its limit —1.60— it is only two centimeters below the average height of women, while in the case of men - 1.65 cm - the margin reaches up to nine centimeters.

With this change, which was also demanded by the majority of police unions, the National Police is on a par with other civilian police forces in European countries, such as France, Italy –Carabinieri and Polizia di Stato–, the Netherlands, Finland, Slovakia, Sweden, Norway , Austria, Ireland, UK, Romania, Denmark and the German Federal Police.

However, the minimum height requirements will be maintained to enter certain special units – UIP, UPR and GEO –, where height affects the effectiveness of the specific police work they carry out. This change will be included in a new regulation that will begin to be discussed with the trade unions in the coming weeks.

In the meeting held this Monday at the headquarters of the General Directorate of the Police, the creation of the new University Training Center of the National Police, approved on December 28, was also analyzed.

Marlaska explained that the Police is preparing the regulatory texts that will allow the start-up of this new center, "a key element" in the process of transforming the model of access, training and promotion in the institution.

"The new model will allow us to have better trained agents, with more knowledge and better means and, therefore, with greater preventive and operational capacity," the minister stressed.

Tags: except, GEO, height, it will be, minimal, no, police, requirement, uip