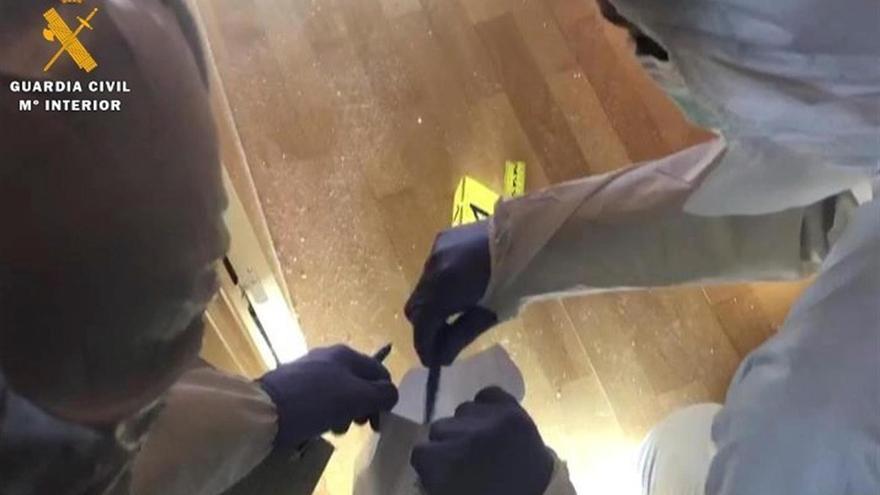 A fingerprint on the home of a woman found dead with signs of violence in her home in Logroño in October 2020 may be the key to uniting three cases, two of them unsolved. The first, the so-called ‘real estate crime’ for which Francisco Javier Almeida was sentenced to 30 years in prison. The second, the aforementioned death last year and, the third – this Thursday, October 28 – the kidnapping of a child in a park in Lardero (La Rioja) and his subsequent murder, for which Almeida has again been arrested. The Police are investigating similarities between that crime of the 1990s and that of last year, the investigation of which is still open.

The judge handling the October 2020 femicide case has asked that an unidentified fingerprint at the crime scene be compared with that of Almeida, arrested last week for killing a nine-year-old boy in Lardero. Almeida had been on probation since April 2020.

For his part, according to the police report to which he has had access The confidential, the ‘modus operandi’ of the murder of the Logroño woman bears similarities to that of the 1990s.

At first, the suicide line was the one that gained more force in the case of October 2020, although later the investigation changed course and a person was arrested for an alleged sexist murder. According to these police sources, the detainee was the partner of the woman found dead. Now that suspect remains on probation, as reported by LaRioja.com.

The investigation for this crime is awaiting the collation of an unidentified fingerprint found in the house, a building that had been under construction and through which different workers could pass.

The judge who is instructing this case has requested that it be compared with the DNA of the detainee for killing a nine-year-old boy in Lardero, a former repeat offender who served time for the murder and sexual assault of the so-called ‘real estate crime’ in 1998, in order to rule out any possible link.

As indicated by the Government Delegation, the reason why this investigation was not reported is a consequence of the summary secrecy that was decreed for some proceedings that are continuing, with several open lines.