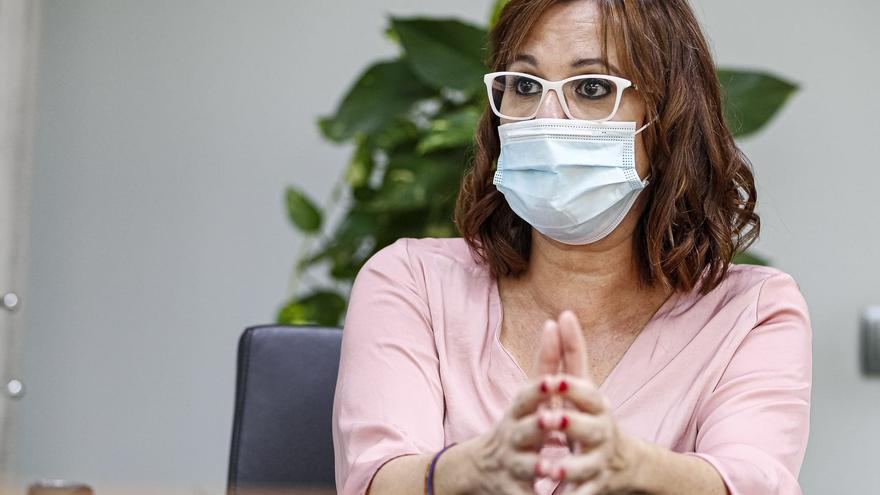 New episode in the case of alleged fraud in the Citizens’ primaries in the Region of Murcia, which has been investigated by a Cartagena court for a year and a half, and that this september he sent an urgent request to the orange formation. He asked you to send an informative dossier on the operation of the primaries within five days, in which the court sees evidence of the crime of computer damage, as well as identity theft.

The Economic and Fiscal Crime Unit of the General Commissioner of the Judicial Police (Udef) now accuses the party of Inés Arrimadas of hiding the fraud: “Given the absolute lack of real collaboration on the part of Ciudadanos and the company Lazarus Technology SL, who act jointly, rational indications are extracted that a fraud in the voting is being concealed, “they assure from the Udef in a report to which this newspaper has had access, dated November 6.

Lazarus Technology, the company hired by Ciudadanos, is defined on its website as a data recovery laboratory that offers the main insurance, retail and service companies. Currently, he continues with this activity and has specialized in Forensic Informatics and Business Continuity services.

According to the November 6 document to which elDiario.es Murcia Region has had access, the Udef is analyzing the information provided by Lazarus Technology “but the report provided by said company does not really respond to what is required by the Court”, if not to another previously commissioned by Ciudadanos “to question the report of the Empresa Peritaciones Tecnológicas e Informática SL, requested by Leonardo Pérez”, who denounced in March 2019 the alleged fraud in the results of the internal elections. Pérez was defeated in the primaries in which he faced Isabel Franco, current vice president of the Murcian Executive, who had great support from the national leadership and who was the winner (599 votes compared to 237).

“Demonstrating a blow is complicated because all the information is in the party’s possession, so the investigation is progressing slowly,” the complainant has valued in statements to this newspaper. “They are giving the data biased and with a dropper, it has taken more than 14 months, but even so the dossier is advancing”, continues Pérez, who adds that “we have twice asked the court to request geolocation from the telephone companies to avoid the loss of information over time. ”

Precisely, the lack of information provided by Lazarus Technology SL is due to the opinion of Udef that “it is trying to derive the issue through technical directions that have been frustrated by losing the IPs due to delay in response”. And they focus on “superfluous” issues where the user IDs of the votes cast are never connected with the real voters (names and surnames), since by facilitating such a connection it could be directly verified with the specific voter if they really cast such votes.

In October 2019, the National Police verified that the current vice president of the Murcian Government, Isabel Franco, added fourteen votes from two static IP (Internet Protocol) from other communities in the elections that designated her as a Citizen candidate for the 26M elections. The indications pointed to an alleged fraud in said telematic votes. And already in December, the court asked the party not to destroy any evidence related to the elections. Already the first computer expert report commissioned by Leonardo Pérez to ‘Tecnoperitaciones’ had detected that 42.93% of the votes in favor of Franco were cast from outside the community.