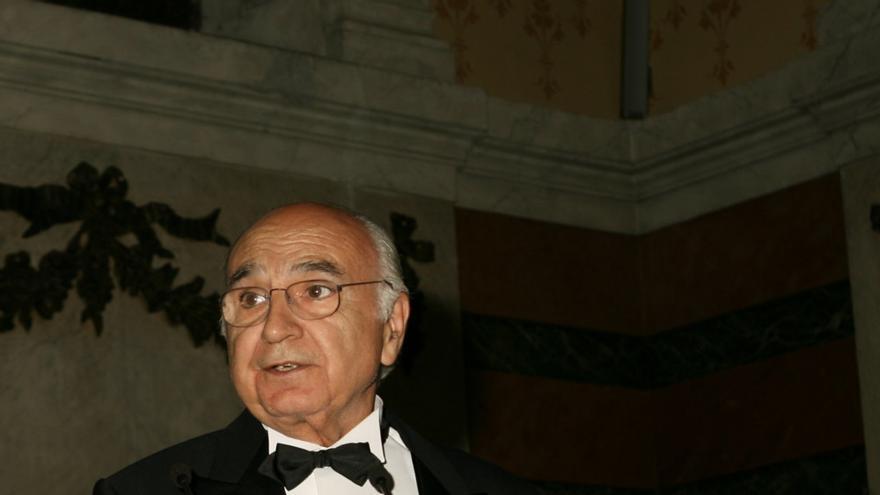 The poet Francisco Brines has been awarded the 2020 Cervantes Prize. He was born in Oliva in 1932. He has a degree in Law, Philosophy and Letters and History, he is a doctor honoris causa by polytechnic university of Valencia He has been a reader of Spanish Literature at the University of Cambridge and a professor of Spanish at the University of Oxford. He belongs to the so-called generation of 50, which included, among others, Claudio Rodríguez, Ángel González, José Agustín Goytisolo, Jaime Gil de Biedma and José Ángel Valente.

its poetic work has been recognized with numerous awards, including the Adonais Award for Embers (1959), the Critics Prize in the Spanish poetry category for Words in the dark (1967), the Valencian Literature Prize (1967), the National Poetry Prize for The autumn of roses (1987), the Fastenrath Award for The last coast (1998), the National Prize for Spanish Letters (1999), the Federico García Lorca Poetry Prize (2007) and the Reina Sofía Prize for Ibero-American Poetry (2010). Francisco Brines has gathered his work in Rehearsal of a farewell. Complete poetry, 1960-1997 (2012). He was named favorite son of Oliva, his hometown, in 2001. In 2016 he appeared Cloudy garden, a selection of his best poems along with other unpublished, and in 2017 Between two nothing, which includes ten unpublished poems and more than a hundred chosen by different friends, readers and scholars of his work. In 2018 it was published Poetic anthology, which «covers the entire career of the author, from his first collection of poems –Embers (1959) – to the last –The last coast (1995) -, in addition to ten poems published later, belonging to an unpublished book, which illuminate his last stage ».

The Cervantes Prize, which is endowed with 125,000 euros, has been decided by a jury in which the two winners in previous editions are, the poets Joan Margarit and Ida Vitale, as well as Eduardo Mendoza, 2016 Cervantes Prize, at the proposal of the Directorate General Book and Reading Promotion. The jury is completed by the director of the Royal Spanish Academy, Santiago Muñoz Machado; Tatiana Alvarado Teodorika, for the Bolivian Academy of the Language; Inés Fernández-Ordóñez, at the proposal of the Conference of Rectors of Spanish Universities, Juan Domingo Argüelles (Union of Latin American Universities), and María Luisa Castro (Instituto Cervantes).

The Miguel de Cervantes Prize for Literature in the Castilian Language confirms “the public witness of admiration for the figure of a writer or a writer, regardless of their nationality, who, with the whole of their work, has contributed to enriching the Hispanic literary legacy “, in the words of the Minister of Culture José Manuel Rodríguez Uribes. An award that is awarded to the entire literary work of an author.

Last year the award fell in the Catalan poet Joan Margarit Therefore, in 2020. What was not celebrated this year, due to the coronavirus pandemic, was the traditional ceremony for the Cervantes Prize at the Paraninfo of the University of Alcalá de Henares. The tribute to Joan Margarit was held on April 23 on the Internet.