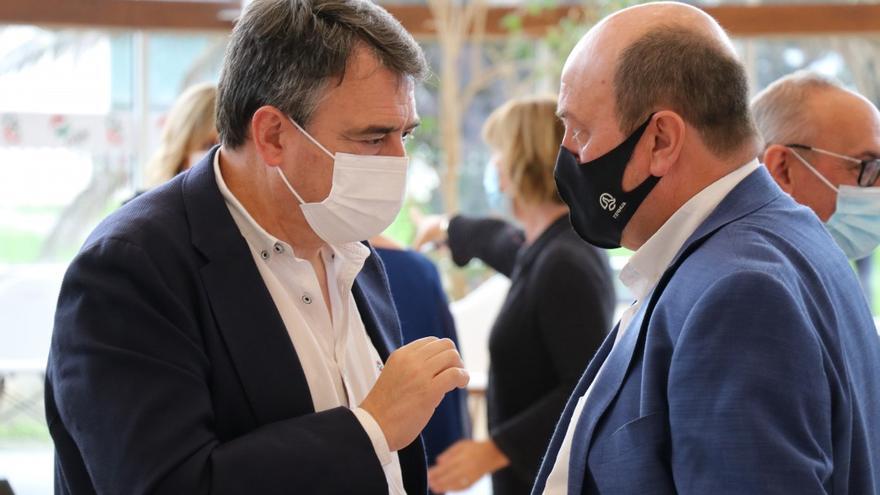 “The future of the economy is at stake, but also, you know, the future of your own government is at stake.” These words that last Wednesday the PNV spokesman in Congress, Aitor Esteban, addressed to the President of the Executive, Pedro Sánchez, dislodged a large part of the hemicycle. One of the main partners of the progressive government, with which the PSE also governs the Basque Country and which it now needs again to approve the newly presented Budgets, verbalized from the rostrum a clear threat.

Esteban hinted that if the Executive did not agree to modify the decree that cuts the benefits of electricity companies, which was going to be debated and validated a day later in the Lower House, the PNV could drop Sánchez de la Moncloa. He also did so with a tone hitherto unprecedented in the Basque nationalist leader, who has always boasted of his ability for dialogue and agreement in the Congress of Deputies.

The Executive is aware of its dependence on Basque training, which adds to that which maintains a ERC with its own demands to approve the new accounts. In an unprecedented gesture, the Government, whose two parties add only 155 seats of the 176 that are needed to reach an absolute majority, agreed to modify the decree, as Aitor Esteban had requested.

On Thursday, the Third Vice President and Minister of Ecological Transition, Teresa Ribera, assured during the defense of the text that The Executive will soften the cut in benefits to electricity companies, not applying the same to contracts that supply electricity to the industry at “reasonable prices”. In response to this, the PNV abstained in the vote to validate the decree, facilitating its approval by the minimum.

With its strategy, the Basque nationalist formation wanted to make it clear that it plans to fight for its interests in the negotiation for its possible support for the Budgets of 2022. All this after having felt aggrieved by not knowing the text of the accounts until the Government He presented it to the media. The ‘jeltzales’ also criticize that the document includes a minimum cut in the investment planned for Euskadi – which will receive 3.8% of the total, four tenths less than in the current accounts -, as well as the strategy that was not agreed with the PNV about the measures necessary to lower the price of electricity. The initial approach of the central Executive harmed Basque businessmen –particularly to the electrointensive industry–, a group traditionally related to Esteban’s party.

“If there is something that can bring down this Government, it is a devilish economic situation. If electricity prices continue to rise, the industry may collapse and the Government will have a problem in the street. What can harm the Government is not the speech repetitive and machacón of Pablo Casado, but the evolution of the economy, “the PNV spokesman warned on Thursday, in an interview on Cadena Ser.

Trying to highlight that discomfort with the Executive’s way of proceeding, in that same interview Esteban was annoyed by the unilateral agreement reached between PP and PSOE that Thursday to renew constitutional bodies such as the Constitutional Court, the Court of Accounts or the Ombudsman. “They have not informed us of anything, it is amazing. Let them cook it and eat it,” he lamented.

The economic policies will be one of the main demands of the Basque nationalists in the negotiation of the new accounts. But in addition, the president of the PNV, Andoni Ortuzar, has been ensuring for weeks that talking about Budgets “is very important to strengthen confidence and to generate more in the future.” In this way, the PNV will verify, he said, that “some things that were pending execution, not strictly budgetary, are already on track definitively.”

The PNV leader refers to commitments made both to support Sánchez’s inauguration in 2020 and to approve the 2021 Budgets. “It is not blackmail. If commitments that you have assumed are not fulfilled, with what security are we going to should we go to a negotiation of things for the future? “Ortuzar wondered last week.

The two main mainstays, in addition to the energy issue, are the transfer to Euskadi of the full transfer of the Minimum Living Income (IMV) and the promotion of the works so that the high-speed train reaches the three Basque provinces. The first issue has harshly confronted in recent months the PNV spokesman in Congress, Aitor Esteban, with the Minister of Social Security, José Luis Escrivá, who is reluctant to set a schedule for such a transfer. If fulfilled, that of the Minimum Living Income would be added to the recently materialized transfer of management of Basque prisons.

On the arrival of the high-speed train to the Basque Country, the Government delegate, Denis Itxaso, assured Thursday that the Executive maintains its forecast that the work will be completed in 2026, but both the Basque Executive and the PNV demand certainty that this commitment will be fulfilled before closing any budget agreement.

“There is time. If there is political will, we should be able in these next two or three weeks to clarify, before the budget negotiation itself, where we have the ‘debts’ of the Government of Spain with respect to Euskadi and the PNV, and how We are taking them forward “, warns Ortuzar.