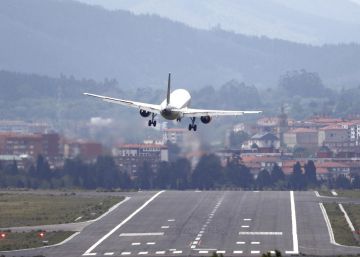 When it comes to moving long distance within Spain, lThe residents still prefer the plane, according to the data published this Thursday by the National Institute of Statistics (INE). Specifically, in the month of May, 3.6 million people were transported in this means of transport, 5.3% more than in the same month of 2018. ESpecial rebound recorded trips between the peninsula and the rest of the territory with a rise of 6.1%, while the peninsular and interinsular movement increased by 5.3% and 2.4%, respectively.

The birdHowever, it has also presented an increase in travelers. In total there were more than two million people who traveled on this high-speed railway, which meant an increase of 4.3% compared to 2018. The bus, meanwhile, was positioned as the third option chosen by Spanish residents, with just over one million passengers, 4% more.

In the case of public transport, there were more than 465.1 million passengers, which represents a growth of 3.7% compared to May 2018. The bus was the vehicle that achieved the best results in the fifth month of the year with 67.1 million passengers in short and medium distance, some data that mean a growth of 6.7% in the case of the first and of 4.9% in the second.