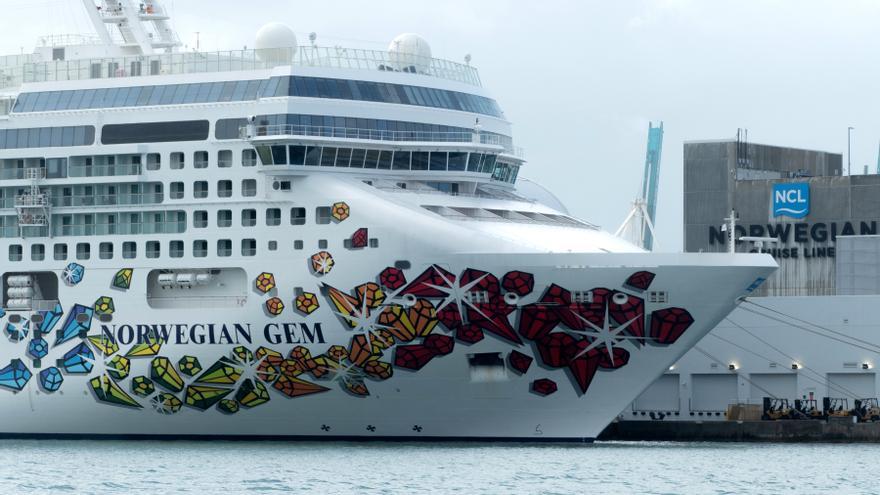 Miami, May 28 (EFE) .- The reactivation of cruises in the United States began to clear this week with the first ship approved to travel after more than a year of paralysis due to covid-19, but it still faces dilemmas, especially in Florida, home to the main ports to the Caribbean.

Although the Government of Joe Biden relaxed the restrictions on these trips, especially if there is vaccination of their passengers and crew, shipping companies face obstacles in Florida due to a new law that prohibits companies from requesting inoculation tests, considering it is a practice discriminatory “.

The shipping companies, however, plan to start sailing this summer from the ports of Miami, Everglades and Cañaveral, located in what is known as the “Sunshine State”, to end a paralysis of about fifteen months due to the pandemic.

A Royal Caribean ship was the first to obtain official permission last Wednesday with the commitment to have the more than 2,900 passengers almost fully vaccinated, when it set sail on June 26 from Port Everglades, in the city of Fort Lauderdale (Florida ), bound for Mexico and the Bahamas.

The trip is the first in the United States to be approved by the Centers for Disease Control and Prevention (CDC, for its acronym in English) since shipping in ports of the country was suspended in mid-March 2020 due to the covid-19.

However, cruises like this one, the “Celebrity Edge”, would be violating a new Florida law that prohibits the so-called “vaccine passports” against covid-19 signed by the governor of the state, Ron DeSantis, and that takes effect on 1st of July.

“We are going to enforce Florida law,” Republican DeSantis told reporters on Friday.

“We have laws to protect people and the privacy of our citizens, and we are going to enforce them,” he added.

His Government recalled that companies, be they cruise ships, restaurants or entertainment venues, that violate the law would be subject to a fine of $ 5,000 each time they require a so-called “vaccine passport” from a client to provide a service.

In this regard, a Norwegian Cruise Line spokesperson told EFE on Friday that they hope to “work with Governor DeSantis to resume” their operations “safely from Florida ports.”

Since last April 5, he recalled, they sent their reactivation plan to the CDC to resume operations in the US as of July 4, which requires that “all passengers and crew be fully vaccinated,” in addition to preventive measures including a universal covid-19 test.

Norwegian said it plans to restart Caribbean cruises from Florida starting next October with at least four ships departing from the ports of Miami and Canaveral.

Meanwhile, Roger Frizzell, communications director of Carnival, based in Miami, told Efe this Friday that the company has not yet made any decision on the matter of requiring vaccines and that they are working with federal authorities on the option of “undertaking simulated cruises in coordination with the CDC. ”

In addition, the company announced that they obtained this Friday the acceptance of the CDC to advance plans to operate in the ports of Miami and Cañaveral (Florida) and Galveston (Texas).

THE ADVANCEMENT OF VACCINES CLEARS NAVIGATION

At a time when the United States already has half its population on at least one dose of the vaccine, the CDC this week established that there are practically two cruise resumption options.

The first of these is to travel with 98% of the crew and 95% of passengers over 16 years of age vaccinated, an age that will gradually decrease as vaccines are approved for those over 12 years of age.

On these trips it is now at the discretion of the shipping company to require passengers and crew to wear a mask or maintain physical distance.

The other category is to make test trips, which do not generate income for the shipping companies, with volunteer passengers to see how the security protocols they have proposed work, without the requirement of vaccines.

Royal Caribbean also this week obtained permission from the CDC to set sail on June 20 on a simulated cruise with volunteer passengers.

For these trips, the CDC states that there must be enough volunteer passengers to meet at least 10% of the ship’s capacity, while the crew must follow COVID-19 quarantine and testing requirements.

Carnival, on the other hand, clarified that the first trips from Seattle (Washington) to Alaska will initially require vaccinations, as will its international cruises from the United Kingdom.

In addition, currently, he said, they have two of their brands operating in Europe and for the summer eight more plan to sail again, after indicating that “there is a repressed demand for cruises, especially among regular passengers.”