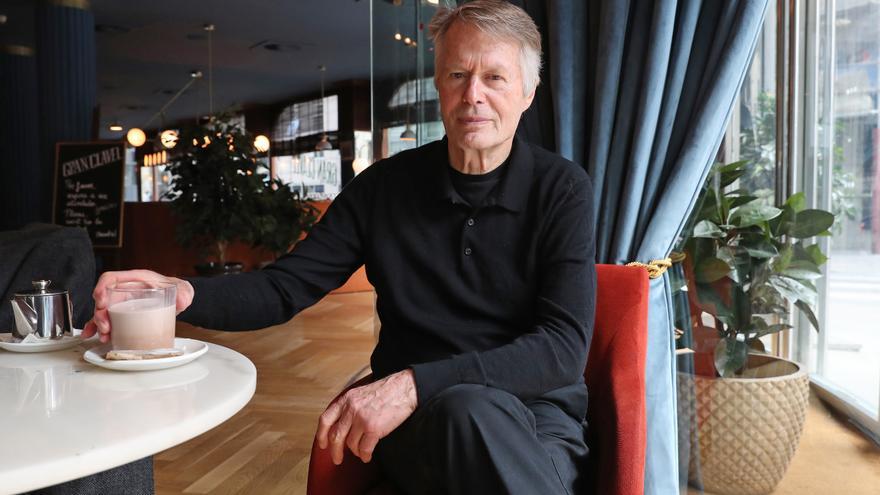 Madrid, May 29 (EFE) .- “The place of birth is the result of chance”, reflects the Nobel Prize for French Literature Jean-Marie Gustave Le Clézio, and for that reason he admits never having had the feeling of being rooted, although he did he identifies “with those who march to flee.”

“I have no doubt that his contribution to the cultures of Europe will be one of the most fruitful contributions of these times,” says Le Clézio in an interview with Efe about his latest work, “Childhood Song” (Editorial Lumen), a hymn to emotional independence and an overwhelming account of the first years of his life as a child of war.

Originally from a Brittany family who emigrated to Mauritius in the 17th century, Le Clézio (Nice, 1940), is one of the most widely read and considered novelists in France.

Until 1970 he lived between North Africa, Asia and America, and in that year he settled in Mexico, moving to Albuquerque, in the state of New Mexico (United States), later, where today he works as a professor of French literature.

The writer regrets that most of his contemporaries, and especially the rulers, do not think like him about immigration, one of the great issues of our time, and he wonders if they are right in preventing the displacement of migrants, because for him, ” Overcoming obstacles and crossing borders “is” inherent in human nature. ”

DISCOVER THE WORLD WITH THE LOOK OF A CHILD

In “Childhood Song”, Le Clézio, through two stories linked together, talks about belonging, love of the land and the discovery of the world through the eyes of a child.

Taking the witness from relatives, he is not sure that what he describes in the book has happened: “Some strong sensations such as hunger or the impact of the bomb next to our building in Nice were real, but then I did not know that it was called war, ”he confesses.

“I have been, in general, an economic migrant. Traveling, moving, discovering the other, adapting, learning another language, gives me great satisfaction. I enjoy some paradoxical situations such as writing about the ocean in Albuquerque, or reliving my emotions from Africa from a windowless cubicle in the National Library of Paris, “he says.

He is also aware of having “been fortunate to share the life of my wife, a woman from the Sahara who represents for me the most authentic expression of the strength of the displaced”.

“They take with them not the land, but the spirit of their country of origin, and they manage to reconcile very different worlds,” he says.

The author assumes nationalisms as “a very strong feeling, which can reject the other or invite others to share”, and which attracts him when he experiences emotions from his childhood in places that have survived time, but which he does not really share.

In modern societies, she explains, “women suffer a serious threat because a double yardstick is applied. On the one hand, freedom is claimed, turned into a kind of totem, and on the other, violence prevails at all levels. , in the shows, the words, the speeches… ”.

Despite having lived in a few, Le Clézio admits not being an expert on cities, although some like Stockholm seem more balanced than others like London or Paris, “difficult and rough except at night”.

That balance, he says, “is a matter of human warmth, of space, of softness in the color, of roundness in the angles. A matter of imagination.”

And he also reflects on the impact of the coronavirus pandemic in our lives: “It seems clear that we should draw consequences from this misfortune and strengthen the bonds that unite us, learn to be prudent, respect life. Travel less, dream more. It is a vast program … “.