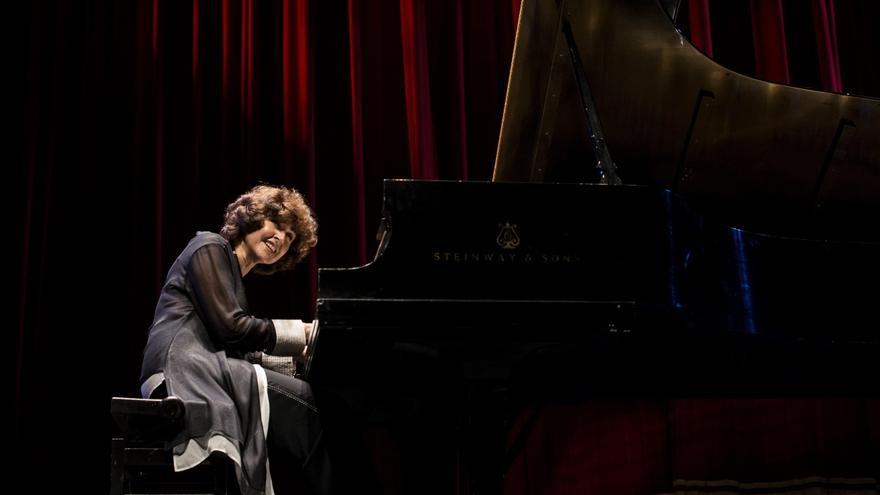 Madrid, Jul 29 (EFE) .- The dialogue between the discipline and the constraint of classical music and the genius and freedom of flamenco will form the backbone of a feature film about Manuel de Falla that constitutes the directorial debut of the pianist Rosa Torres-Pardo, in collaboration with actress Lucía Álvarez.

Under the title “Amores Brujos”, the team for this production has just started filming with a script by the playwright José Ramón Fernández and “the valuable poetic contribution” by Luis García Montero, according to the press release sent to the media.

This makes a journey through the life and work of the famous Cádiz composer, as well as his relationship with María Lejárraga, author among others of the libretto of “El Amor Brujo”, but hidden until now behind the name of Gregorio Martínez Sierra.

It is not the first time that Torres-Pardo and Lucía Álvarez have worked together, since for 3 years they have tackled productions of a different nature, whether they were theatrical, musical or audiovisual, such as the short film “Amanezca”.

Produced by MEZZOFORTE 111 in collaboration with FTF CAM, the film also has the participation of great music artists such as Cañizares, Israel Fernández, María Toledo, Carmen París or Rocío Márquez, among others.

Rosa Torres-Pardo, 2017 National Music Award in the interpretation modality, has stood out for focusing on the dissemination of Spanish music and on the recovery of the repertoire of national composers, combining various disciplines such as flamenco, poetry and dance.

Trained, among other places, at the prestigious Juilliard School of Music in New York and Hans Graff in Vienna, she made her debut at the Teatro Real in Madrid in 1987 with the German orchestra Philharmonia Hungarica under the baton of Jean-Bernard Pommier.

He has performed with the most important orchestras in the world, such as the Royal Philharmonic in London, the Los Angeles Philharmonic or the St. Petersburg Philharmonic, he is responsible for records such as “Russian Ballets (Prokofiev and Stravinsky)” and has collaborated on projects such as the film musical “Iberia” by Carlos Saura.