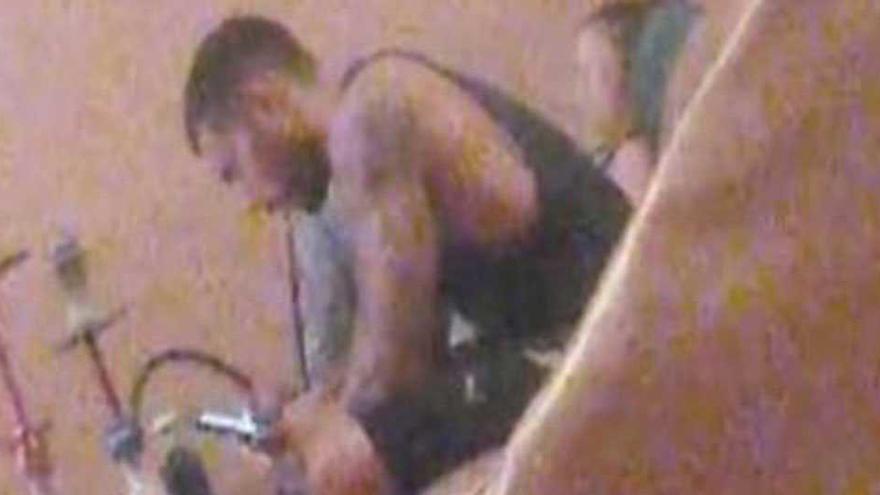 The detectives’ report on Tana, which appears in the investigation of the case, shows him several times going to the Osiris Sisha Lounge pub in Las Palmas at night, where he is photographed smoking shishas or hookahs. Thus, on June 25, the investigators who follow the soccer player see him enter the premises with his girlfriend at midnight. Both are “accommodated in the back of the premises, each one smoking a Shisha, while looking at the mobile phone and he is taking a bottle of water”, according to the report, prepared by the Mira Detectives agency at the request of the club.

On Saturday 27, his team played against Elche. Tana became a substitute again. That same night, the detectives follow him and see how he returns, this time alone, to the same place for drinks. As it does not go out, the investigators enter the premises and write what they see: “We see that the person under investigation is still comfortable in his chair, smoking a shisha and drinking a 7Up soda, while watching a football game on TV.”

Another of the days in which he is being watched, the soccer player from the Las Palmas Sports Union goes again to the Osiris pub, “which he accessed at 11:47 pm,” the report reads. A short time later, the investigators see how Tana “leaves the establishment together with the waiters, who are already closing the premises.” They all go to the footballer’s car and then go home, “a property that everyone accesses after parking next to the door.

Miguel Ángel Ramírez, president of UD Las Palmas, stated on the COPE network’s ‘El match’ program that Tana “has committed five serious fouls in five months.” El Periódico de Catalunya He has contacted Tana to obtain his version. The player assures that “what they have said (in relation to the club’s arguments about his dismissal) and what he says in the report (of the detectives) has nothing to do with it, there is no serious fault, much less in me behavior or anything that violates the internal regime “. Tana adds that “neither I nor my lawyers will say anything about the matter, we will only speak where we care, at the trial. There are always two versions of things.” And he concludes: “I will give mine to the judge.”

In addition to those late-night visits to the bar, the detectives record in their report that Tana drives over the speed limits. On one occasion, they are even unable to follow it and lose their trail. In another, on July 17, after training in the sports city of Las Palmas, the researchers note that the player “circulates at high speed on the highway, reaching 180/190 kilometers per hour, until he takes the exit 46, in the direction of San Fernando-Maspalomas “.

Injured and on the dock

After picking up a person, Tana goes to the Arguineguín dock. The detectives follow and photograph their steps: “they head to the port area, talking to a couple of men about a pleasure boat.” Investigators say that Tana and four other people talk animatedly, “taking off their shirts to put on sunscreen” while waiting for workers to lower a boat to go sailing. Something goes wrong then, because an operator calls the soccer player, who accompanies him to the boat. The man explains something to him that makes the crossing stop.

That day, his team was playing against Rayo Vallecano and Tana was not called up due to injury. In the dismissal letter, the Las Palmas board reproaches him for not keeping social distance or wearing a mask to protect himself from the coronavirus and for getting on and off the boat as well as making other movements without apparent problems despite his injury.

The report also includes images of the athlete going on his own and, according to the version of Las Palmas, without permission from the club, to a sports center called Las Cornisas. In those days, Tana was injured. He suffered from an overload in the gluteus.

On Saturday, July 3, detectives monitor the home of the soccer player’s girlfriend and photograph “the arrival of several people in the area, who after parking they go inside the chalet with bags and drinks in their hands.” The detectives do not see Tana enter or exit, but conclude that “it is clear that a party is taking place inside the chalet and it is unlikely that they will move elsewhere.”

The player had a contract until June 2023. The club included clauses in the agreement that penalize “non-sports conduct. Tana had been involved in an incident outside a nightclub in 2017 and vomited during training in February 2020. His coach, Pepe Mel, then asked not to “demonize” him and admitted that the athlete was “a bit lost.” In the dismissal communicated after the report of the detectives, the club states that he appeared “under the influence of alcoholic beverages” at two trainings.

The footballer defended himself through a statement posted on his Twitter account: “In the past I made mistakes, as anyone can make throughout his life, but currently I have a very clear conscience because my behavior has been totally professional” . Tana added: “My lawyers and I understand that there is no act of indiscipline or that it violates the internal regime and, therefore, there is no argument by which the club can terminate my contract.” The player warned that he will go “to the end so that nothing and nobody stains my honor as a professional and the whole truth comes out.”

In addition to Tana, detectives hired by the board of the Unión Deportiva Las Palmas monitored five other soccer players from the professional team. After receiving the corresponding follow-up reports, the club decided not to sanction any of them.